WOLF SPORTS ALERT Fantasy Consigliere tiered membership upgrade nearly complete. Original members will not be impacted. Thank you for your patience.
Home / frontfantasy / Making The Case For The No. 1 Pick In 2018 Fantasy Drafts: David Johnson 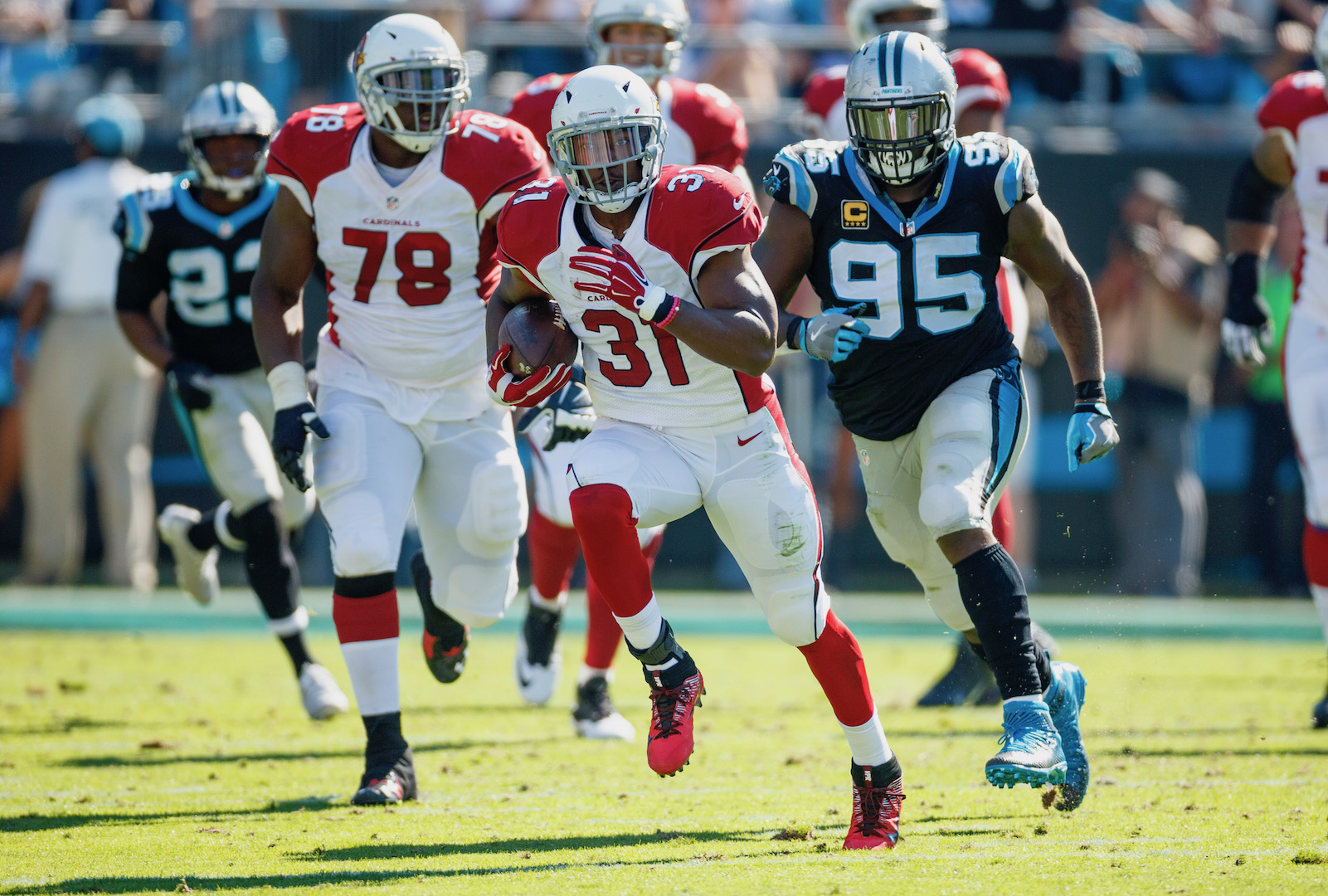 Making The Case For The No. 1 Pick In 2018 Fantasy Drafts: David Johnson


Rounding out the “Big Four” running backs based on FantasyPros expert consensus rankings that are in consideration for the top pick in drafts this summer is David Johnson, who will have his case made today. If you missed the first three days (Todd Gurley, Le’Veon Bell, and Ezekiel Elliott), you can check out the arguments for and against them with the top pick. For instant access to our premium draft rankings and much more, get Fantasy Consigliere now.

I think people forget just how good David Johnson is at football, as since entering the league in 2015, he ranks third in touchdowns (33), trailing only Todd Gurley (35) and Devonta Freeman (35). That includes last year when he basically missed the entire season, so over 33 games (and just 22 starts), Johnson has literally averaged a score per week to start his career. For my money, DJ is the best running back in the league with a unique blend of size, speed, smoothness, balance, and power, and you can never go wrong with selecting the best overall talent on the board. Remember, in his lone season as a full-time starter, Johnson rushed 293 times for 1,239 yards (4.2 YPC) and 16 touchdowns, also adding 80 receptions for 879 yards and four scores.

Johnson’s goal of 1,000 rushing yards and 1,000 receiving yards in a season has been well-documented, and this year, he has upped the expectations to 1,500 rushing yards and 1,000 receiving yards. With Sam Bradford under center and prepared to check down—which should be viewed as a positive for both Johnson and the Cardinals, as it’s something quarterbacks don’t do enough—Arizona’s offensive centerpiece should get plenty of opportunities to chip away towards 1,000 yards while potentially breaking off chunk yardage by doing damage after the catch. Plus, DJ is an exceptional route-runner that can track the ball at all levels of the field.

There might be concern about the new coaching staff not feeding Johnson like Bruce Arians did, and perhaps there is some validity to that. However, Johnson—who is set to enter a contract year—has never even reached 300 carries, and the Cardinals have high expectations with Larry Fitzgerald back. In other words, they should feed Johnson as much as they can, which shouldn’t be a problem after a nearly full year without recording a touch in the regular season. Also, it’s not like Johnson is coming off a torn ACL or some other leg injury, so he should be in peak physical condition with added motivation to earn a long-term deal and re-establish his dominance as the NFL’s forgotten superstar.

The starting five for the Cardinals was a weak spot in 2017, and the same is expected to be true this season. They did remake the right side with guard Justin Pugh and tackle Andre Smith, though, and both should be able to open holes in the running game. Also, for what it’s worth, I think the unit has done a great job run blocking so far in the preseason, and the bigger concern will probably be their ability to hold up in pass protection—which could actually play to Johnson’s advantage with more short passes.

That said, an offensive line that doesn’t hold up in pass protection wouldn’t be an advantage if it leads to Sam Bradford having a prolonged absence due to injury. People have finally started to realize Bradford’s talent based solely on his torching of the Saints in last year’s season opener with Minnesota, as Kurt Warner, David Carr, and others have recently called him a top-tier quarterback when he’s on the field. First-round pick Josh Rosen has talent in his own right, but he won’t take care of the ball like Bradford does, which could lead to fewer touches and/or scoring opportunities for Johnson.

Based on last season, Johnson will have two cupcake matchups against the Redskins (28th in fantasy points allowed to RB) and Rams (31st in fantasy points allowed to RB) to start the year. However, both teams have gotten significantly better against the run by adding pieces to their fronts, including Da’Ron Payne for Washington and Ndamukong Suh for Los Angeles. Plus, things will get even tougher for Arizona after that with games against Chicago, Seattle, San Francisco, and Minnesota. To me, Johnson is a matchup-proof, high-end RB1, but the schedule is something to keep in mind when choosing at the top of drafts.

I think David Johnson is the best running back in the league, but he seems to be forgotten coming off a lost season. Perhaps a best-case scenario for fantasy owners this year might be having the No. 4 pick with Johnson still on the board.