Home / frontfantasy / Making The Case For The No. 1 Pick In 2018 Fantasy Drafts: Le’Veon Bell 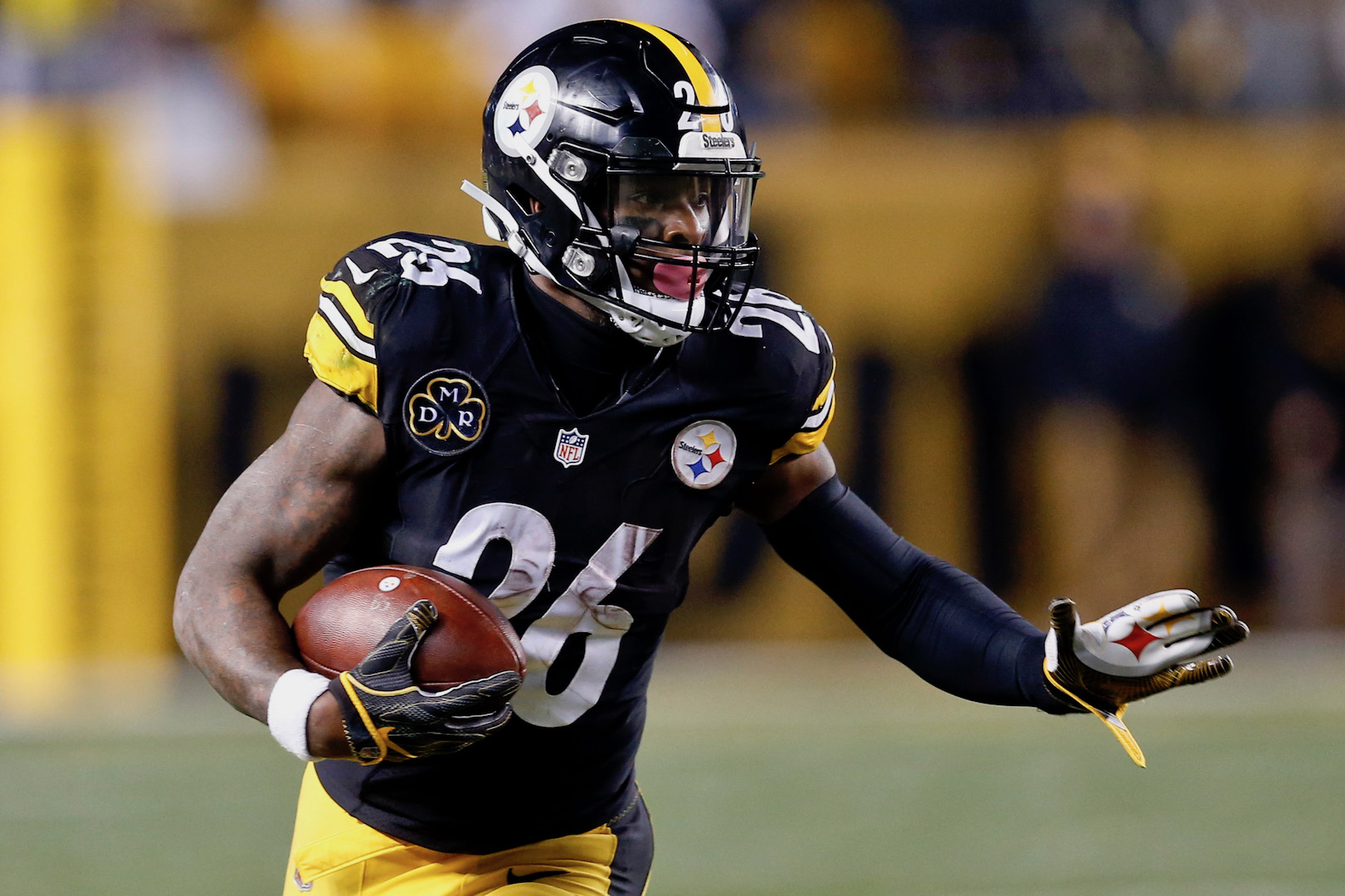 Making The Case For The No. 1 Pick In 2018 Fantasy Drafts: Le’Veon Bell


Yesterday, I made the case for Todd Gurley as the No. 1 pick in fantasy drafts, and today continues with the case for Le’Veon Bell. If you want access to our premium draft rankings (and much more) to see where we have each guy ranked, check out Fantasy Consigliere now… It’s an offer you can’t refuse.

Since entering the league, Le’Veon Bell has been the most consistent fantasy running back in the league—and it frankly hasn’t been that close. Last year, Bell had at least eight non-PPR fantasy points in every game besides the opener (because he was eased in after missing training camp) and the final game of the season (because the Steelers rested their starters). The 26-year-old is a high-end, matchup-proof RB1 that’s averaged over 1,900 total yards and ten scores over the past two seasons. Also, in his only 16-game campaign, Bell rushed 290 times for 1,361 yards (4.7 YPC) and eight touchdowns, also adding a career-best 83/854/3 line as a receiver.

He should be fed touches

This shouldn’t be a surprise after a season in which he totaled 406 touches in basically 14-and-a-half games (or 28 touches per game), but the Steelers are going to get their money’s worth with Bell being franchised for the second-straight year. Plus, the Michigan State product should be motivated to put up some big numbers as he seeks a long-term deal on the open market in 2019, and another efficient season with 400+ touches could show that he’s able to handle it unlike many talented backs before him.

With the team adding James Washington to a receiving corps that already included Antonio Brown and JuJu Smith-Schuster, some might be concerned about too many good players, but I think it just opens things up for Bell to dominate with more space to operate and more scoring opportunities to convert. It’s worth noting that once Ben Roethlisberger caught fire last season down the stretch after the bye week, Bell took off as a receiver with lines of 5/32, 9/57, 12/88, 5/106/1, 5/77/1, 5/48, and 5/28, including nine receptions for 88 yards and a score in the team’s postseason loss to Jacksonville. An up-tempo, pass-happy attack plays to Le’Veon’s game in my opinion.

It wasn’t a coincidence that Bell’s only game with fewer than 19 touches last season came in Week 1, as Pittsburgh limited his workload to just ten carries and three receptions after being away from the team all summer. There’s a chance that following the same routine will lead to another slow transition back, especially since James Conner has been really impressive this preseason with nine carries for 82 yards and a score. So, Bell being somewhat limited to start the year could be the difference between he and Gurley (or someone else) at the top of fantasy drafts.

Bell has actually missed 22.5% of his games due to injury, suspension, or rest since entering the league, which—just based on averages—would mean three missed games in the fantasy regular season. So far in his career, the All-Pro back has suffered a Lisfranc injury, a hyperextended knee, and a torn MCL, not to mention a concussion and groin injury that required surgery. As stated, Bell handled 406 touches in 2017, and even though he only played in 12 games two years ago, his 28 touches per game was in line with last season’s average, which could lead to a precipitous decline if his body begins to break down.

Will Bell be making any business decisions—whether that’s not selling out for a touchdown or not fighting through an injury—knowing that he’s almost certainly going to be playing somewhere else in 2019? To be clear, I’m not questioning Le’Veon’s commitment, but it’s something to keep in mind; the last thing a fantasy owner needs is their superstar back deciding to sit out in December for a minor ailment that he would play through with a long-term deal already signed, and that seems like a real possibility after such contentious negotiations with the franchise over the past two years.

When he’s on the field, there probably isn’t a more consistent fantasy option in recent memory than Bell, but fantasy owners need to consider his recent workload and contract issues when they are making their choice at the top of drafts.