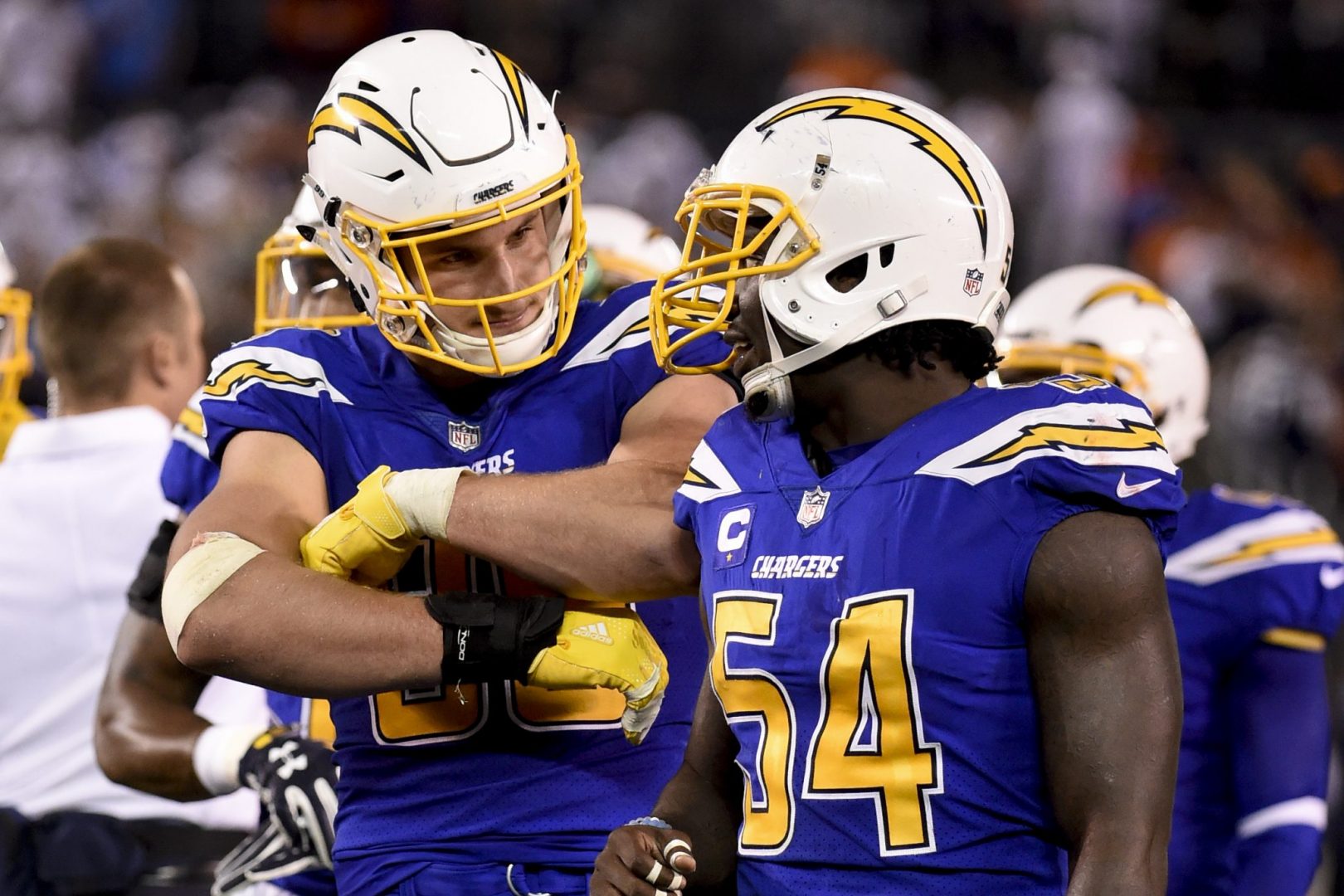 Most Improved Fantasy Football D/ST After The 2018 NFL Draft


In fantasy football, the offensive positions are more fun, and defenses can be very frustrating if they have a bad week. But D/STs can be the difference in a fantasy matchup, and they should not be treated as a throwaway position. Whether it’s in your draft or as a weekly streaming consideration in season-long or daily leagues, these five defenses could be on the rise as solid fantasy scoring units in 2018.

Last season was not pretty for the Broncos defensively. They had some solid weeks, but for the most part the defense looked nothing like the unit that dominated on its way to a Super Bowl 50 victory. Denver still has Von Miller, Chris Harris, and Bradley Roby among a group with talent, and many believe they got the steal of the draft with Bradley Chubb at fifth overall after Cleveland passed on him. The former NC State pass rusher has already been called a mixture of Miller and Khalil Mack by his new teammate, and the duo is a part of a deep and potent pass rush. The Broncos might be back in the top five D/STs this season.

There’s a lot to get excited about for the Bears. They dealt with some injuries last season but were still the seventh-highest scoring D/ST, they kept defensive coordinator Vic Fangio even with a head coaching change, and they added Georgia linebacker Roquan Smith with their first-round selection. Considering the offense should be a lot better, Chicago’s defense might soon emerge as an elite fantasy unit.

With four negative scoring weeks last year, Tampa Bay was not an ideal fantasy D/ST option. However, they clearly attempted to upgrade the defensive line this offseason, including with first-round selection Vita Vea. The former Washington defensive tackle is massive, and he’ll help both as a run stopper and pass rusher. The Bucs already have a very good group of linebackers, so it’ll come down to the secondary stepping up. After being dead last in 2017, they could be at least a streaming option in 2018.

A hot finish to end the 2017 regular season propelled the Chargers D/ST to the sixth-highest scoring total for fantasy defenses last season, but they could be even better this year. Los Angeles’ first four picks of last week’s draft were all on the defensive side of the ball—including highly-touted safety Derwin James. Also, they have cornerback Jason Verrett returning to form one of the league’s best cornerback duos with Casey Hayward.

They played well at times last season, but the cornerback group for the Packers was too inconsistent to trust their defense in your fantasy lineup. Green Bay totally overhauled the position in the draft, selecting Louisville’s Jaire Alexander in the first round before selecting Iowa’s Josh Jackson in the second round. Both Alexander and Jackson had a knack for taking the ball away in college, and that could continue in the NFL. Also, if Aaron Rodgers stays healthy in 2018, it would take a lot of pressure off the defense and allow them to play with more leads.