WOLF SPORTS ALERT There may be temporary login issues due to site maintenance. Thank you for your patience!
Home / frontfantasy / Outside The Box Candidates To Lead Each Position In Fantasy Points 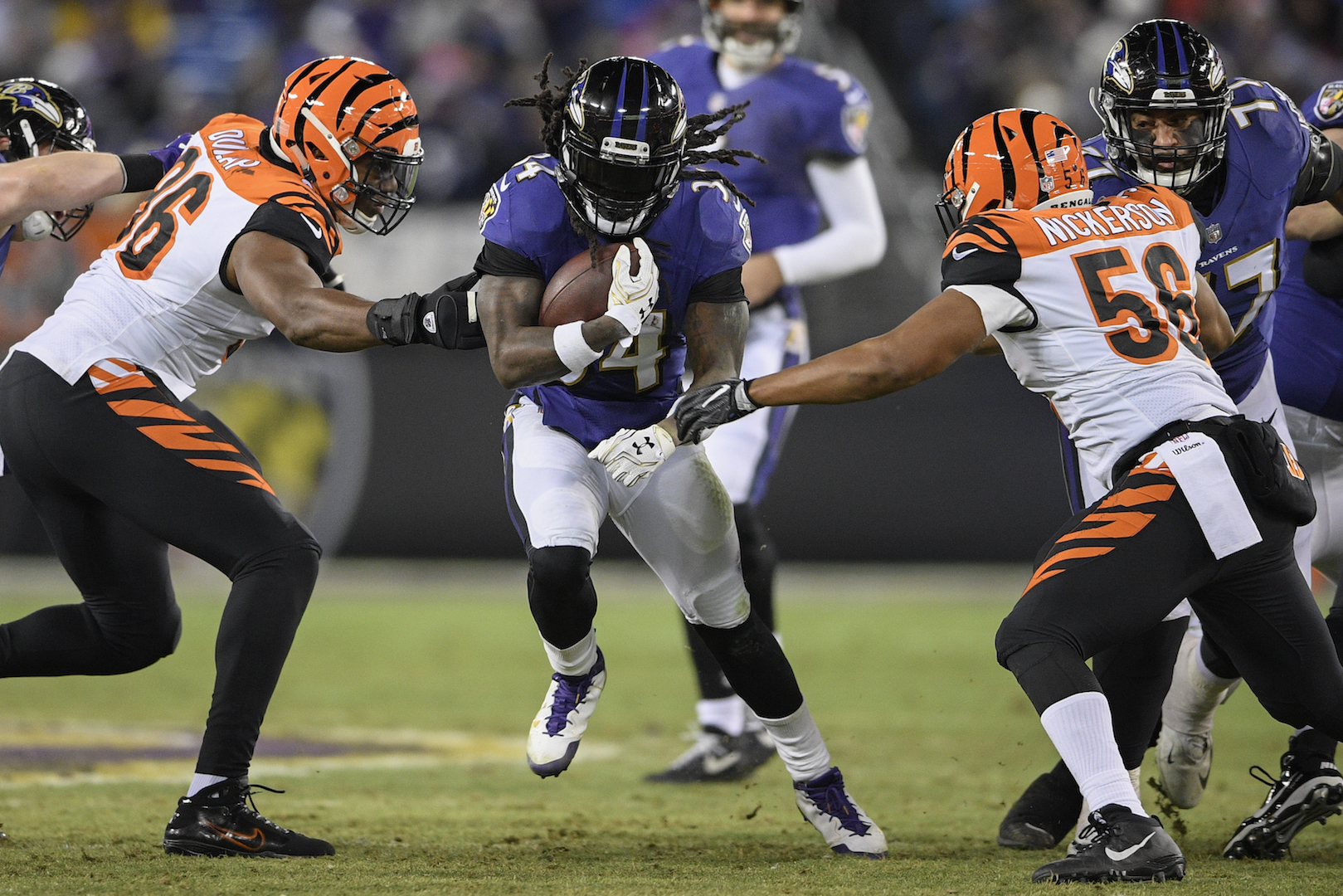 Outside The Box Candidates To Lead Each Position In Fantasy Points


Typically, it’s safe to assume only a select number of players have the potential to lead their position in fantasy points for a particular season. Last year, for example, all the fantasy leaders at the skill positions in standard leagues (Russell Wilson, Todd Gurley, DeAndre Hopkins, and Rob Gronkowski) were at or towards the top of their respective positional rankings heading into the 2017 season. This year, it’s unlikely to be any different, but who are some deep, outside-the-box candidates that could dominate in 2018?

This time last year, I don’t think even the most ardent supporters thought Carson Wentz would make a sophomore leap all the way to the moon, and if not for a torn ACL in December, he might have been the overall QB1 in 2017. Mitchell Trubisky is very much in the same boat after showing flashes as a rookie; not everyone is sold on the former No. 2 pick, but Chicago now has an offensive-minded head coach, a legitimate number-one receiver, and excellent complimentary weapons. Trubisky could shatter expectations in his second season.

Sitting rather comfortably in RB2 territory, Alex Collins isn’t quite as outside the box as my picks at other positions, but I think a lot of people are hesitant to take him at his fourth-round price tag after being burned by Isaiah Crowell last year. However, Collins is a much more dynamic talent the current Jets running back, so he should be able to take advantage of a powerful offensive line on a Baltimore offense that has more threats outside than they did in 2017.

Jordy Nelson has finished as the top fantasy receiver before, but he’s not even considered a starting FLEX option right now, so he certainly qualifies as an outside-the-box candidate. People are quick to forget, but Nelson was actually leading the NFL in receiving touchdowns last year (six in five games) until Aaron Rodgers was injured. The 33-year-old should be able to slide right in as Derek Carr’s most-trusted weapon in the red zone, and it wouldn’t be surprising to see them connect for double-digit scores.

Tight end is the most difficult position for this article because guys don’t usually vault from relative obscurity to superstardom (and the fact that Gronk will probably finish as TE1 if he doesn’t miss more than two or three games). However, Ricky Seals-Jones has the size and athleticism to be a mismatch nightmare with pinpoint Sam Bradford throwing passes, and defenses will need to focus on David Johnson, Larry Fitzgerald, and Christian Kirk.

It seemed as if Dallas was a unit to shy away from for much of the 2017 season, but they actually finished as the 14th best fantasy defense. I don’t understand why are they currently ranked as a bottom-six D/ST despite adding first-round pick Leighton Vander Esch to the group. If Sean Lee stays healthy and the secondary plays up to their potential, the Cowboys could surprise people defensively.

A rookie kicker finishing first at the position? It’s certainly possible. Daniel Carlson has top-notch range, and whether or not you think Kirk Cousins is an overall upgrade for Minnesota, he hasn’t been great in the red zone throughout his career, which could mean plenty of field-goal opportunities for the Auburn product. Plus, we know the Vikings defense is going to stay off the field, and there’s no reason to believe the offense won’t be able to move the ball.