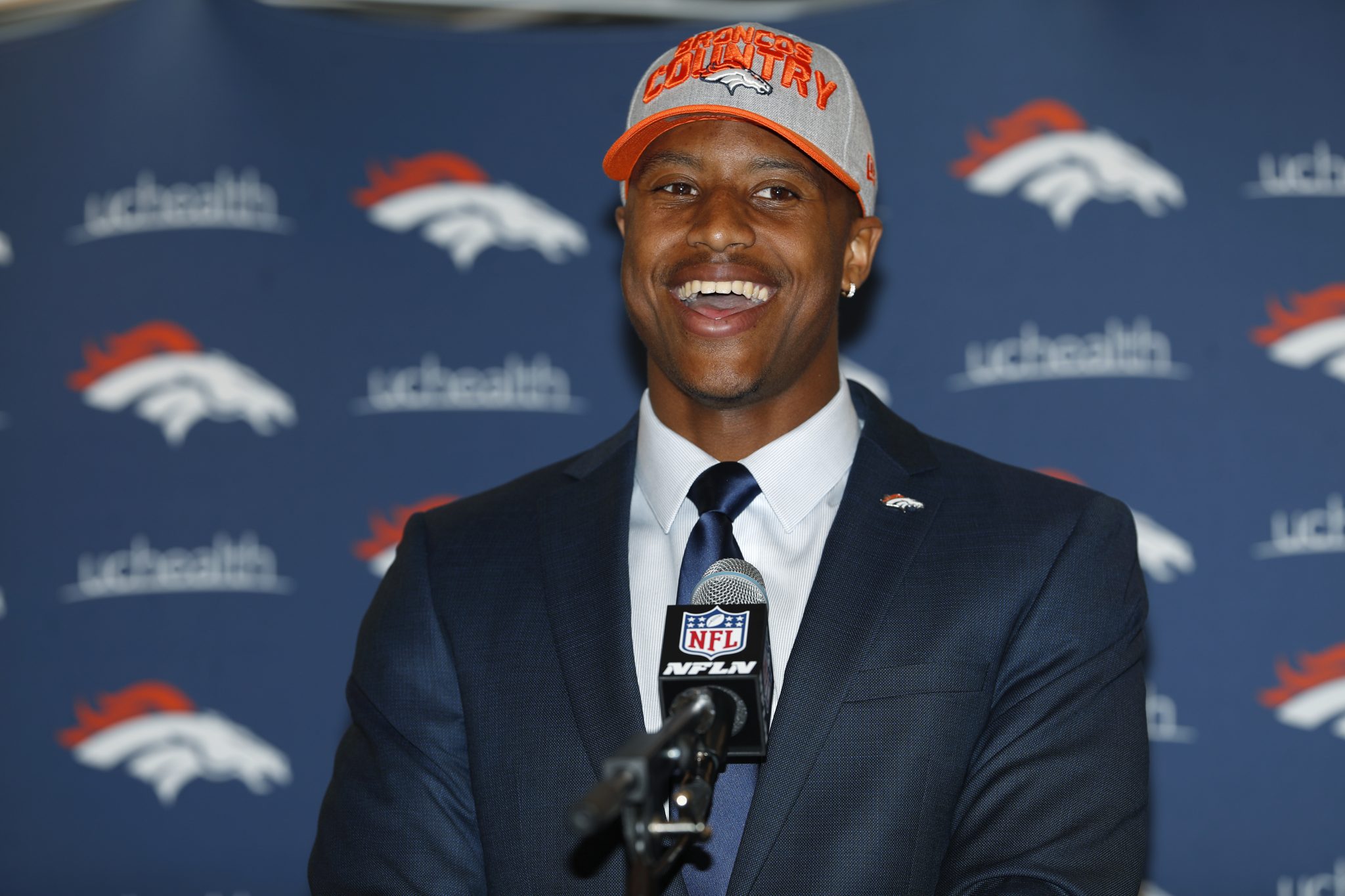 Ranking The Fantasy Outlooks Of The 2018 Rookie Wide Receivers


Wide receiver seems to be the most difficult position to predict early-career impact from a fantasy perspective, and that was certainly true for the 2017 season, as second-rounder JuJu Smith-Schuster outperformed top-ten picks Corey Davis, Mike Williams, and John Ross—combined. Still, fantasy owners just need to look at all the factors (talent, opportunity, injury history, quarterback play, schedule, etc.) to hopefully make the correct choice in drafts this summer. Here is how I rank the outlooks for this year’s class as of now, but it’s obviously subject to significant changes before the season. If you missed the quarterbacks or running backs, you can check them out, too. [Note: only wide receivers from the first three rounds are included]

Because of the Saints’ offensive talent, Tre’Quan Smith is an easy call for the last-ranked spot on this list. However, he has the size and speed to make an immediate impact if the opportunity presents itself, and having future Hall-of-Famer Drew Brees throwing the ball will certainly make things easier. Still, he probably needs an injury to hop ahead of Ted Ginn or Cameron Meredith on the depth chart behind Michael Thomas.

It will be interesting to see what kind of role Dante Pettis has for the Niners, but his biggest value this season could come in the return game, as Pierre Garcon and Marquise Goodwin should be on the outside, while Trent Taylor seems to be Kyle Shanahan’s preferred option in the slot. If that’s the case, Pettis is probably better left on the waiver wire in redraft leagues for his rookie season.

James Washington will likely be the prototypical boom-or-bust option as a rookie, but that could still lead to fantasy gold at times in Pittsburgh’s high-powered attack. The former Oklahoma State star should slide right into Martavis Bryant’s old role, and while he might not be as explosive, he simply finds a way to get behind the defense, so one play could single-handedly win you a fantasy matchup. The fact that Washington is this low says a lot about the uncertainty and depth at the position.

It also might be surprising to see Ridley this low, but he’s basically in the same boat as Washington on an elite offense that already has plenty of top options in place. Still, Ridley’s on-the-ground skillset meshes well with Matt Ryan and his pinpoint accuracy at all levels of the field, and he could quickly turn into a great Robin to Julio Jones’ Batman.

Another receiver with two established receivers ahead of him on the depth chart, Courtland Sutton could face competition from fourth-round pick DaeSean Hamilton for snaps in the slot if Demaryius Thomas and Emmanuel Sandes stay outside, but I think it’s more likely that the veterans play all over the formation and allow the No. 40 pick to get on the field. And remember, Case Keenum has had success throwing to a big target when he helped make Kenny Britt a 1,000-yard receiver in 2016 with the Rams.

Michael Gallup should earn immediate playing time in Dallas, which is why he ranks ahead of talents like Ridley, Sutton, and Washington. The Cowboys are hoping he is able to create separation for Dak Prescott, who is in need of a big-time receiving threat with Dez Bryant and Jason Witten both gone, and Gallup might be undervalued in fantasy drafts because he wasn’t a household name when it comes to draft prospects.

Miller seems to have a nice opportunity in Matt Nagy’s offense, as his skillset is an ideal compliment to downfield/possession threat Allen Robinson and downfield/speed threat Taylor Gabriel. The Memphis product might even be able to kick Gabriel out of two-wide sets, and that would lead to quite a bit of open space with Robinson demanding attention on the other side of the field.

Jacksonville is at least five deep at wide receiver with Donte Moncrief, Marqise Lee, Dede Westbrook, Keelan Cole, and now D.J. Chark all on the roster, but the rookie out of LSU has the size (6’3”) and speed (4.34 40-yard dash) to get past NFL defenders with ease. Even in a situational role, Chark might be able to make an impact like the aforementioned Martavis Bryant did when he broke onto the scene in 2014 with eight touchdowns and 21.1 yards per reception on just 26 catches.

I have a feeling a lot of fantasy analysts will downgrade Kirk this summer because he will play outside after spending a lot of time in the slot for Texas A&M, but that would be ignorant and incorrect. The Arizona native has all the tools to produce on the perimeter, and defenses should be focused on Larry Fitzgerald and David Johnson for the most part. Kirk could be a star if Sam Bradford stays healthy.

The Panthers made D.J. Moore the first wide receiver off the board last week, but draft status isn’t the reason for his favorable outlook heading into 2018. Instead, I believe his path to becoming the “alpha” in Carolina’s receiving core (compared to other rookie wideouts in their respective offenses) is the biggest reason to be excited about the No. 24 pick. Devin Funchess is a solid option, but he is probably best suited as a high-end complimentary option, which should allow Moore to be featured in Norv Turner’s attack. There probably isn’t a better combination of floor and ceiling in this year’s rookie class.