WOLF SPORTS ALERT There may be temporary bugs due to site performance upgrades. Thank you for your patience!
Home / frontfantasy / Should Fantasy Leagues Adopt A Substitution Rule For Players Injured Early In Games? 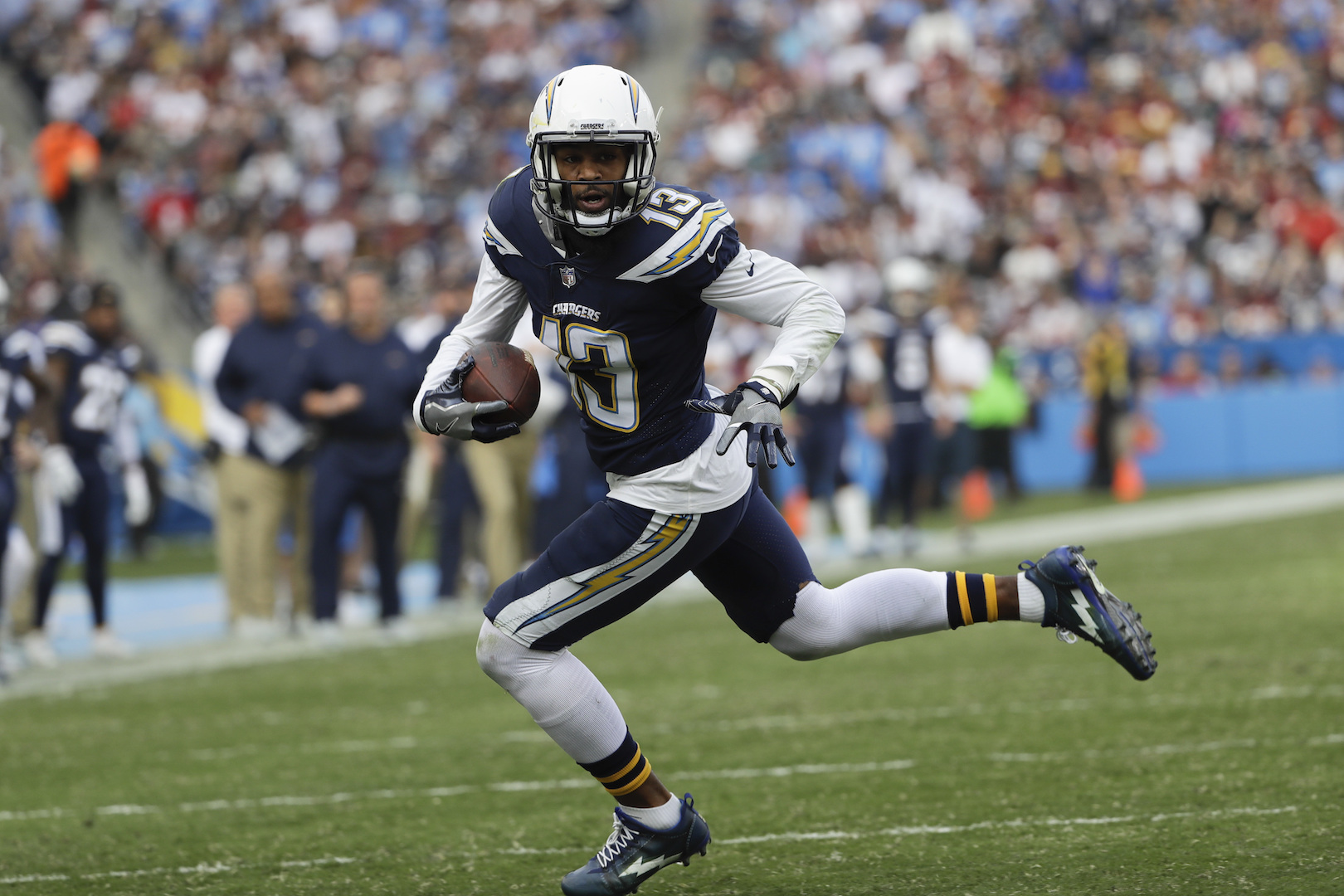 Should Fantasy Leagues Adopt A Substitution Rule For Players Injured Early In Games?


There’s still one game to go tonight, but over the weekend, many fantasy football owners had their seasons come to an end in the fantasy football playoffs. For many, it might have been a crushing loss where some of their best players were injured early in the game, giving them zero or virtually zero points in just a short amount of playing time.

On each of Thursday, Saturday, and Sunday, three big fantasy assets left games in the first quarter, making little-to-no impact in the box score before exiting the game:

Keenan Allen is the headliner of the group given his history as a great WR1 in most leagues, but all three of Allen, Lamar Miller, and Aaron Jones have been outstanding in recent weeks, leading a bunch of fantasy owners to the playoffs. Here are their scoring averages since Week 7 (standard scoring):

Obviously, not having players that have been on a roll putting up those type of point totals in recent weeks is a big blow to fantasy rosters. While fantasy owners of players that were hurt heading into weeks, such as Melvin Gordon and James Conner, had a chance to sub new players into lineups, those that had Allen, Miller, or Jones simply had to take zero points after a quick injury during Week 15 action.

So, should fantasy leagues adopt a rule that allows you to designate a substitution if a player is injured very early in the game before putting up any points? It’s a tough situation, and like most situations, there are pros and cons.

The big plus to this is that you don’t have someone in your lineup that was expected to play a full 60 minutes getting zero points after less than 15 minutes of game action. But there are more cons to a potential rule involving injured players.

One issue with a rule with a substitute for an injured player is that the cutoff is difficult to determine. Would it be snap counts? Perhaps it would just be the first quarter; or an offensive drive or two. There’s no exact answer.

Also, a cutoff for the number of fantasy points before the player becomes ineligible for being subbed out for a designated player must be determined. Fantasy owners that get just 3 or 4 points when they feel they would’ve gotten 15 or 20 had their player not gotten hurt would be mad about their player doing too good before leaving the game, thus being ineligible to be subbed out while a player that might have done worse during his time in the game would be eligible.

Additionally, some would argue you should pick players that will remain on the field, but even the toughest players can’t play through certain ailments that are out of their control.

Basically, it’s a tough situation. While fantasy owners are no doubt very frustrated their seasons ended in part because one or two of their best players didn’t score any points, that’s just the way things go sometimes.

And in the end, the most important thing is the real-life health of the players that make it possible for everyone to have fantasy football leagues.