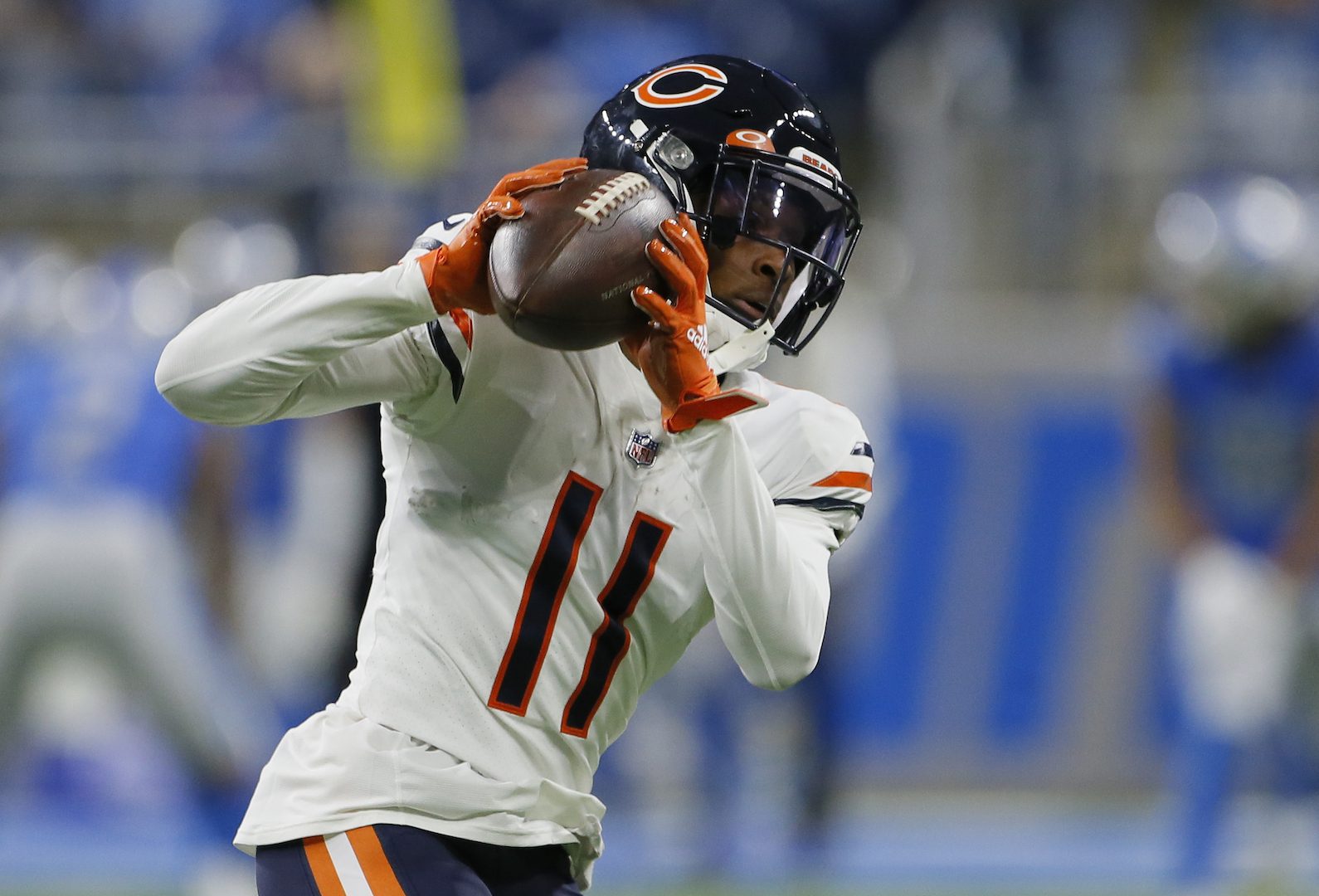 
The Puppy draft on Underdog Fantasy is filling up quickly. I drafted a squad when it opened last week, and I planned to do another one closer to the season after the preseason is over and we know a little bit more about roles and especially player health—but because The Puppy is filling up so quickly, I figured it was a good idea to ensure I could get one more entry. From pick No. 10, here’s how things turned out:

To be honest, I think this is without a doubt the worst of the first handful of drafts that I’ve done on Underdog, but at least it’s a balanced, high-floor squad to me. Best ball goes very differently than my redraft strategy, as I go more on feel for some things as opposed for following the board for the most part in redraft. The following was my thought process throughout this draft.

I also had a Best Ball Mania III draft where I had the tenth overall pick. In both cases, my expectation was that I’d select a receiver like Davante Adams. In both cases, Najee Harris was just sitting there and was difficult to pass on. Jonathan Taylor, Christian McCaffrey, and Derrick Henry are often the first three running backs taken in drafts, and I’d argue that Najee might be used more often than any running back this season aside from that top three.

Adams went the pick right after I took Najee, and the plan was to take CeeDee Lamb here. But he went right before this selection, which put me in somewhat a bind because wide receivers fly off the board in Underdog drafts (Stefon Diggs was also gone, going seventh overall). Chubb was at the top of my board, so I picked him rather quickly when Lamb was gone—but I didn’t like the feel of it given that it feels probable that Deshaun Watson will be suspended for the season, which would be a knock on Chubb (despite the monster workload he might get to carry the offense). Still, the talent of Chubb is undeniable, and he and Harris are a solid foundation—even if this pick was way ahead of Chubb’s current ADP.

There were a handful of receivers that I felt good about being there on the swing back early in Round 4, so I had Kyle Pitts marked here as my most desired realistic target. Pitts has freakish ability at tight end, and Marcus Mariota oversaw some fantastic seasons from Delanie Walker with the Titans, so I feel good about his chances of producing big numbers at the position in 2022.

Four of the five receivers I felt were the best remaining (in order of selection: Michael Pittman Jr, Diontae Johnson, DK Metcalf, and Marquise Brown) all went in the four picks before it swung back to me, but I was thrilled with Chris Godwin here. The plan at this point was to target Tom Brady a couple of rounds later as a superb stack.

Wide receiver was really thinning out at this point, and only four quarterbacks were off the board late in the fifth round, so I decided I would probably go with two receivers here in the fifth and sixth. First, I selected Darnell Mooney, who has good chemistry with Justin Fields and can be a target monster in his third NFL season.

Kyler Murray went right before this pick, and my thought was still that Brady would last until my next pick. Amon-Ra St. Brown’s scorching finish to last season is worth taking a shot on here as my third receiver.

Unfortunately, a team took Brady as their second quarterback just three picks before I was up again. However, I was very happy that AJ Dillon was still on the board, giving me a monstrous third running back to pair with Najee and Chubb. In a typical redraft format (or in a format with less of an emphasis on WRs), I would’ve taken Dillon earlier than this.

Russell Gage was in consideration here as a hedge on Chris Godwin (recovering from a torn ACL), but I was looking ahead to a stack with Derek Carr. So Hunter Renfrow was the pick. Again, I didn’t love this draft compared to some others that I think were home runs; but I’m happy with this receiver group, with four high-floor options that have also shown they can find the end zone and break out for big scores in a given week.

Aaron Rodgers and Matthew Stafford were the two quarterbacks that went between No. 88 and No. 105, so the gamble paid off and Carr was available to stack with Renfrow here. It would’ve been really nice if I could’ve gotten Davante Adams early, but his presence will help Carr put up numbers for my squad.

If Rob Gronkowski was an official member of the Buccaneers right now, he wouldn’t be available in the double-digit rounds. Maybe I could’ve waited a round, but I was bullish about the value here—even already having Kyle Pitts—for someone that should skyrocket if and when he unretires.

Because of the high floors of Mooney, St. Brown, and Renfrow, I was comfortable taking a shot on Michael Gallup as a second receiver coming off a torn ACL. With Amari Cooper now in Cleveland, it’s not crazy to think a trusted Dak Prescott target like Gallup could be my WR2 when he’s at 100%.

There’s been a lot of positive talk surrounding Nyheim Hines during OTAs, and Matt Ryan’s presence will be a definite boost to all Colts receivers including Jonathan Taylor and Hines out of the backfield. I think Hines can have some big weeks this season.

Speaking of Matty Ice, he was an easy choice here as my second quarterback to pair with Carr. Colts players have been “wow’d” by Ryan early during their time together, as the former MVP can put passes right on the money and keep the offense moving. Also, Ryan and Hines can put up huge weeks together.

There are a bunch of No. 2 running backs to feel good about taking a shot on late in drafts, and I’m a Jamaal Williams fan. If D’Andre Swift were to miss any time, Williams would likely be set for 12-15+ touches on a surging Lions team.

So, as stated, I’ve felt comfortable with the floor my receivers offer. But I wanted to find a way to get both Odell Beckham Jr. and Julio Jones. OBJ is going higher in drafts, so he was the choice first. Beckham is my third receiver coming off a torn ACL, but he can be an upside boost late in the season.

Because of the three guys coming off serious knee injuries, I wanted to get another safe option while hoping that Julio would be there on my final go around. Marvin Jones just finds a way to put up solid numbers, and he could be particularly useful in lineups early in the season if Godwin isn’t available.

Julio did last to my second-to-last selection, and it was a quick pick for me. The injuries are an obvious concern, but the former All-Pro is one of the best players in league history and showed he can still play when he was on the field in 2021. Green Bay or Tampa Bay (even with the addition of Gage) would be a nice landing spot.

I considered Trey Sermon here as a potential lottery ticket if he can land on a new team (it appears the Niners are not a good spot for him, but we’ll see). However, perhaps there’s a chance Nelson Agholor is moved to the Raiders via a summer trade. I’ve heard Vegas fans clamoring for the front office to bring him back after so much success a couple of seasons ago—and I already have Carr and Renfrow. If not, I feel New England will use him better in his second year with the team.