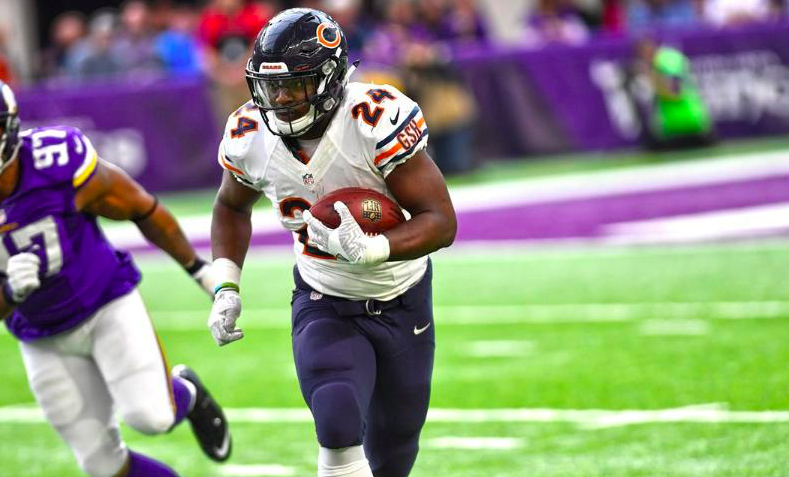 The Slow Death Of Standard Fantasy Scoring Needs To Be Stopped


Fantasy football season will be here before we know it, as leagues are opening on all the major sites, early rankings are being released, and people are starting their preparations for their drafts, which should take place in early September (after all preseason games are completed) if possible. Also, leagues need to decide on the rules for the upcoming season. ESPN has switched to PPR (points per reception) scoring as the base in their leagues, and standard scoring is quickly being pushed aside in most leagues, which I think is a huge mistake.

Those who prefer PPR use the argument that is balances things out and rewards players for making an impact by catching passes. But what is so impactful about catching a three-yard pass on 3rd and 20? Would a 17-yard reception not be much more important to a team? Then they could go for it, create more room for the punter, be in field goal range, etc. In PPR scoring, though, that three-yard pass is exactly the same as that 17-yard one.

Furthermore, not only does PPR not balance things out, but it actually has the opposite effect. Does Danny Woodhead catching 60 passes seem equal to LeGarrette Blount scoring ten touchdowns? If it does, I don’t see it. Brandon Marshall towering up for double-digit touchdowns is undoubtedly more impactful than Jarvis Landry catching a lot of passes.

Standard scoring is perfect, and takes more strategy, contrary to the belief of PPR players. DeSean Jackson—who surpassed 1,000 yards on just 56 passes in 2016—might not even be worth rostering in many PPR leagues. On the other hand, Cole Beasley, who caught 75 passes last season, could have a key role in PPR leagues. Is there anyone out there who believes Beasley is a better player than Jackson? I guess PPR leagues do, because he outscored the deep threat by eight points last season.

PPR leagues remove some of the risks (and risks are good) fantasy owners must take if they want to win, as boom-or-bust players are a lot less prevalent if you can use a scat back to get a safe 8-10 points. Most (i.e. all) NFL teams would prefer an 80-yard touchdown over eight catches for 80 yards, but in PPR scoring the touchdown is worth just 15 points, while the 8/80 is worth 16 points.

So, why should all these superstar receivers—who are overpowered enough as it is—get basically an automatic 100+ points for catching the ball? The NFL is already turning into more and more of a passing league as the years go by, and juicing up the fantasy points of wideouts with PPR scoring just makes things more unbalanced.

In standard scoring leagues, the best players in real-life are the best fantasy players. Jordan Howard was a beast last year—and a good pass-catcher in his own right—but the Bears brought in Tarik Cohen (AKA “The Human Joystick”) to handle passing game work. Now Howard, who would be a surefire first-round pick in standard leagues, will be a lot less valuable in PPR leagues.

If people want to argue that catching passes helps move the offense, then it should be points-per-first-down, should it not? Catches alone are not an indicator of success. As I stated before, players catch meaningless three-yard passes in long-yardage situations all the time. The three-yards is being generous, too, as how many times do we see screen passes or swing passes go for negative yards? Is that really worth a fantasy point?

I’ve made the case the best I can, but it seems the fight is nearly over. PPR leagues will soon be the “standard.”

All I know is, if I ever lose in the fantasy playoffs because of a Zach Ertz catching-it-and-falling-down-nine-yards-short on 3rd and 12 in the fourth quarter, my fantasy football retirement will be imminent.