WOLF SPORTS ALERT There may be temporary bugs due to site performance upgrades. Thank you for your patience!
Home / frontfantasy / Top Five Fantasy Running Backs For 2017 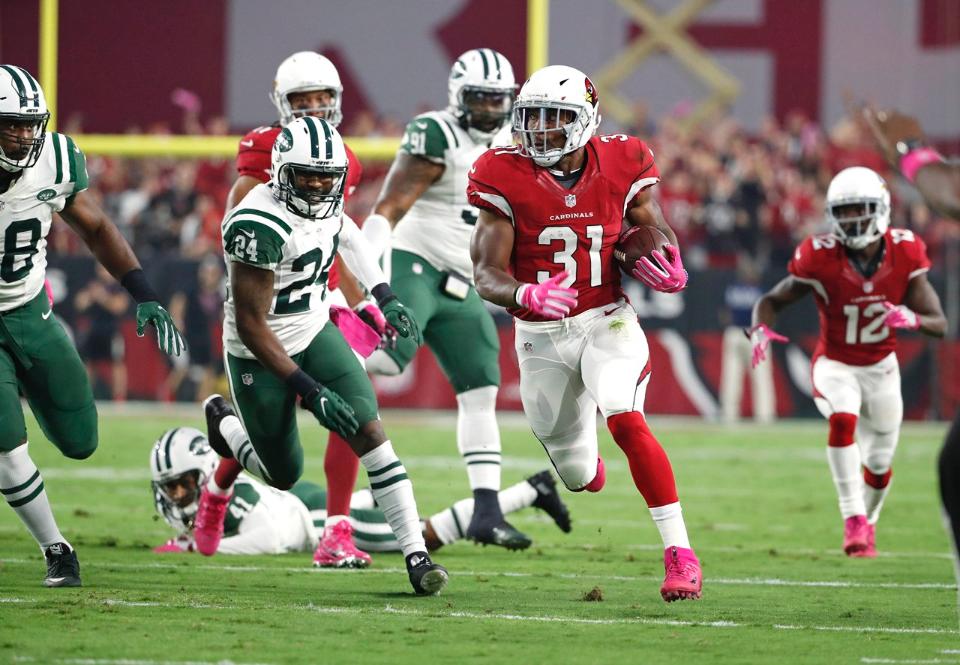 
After covering the quarterbacks yesterday, here are my top running backs for the 2017 season. My FULL draft rankings will be released in four days. [Note: these rankings are for standard-scoring (non-PPR) leagues]

My #1 overall fantasy player, David Johnson totaled 2,118 yards last season, and his goal this year is to get 1,000 yards rushing and receiving. I think he will do it, and with 32 career touchdowns in 32 career games, he’s got one more than Le’Veon Bell has in twice as many years in the league.

Despite entering his fifth year in the league compared to Johnson’s third, Bell is actually a couple months younger than the Cardinals superstar. Because of the current holdout, injury history, and previous suspensions, I give Johnson the slight edge over “Juice,” though you can certainly make the case for either guy.

You can’t just look at the numbers when evaluating players, and Gordon is the perfect example. The former first-round pick is averaging just 3.7 yards per carry in his career and averaged 3.9 last season, but anyone who watched him play could see he consistently makes guys miss in the backfield. The Chargers haven’t completely escaped the injury bug, but they’re healthier than they were a year ago, so things should open up for Gordon.

If Jordan Howard played for the Cowboys, he’d probably be in consideration for the first-overall pick. Chicago quietly has a strong offensive line and loaded defensive front, so they might be better than people expect. Their offensive gameplan will be feeding Howard, and I don’t see a sophomore slump coming after he averaged 5.2 yards per carry and was second in the league in rushing as a rookie.

Neck-and-neck with Jordan Howard for the fourth spot, Jay Ajayi was a beast in 2016. I think Jay Cutler’s big arm stretching the defense is probably a good thing for the 24-year-old, and I wouldn’t be surprised if Ajayi ended up as the overall RB1.