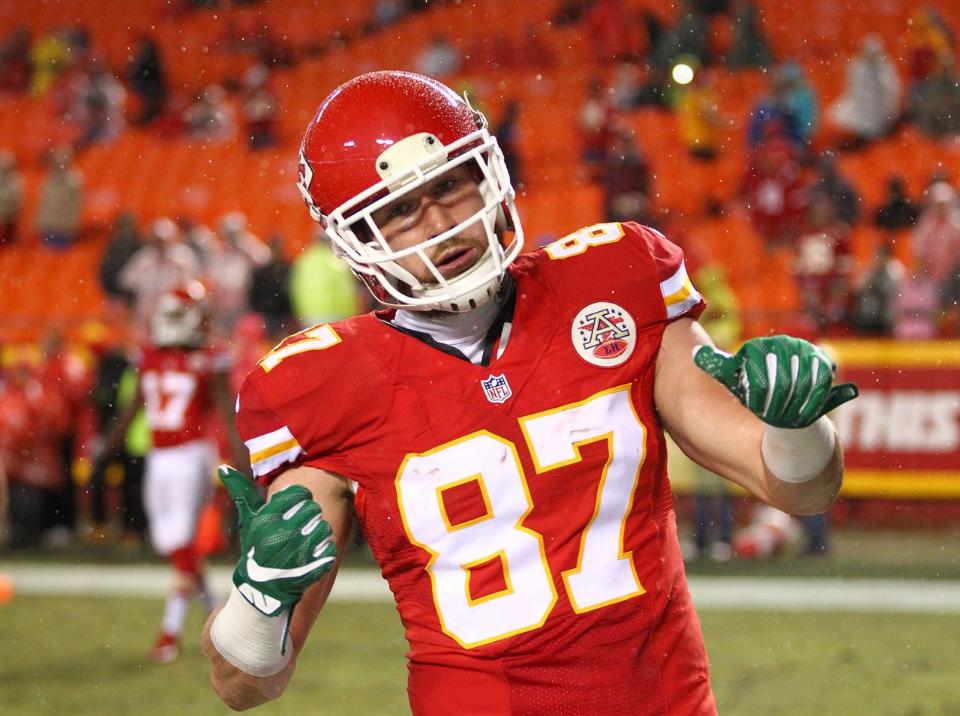 
The positional previews continue with my top five fantasy tight ends for the 2017 season, and there is a chance my full rankings are released tomorrow. If not, my top five players will be, with the rankings released on Labor Day.

Gronk is in a class of his own when it comes to fantasy tight ends. He was simply unstoppable in his four healthy games with Tom Brady in 2016, and there’s no reason that won’t continue if he’s on the field. The acquisition of Brandon Cooks might open things up even more.

We’ve called Kelce “Baby Gronk” for a while now, and he comes in right behind him in the rankings. The Chiefs tight end will be Alex Smith’s go-to weapon once again, and he should get a bunch of targets with Tyreek Hill’s questionable fit as a true number-one wide receiver.

I think the Redskins might have also miscast their own number-one wideout with Terrelle Pryor, so Reed should undoubtedly be his quarterback’s most-trusted receiver. Washington is going to score points under Jay Gruden, and Reed is an elite player when he’s healthy.

Olsen is about as reliable as it gets as the tight end position, and like Gronkowski, he could have things open up in the middle of the field for him even more in 2017; Christian McCaffrey is a difference-maker for the offense, and should make everyone better. After becoming the first ever tight end to record 1,000 yards in three-straight seasons, I like Olsen’s chances of making it four in a row.

I originally thought Seattle would go back to a ball-control offense, but now it looks like they are going to spread teams out and let Russell Wilson air it out. That means Jimmy Graham should be used less as a blocker and more like a receiver, which is the formula that worked for him in New Orleans. He could become an elite fantasy option again in a deep year for tight ends.