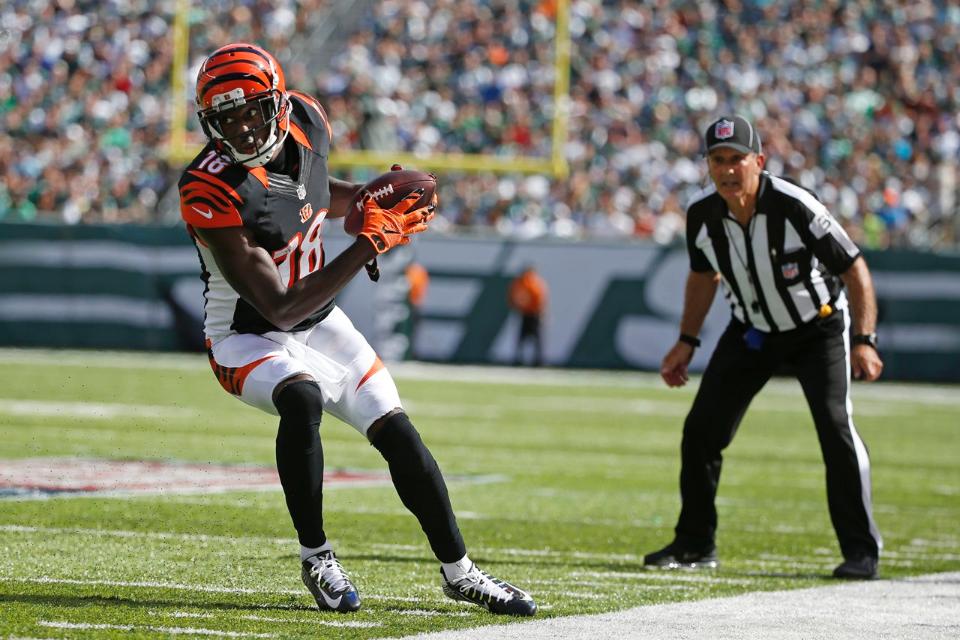 
If you missed the top quarterbacks or running backs, you can check them out, too. With my full draft rankings just three days away, it’s time to reveal the top receivers. [Note: these rankings are for standard-scoring (non-PPR) leagues]

There probably isn’t a player with a higher fantasy floor than Brown, as last year his 106/1,284/12 line was considered a “disappointment” by some. AB will only be helped by Martavis Bryant’s return, as teams that shade coverage in Brown’s direction will pay for doing so.

If Kyle Shanahan leaving is somehow good for anyone, it would be Jones. Julio is a monster of a receiver, but he has only scored double-digit touchdowns once in his career and had only six in 2016. New offensive coordinator Steve Sarkisian is expected to target Jones more in scoring territory, and that’s great news for anyone spending a first-round pick on him.

We know that Aaron Rodgers will target Nelson a bunch in the red zone, as the two connected for 14 touchdowns last season, which led the NFL. Jordy is always underrated despite averaging 1,338 yards and 12.5 touchdowns over his past four healthy seasons. He put up 1,257 yards and 14 touchdowns last year coming off a torn ACL, and if Nelson gets his vertical game all-the-way back, watch out.

He didn’t record 1,000 receiving yards for the first time in his career, but Green was actually on pace for his best statistical year in 2016 before injuring his hamstring. Rookies Joe Mixon and John Ross will take some attention away from Green, and he should have no problems recording about 1,300 yards and close to ten scores.

A drop in touchdowns is the biggest concern for Beckham, as Brandon Marshall should take away some scoring opportunities. I think rather than a high-end WR1 (1-3), Beckham will settle in as a solid WR1 (4-6) for 2017. Still, he only needs one touch to make your day as a fantasy owner, and is worth a first-round pick in fantasy drafts.