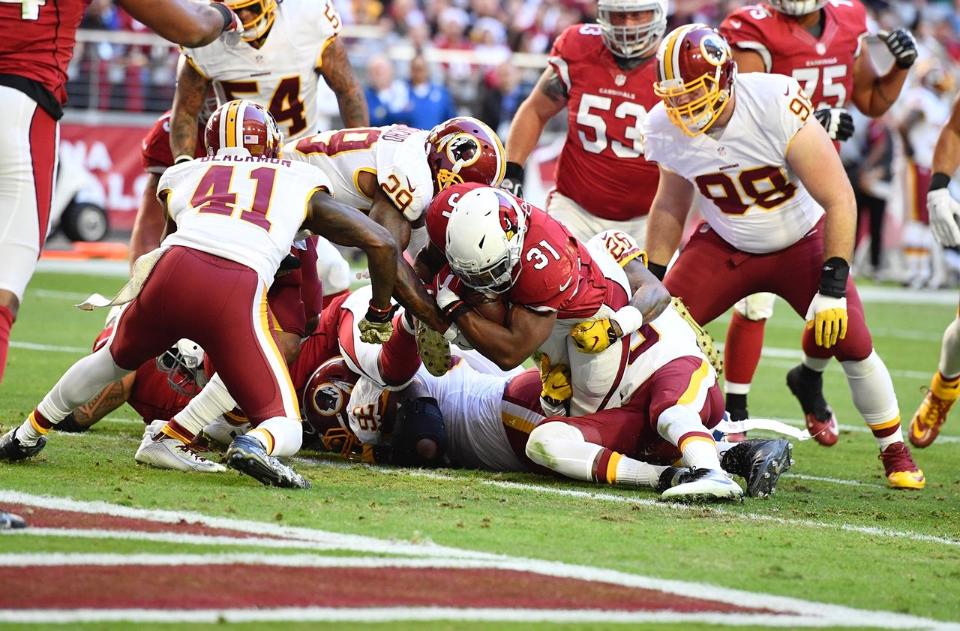 It's early, but some of you know you're ready for 2017 fantasy football drafts. A lot can change, obviously, but as of right now here are our top ten rankings heading into next season.

Brady is coming off a 28:2 TD/INT ratio season in just 12 games this season. He averaged 21.9 fantasy points per game, and that was without Rob Gronkowski for the end of the season. Going on age 40, it really doesn’t matter—Brady will still be among the top, and safest, quarterbacks in the league.

Obviously coming off a disappointing season both personally and as a team, Gurley might be the best bounce back candidate next season. New head coach, Sean McVay, has been described as a “genius” and “brilliant.” You can bet he’s smart enough to feed Gurley the rock.

After tearing his ACL in 2015, Nelson came back to lead the league in touchdown receptions. His average season stats over the last two seasons is 97.5 receptions, 1,388 yards, and 13.5 touchdowns.

Part of the downside to Julio is that the Falcons have so many weapons, including running backs Devonta Freman and Tevin Coleman, that he might have some quieter weeks. He also has monster upside, as shown in his 300-yard game this season. Injuries are also a concern, but that can be said for many players.

Gordon is coming off an excellent second season, quieting the doubters after his rookie year. The potential presence of Danny Woodhead might be concerning, but Gordon should be the goal line back next season after punching it in the endzone 10 times on the ground.

This fifth round rookie came out of nowhere to finish second in the NFL in rushing. The Bears should take a step forward next season, which should help Howard after he had this great season on a bad team.

Playing behind the best offensive line in the NFL, there is no chance Elliott does not have another great season if he stays healthy. Elliott may also bump up his receiving production from his rookie season. You can’t go wrong with Zeke early in fantasy drafts.

David Johnson was unbelievable in 2016. His 377 touches might be a concern for next season, especially after he suffered a scary knee injury in Week 17 that thankfully turned out to be not that serious. Johnson is simply too good to pass up in the top five of 2017 fantasy drafts.

The Steelers have the number one and number four players on this list. Obviously, Bell is in one of the best offenses in the NFL and he seems to get 20-30 touches every game. Suspensions (he’s been suspended twice in his career) might be a concern to some, but we do not anticipate Bell making any more mistakes off the field.