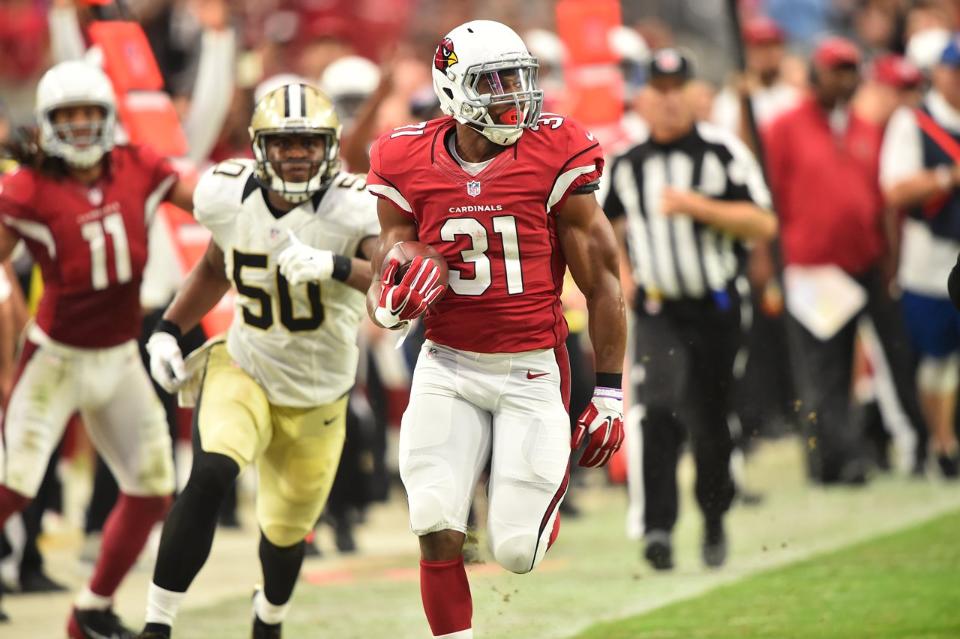 
The 2017 NFL regular season is over, and that means all fantasy leagues are now over. A lot of people are probably already looking forward to their fantasy drafts this summer, and some might have even started to get a big board together to plan ahead. Things are going to change a lot over the next few months with the offseason (and upcoming rookies are not included on this list), but this is what the best fantasy players for next season look like at the moment.

The Bears will have a new head coach, and whoever it is likely to give Howard a good amount of touches. Hopefully, Chicago will take a step forward offensively in Mitchell Trubisky’s second season in the NFL, which could lead to more scoring opportunities for the powerful back. Tarik Cohen will take some touches, but Howard should get more than enough work in the backfield.

Durability was a bit of a concern for Fournette this season, who apparently hasn’t been healthy since the preseason. The Jaguars are in the playoffs for the first time since 2007 thanks in large part to Fournette and the running game, and the offseason will give the fourth pick in the 2017 draft a chance to enter next season at full strength.

Many will have Jones outside of their top ten for 2018, but he’s one of the most dominant receivers of all-time and should continue to be a first-round selection in all fantasy drafts. He has an MVP throwing him the ball in an offense that should be better in offensive coordinator Steve Sarkisian’s second year with the team, and Jones has the ability to put up bigger receiving games than anyone in the league.

The Chiefs drafted Hunt with the intention of eventually handing him the keys to the backfield, but a preseason injury to Spencer Ware opened the door for Toledo’s all-time leading rusher to have a major role as a rookie, while winning a lot of people their fantasy leagues in the process. Andy Reid is one of the best coaches in the NFL, and he knows how to feed his running backs the ball.

There are some concerns with Gordon if you just look at the stats, as he’s averaged less than 4.0 yards per carry in his first three seasons in the NFL. And Austin Ekeler’s presence in the backfield is a bit of an issue, but Gordon is a lock to get around 300+ touches on the season, and he’s on an offense that’s loaded with dynamic players—including a great quarterback. The bottom line is Gordin is an excellent running back, so the former Wisconsin Badger should be a top-tier fantasy back in 2018.

Coming into this season, it looked a bit like Elliott wasn’t in quite the same shape as his rookie year. However, the six-game suspension—which caused him to fall short of 1,000 rushing yards—seems like it’s something that’ll be a big motivational factor for the young runner. Elliott obviously has the upside of a league-leading rusher, which he’s already done once in his two NFL seasons.

If you’re looking for a safe pick, Antonio Brown might be the guy. He missed the last two weeks of the season after suffering a calf injury against the Patriots, but Brown is typically an iron man that won’t miss any games—and you can bet on him doing some damage against opposing defenses each and every game. AB is simply a beast.

“Juice” is set to become a free agent after playing this season on the franchise tag, but the Steelers probably are not going to let him just leave. Even if he does leave, Bell would be an elite fantasy asset for whoever he plays for. Over 400 touches might concern some, but not many athletes out there take care of their bodies the way Bell does.

A consensus top-two selection in most fantasy drafts this season, Johnson’s season ended in Week 1 when he dislocated his wrist against the Lions. Bruce Arians, who fed Johnson the ball a ton, has retired, but the new head coach is likely to give DJ all the work he can handle, too—there might be no choice in what might be a depleted offense after the retirement of Carson Palmer and possible retirement of Larry Fitzgerald.

Those that selection Todd Gurley in one of the first three rounds of their fantasy draft probably at least made the playoffs in their league. Before the season, Gurley said 1,500 rushing yards and 1,000 receiving yards was a goal. While he didn’t quite reach that, he was the number one fantasy running back despite not playing in Week 17. Sean McVay is a great offensive mind that knows it’s smart to get his elite back the football.