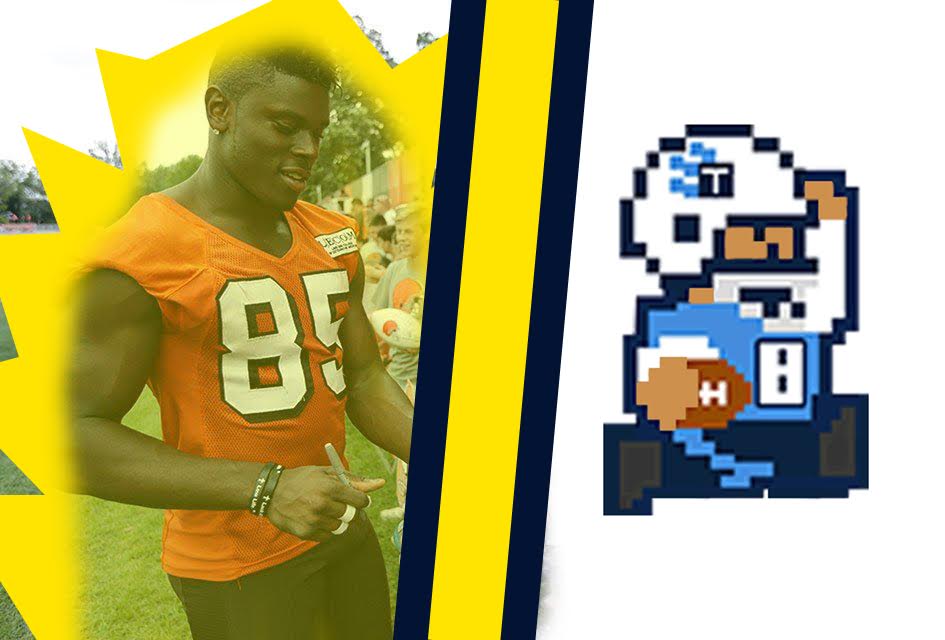 
It’s finally August and almost time for fantasy drafts. Picking a good name for your fantasy team is nearly as important as picking the players, and here are the top ten names—new and old—for 2017. [Note: we will have an article solely dedicated to ‘Game of Thrones’ team names, so keep an eye out for that]

It’s always great when a talented rookie comes into the league with a perfect name for fantasy owners. Anyone who watches Dragon Ball Z probably had Njoku in mind for their team names this year, and “Super Saiyan Njoku” is the best one in our opinion, but there are a few ways you can go.

While David Njoku was a first-round pick, Artavis Scott was undrafted out of Clemson. Still, there is a decent chance he works his way onto a roster this season, and we can finally get to use a solid Michael Scott reference for a name. If Scott (Artavis) doesn’t make the Chargers or another team, you could also use “Michael Crabtree Paper Company,” but it’s just not the same.

Now that he broke the single-season completion percentage record, this name is a good one (as opposed to making fun of a professional athlete getting injured). Like all these, you can easily make a team logo by pasting Bradford’s head on Walter White.

You have to love the superhero references, and this is the best of them. Eli Manning’s humorous on-field demeanor might be closer to Clark Kent than Superman, but he’s sure looked like the Man of Steel with his past postseason production.

This would probably vault to the top spot on the list if the Jaguars had an elite quarterback (or if Robinson was a #2 receiver instead of a #1), but it’s still a quality name.

Well, we’ve had Batman, Superman, and Robin, so it’s only fair there is a villain to oppose them here. Rex Burkhead is perfect for the role with his name… and he’s bald!

Imagine a conversation between Rob Gronkowski and “The Dude.”

Is there a way to work Luigi into this? Mariota and Luwanigi for Marcus Mariota and his left tackle Taylor Lewan? The original is probably better, but that’s actually not bad.

This works even better now that Sam Bradford (“Breaking Bradford”) and Dalvin Cook are teammates, but they’ll likely be cooking on the field instead of in New Mexico.