WOLF SPORTS ALERT There may be temporary bugs due to site performance upgrades. Thank you for your patience!
Home / frontfantasy / Veteran Values In 2018 Fantasy Football Drafts 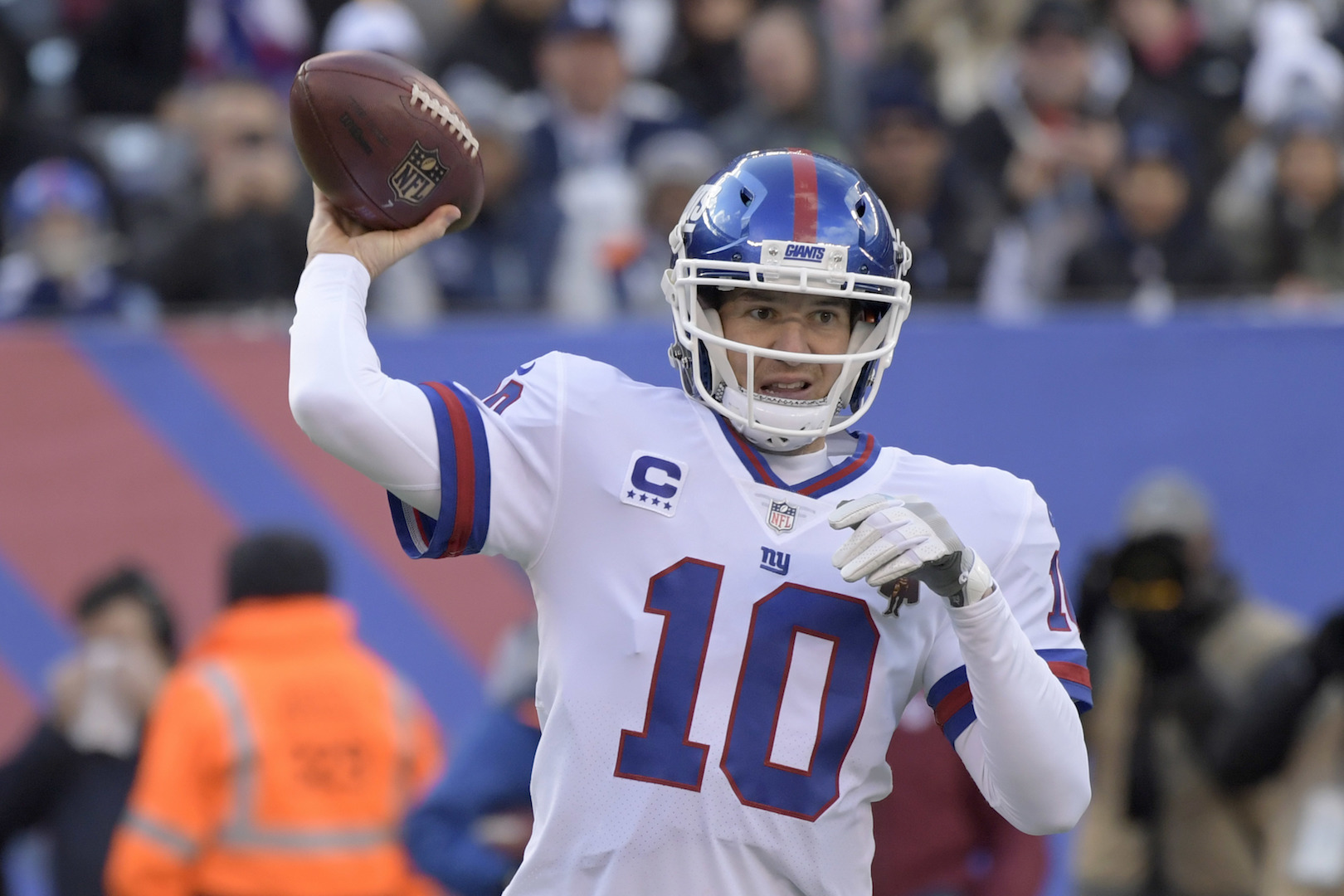 
At least every few years, a veteran player seems to have a resurgence in their individual performance after they’ve been counted out by many—which can lead to great value late in fantasy drafts. These players have all been startable, and in some cases elite, fantasy options over the years, and they might be able to offer that value at a major discount in 2018. In parenthesis are the current average draft positions for each player, which are courtesy of FantasyPros.

At 37 years old, some people are saying that Eli Manning is finished as a playoff-caliber NFL quarterback. But the Giants think differently, as they passed on potential franchise quarterbacks atop this year’s draft and opted to roll with Manning moving forward. Just a couple of seasons ago, Manning was a top-ten fantasy quarterback, and now he arguably has the best weapons he’s ever had around him, a much-improved offensive line, and arguably the best offensive coach he’s ever had in new head coach Pat Shurmur. Going undrafted in most leagues, Manning might get back to tossing 30 touchdowns while delivering really good fantasy value.

It feels like forever ago since Marshawn Lynch ran for over 1,200 rushing yards and double-digit touchdowns in four straight seasons with the Seahawks while delivering elite fantasy performances in the process—two subpar years sandwiching a year of retirement will do that. However, Lynch started to look a lot more like himself toward the end of 2017, rushing for 625 yards and five touchdowns over the final eight games of the season. Jon Gruden is going to want to run the football, so there should be at least some optimism that Beast Mode can get closer to where he was a few years ago.

Every year Frank Gore has been on the field, he’s been at least a FLEX option in fantasy lineups; but he currently has an average draft position of 59 for running backs. With Kenyan Drake and Kalen Ballage both in the backfield, it’s less likely Gore can become a top five or ten option like some of these other players; however, a top-20 finish at the position is certainly attainable.

The zero touchdowns in eight games before a season-ending neck injury has Pierre Garcon currently being drafted as the WR34. Garcon didn’t get to play with Jimmy Garoppolo at all, though, and he was still on pace for 1,000 yards. San Francisco should start the season a lot better offensively, and Garcon figures to be an important part of it as a starting receiver for Jimmy G. Expecting Garcon to lead the league in receiving like he did in 2013 is asking for a bit much, but a top-ten finish in Kyle Shanahan’s offense is a possibility if he becomes Garoppolo’s go-to.

Because of injuries and subpar play, last season was Emmanuel Sander’s first year with the Broncos that he did not reach 1,000 receiving yards. The quarterback situation has improved with Case Keenum now under-center, and the addition of young receivers Corutland Sutton and DaeSean Hamilton might have lit a fire under Sanders. Also, Sanders is now healthy. This could all be a recipe for a major bounce-back season.

Randall Cobb is by far the youngest player on this list of veteran players that could throw the clock back in 2018. In 2014, Cobb had 91 receptions for 1,287 yards and 12 touchdowns, finishing as the sixth-best fantasy WR. With Jordy Nelson gone from Green Bay, there’s a chance Cobb is back to being the clear number two receiver for the Packers. There are some concerns, like the addition of Jimmy Graham and the potential emergence of younger receivers, but Cobb might be able to catch a mid-career second wind at age 28.

There was already one Raider (Marshawn Lynch) that could have a veteran resurgence in 2018, and Doug Martin could’ve also been included. Jordy Nelson is a clear top-two receiver for Oakland, though, so he’ll have opportunities to show he still has it as a 33-year-old. Getting drafted as the WR39, Nelson is clearly at least worth a shot that late in fantasy drafts.