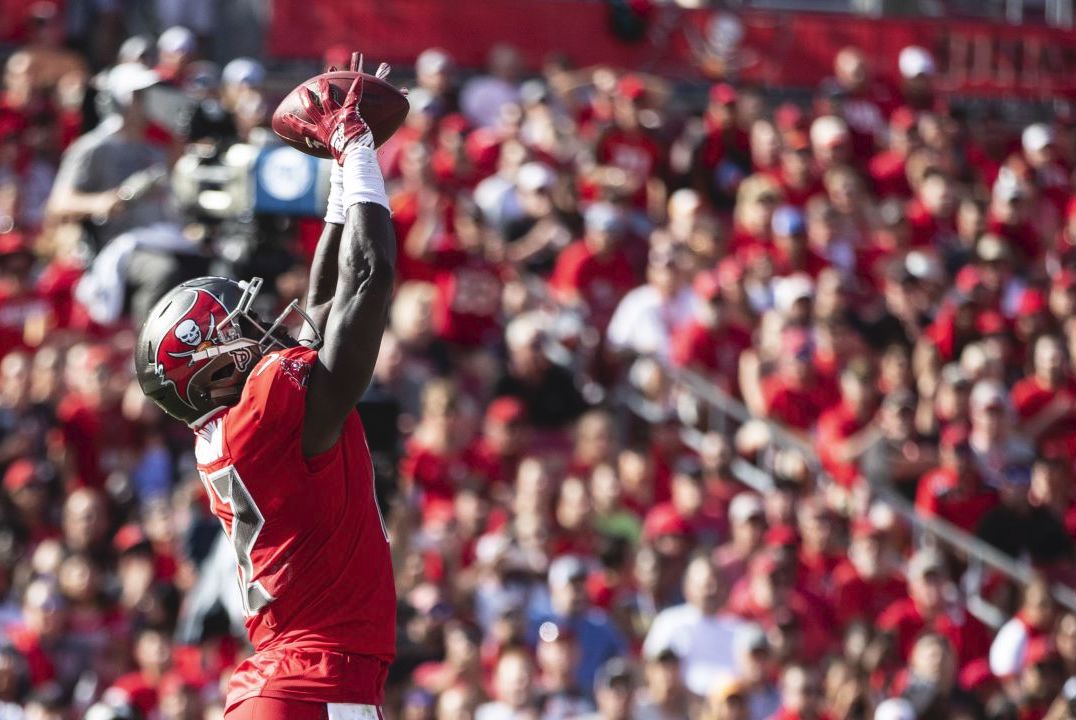 
Because we drop all our free fantasy content out in a three-day span after Labor Day, this week’s “Thumbs Up, Thumbs Down” is an abridged version with a short description for each player. For an expanded explanation on any player/game/matchup, get Fantasy Consigliere to help you “Be the Boss of Your Fantasy League.” Also, you can check out our full Week 1 rankings.

Thumbs Up of the Week: Lamar Jackson (@ MIA)

Jackson proved himself as a QB1 last season despite never completing 15 passes or throwing more than 25 times in a game. Miami’s strength (perimeter cornerback play) may not be tested because Jackson prefers throwing between the numbers. He’s my No. 1 play for Week 1.

Brees has thrown for 299 yards per game with 50 touchdowns in 23 career Monday Night Football appearances. The Texans are weak in the secondary and have the offensive firepower to keep New Orleans from taking their foot off the gas.

Including playoffs, Brady has a 31:5 touchdown-interception ratio against the Steelers, and you know he wants to make up for last year’s loss at Heinz Field. I have TB12 as a top-five option.

This game has full-blown shootout potential, and with Patrick Peterson suspended, Stafford should be able to exploit a cornerback group that will be starting rookie Byron Murphy and 31-year-old Tramaine Brock (who is on his fourth team in as many years).

Thumbs Down of the Week: Aaron Rodgers (@ CHI)

I expect the streak to end, but Rodgers hasn’t thrown a touchdown at Soldier Field since 2015; the ceiling and floor are both lowered due to the matchup, making Green Bay’s quarterback a QB2 option.

Newton isn’t on the injury report, but he might be again if Carolina cannot protect him from Aaron Donald. I’d rather start Josh Allen or Kyler Murray this week.

The Giants improved defensively this offseason and have held Prescott to just 14.1 fantasy points per game in three matchups at AT&T Stadium. These NFC East rivals have faced off in September over the past three years, and all three games have been slugfests.

Buffalo allowed the fewest points per game to opposing quarterbacks last season, and I don’t see the unit taking a step back with Levi Wallace operating as a clear starter across from Tre’Davious White. Darnold may need to wait for Week 2 to breakout.

Thumbs Up of the Week: Chris Carson (v CIN)

Carson was featured down the stretch in 2018, and there’s no reason to believe it won’t continue this year. He’s a top-five RB1 in a game that Seattle should handle at home.

This is an exciting matchup for Johnson, as the Cardinals are very weak up the middle with inside linebacker Haason Reddick looking highly questionable. The safeties may not be able to creep up because of questions at corner.

Even if he plays behind Tevin Coleman, Breida may only need 12-15 touches to return RB2 value against a soft Tampa Bay defense. Last season, Breida ran for 106 yards on 14 carries in this matchup.

Jadeveon Clowney was a big part of Houston’s run defense, and he’s now in Seattle, which will make it easier for Murray to find a crease and get to the second level. He’s a good FLEX to chase in a high-scoring affair.

Thumbs Down of the Week: Devonta Freeman (@ MIN)

In general, I have some concerns about Minnesota’s defense, but they should remain stout against the run. You probably have to start him in season-long leagues, but Freeman should be avoided in DFS play.

No one really knows what kind of backfield split the Packers will have, and you might be better off waiting to find out before using Jones, especially considering his matchup against an elite Chicago front.

The name might get McCoy in lineups for Week 1, but he should be avoided because he’s projected to be the lesser half of a timeshare with Damien Williams to start the year.

While Bell is viewed as a high-end RB1 by most, I am concerned about a) the matchup, and b) Ty Montgomery getting a decent chunk of the touches. He’s more of a high-end RB2.

Thumbs Up of the Week: Chris Godwin (v SF)

While Mike Evans does battle with Richard Sherman, Godwin gets a great matchup against K’Waun Williams out of the slot. I have him ranked as a top-five option for Week 1.

Both Jones and teammate Kenny Golladay are squarely on the WR2 map, but the 29-year-old gets the nod as a “Thumbs Up” because he’s being overlooked for the opener.

The Jets are expected to be an attackable secondary all season, and Brown is first man up. Paired with Josh Allen’s rocket arm, “Smokey” has a chance to pay off big as a stack.

In four games against the Steelers as a starter (including playoffs), Edelman has caught 35-of-43 targets for 365 yards and a touchdown. He has a low-end WR1 case in all formats.

Thumbs Down of the Week: Tyreek Hill (@ JAX)

Shadow coverage by Jalen Ramsey may actually play into Hill’s hands if he’s given one-on-one coverage, but I don’t think the Jags will allow that to happen. Hill—a volatile play as it is—is more of a WR2 than WR1 for this week.

As stated, Evans will be facing off against Richard Sherman, and I doubt Bruce Arians trusts Jameis Winston enough to consistently test that matchup. Evans could disappoint if he doesn’t find the end zone.

Those who watched the Panthers take on the Patriots in the preseason saw Stephon Gilmore mostly defend Samuel, which shows the respect he has around the league ahead of what could be a breakout season. I’d avoid the Ohio State product with Aqib Talib possibly following him.

Overall, I’m very high on Williams in 2019, but Pierre Desir could be a tough matchup, and Colts-Chargers feels like it could be a slow game to me. Consider him a high-upside FLEX rather than WR2.

Thumbs Up of the Week: Greg Olsen (v LAR)

The Los Angeles linebackers may struggle to defend Olsen this week, and I think Cam Newton will want to work the middle of the field to avoid Aqib Talib and Marcus Peters.

Arizona and Baltimore both have “mystery box” offenses heading into the regular season, but Denver could also surprise opponents after apparently frustrating their own defense in camp due to misdirection and pre-snap motion. Fant has the speed to outrun the Oakland safeties in space.

The Ravens may take some time to adjust their coverage against tight ends without C.J. Mosley at inside linebacker, and Gesicki (six-foot-six) has the size to make plays over Earl Thomas (five-foot-ten) or Tony Jefferson (five-foot-11) if they put safeties on him.

Thumbs Down of the Week: Mark Andrews (@ MIA)

I was originally higher on Andrews, but Brian Flores comes from New England, so we should see a matchup-based game plan that puts Minkah Fitzpatrick on the second-year tight end. Andrews is a big-play TE2 rather than a high-upside TE1.

Hockenson will split time with Jesse James to start his career, and because of Arizona’s weakness in coverage on the perimeter, he may not get enough opportunities to return Week 1 value.

We’ll soon know if Burton (groin) is active for the opener, but even if he is, it will be at less than 100% and may even be as a decoy. Look elsewhere.