WOLF SPORTS ALERT There may be temporary bugs due to site performance upgrades. Thank you for your patience!
Home / frontfantasy / Week 12 Fantasy Football Awards 2021 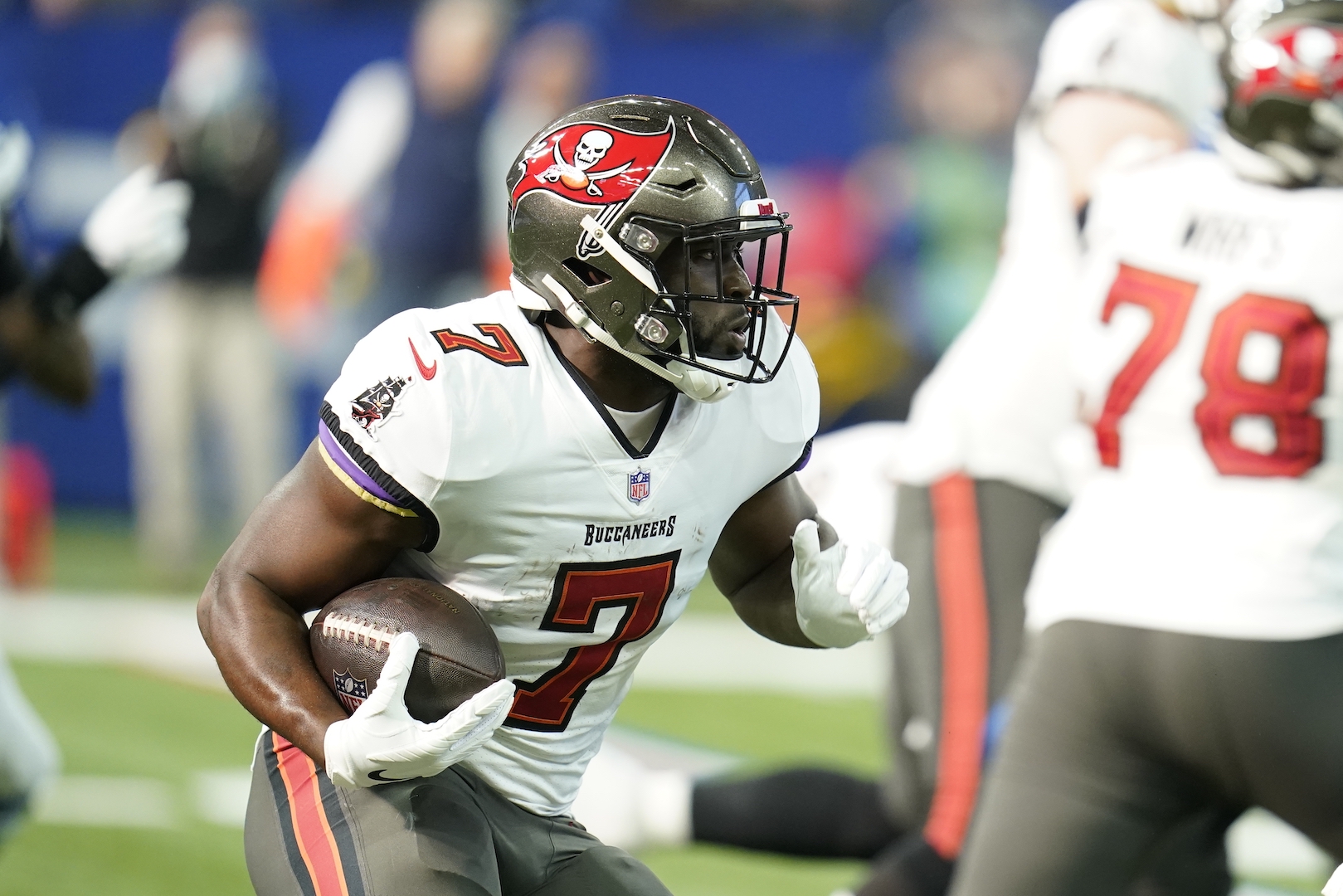 Allen had a couple of interceptions on Thanksgiving, but he still threw for 260 yards and four touchdowns (plus an additional 43 rushing yards) in a blowout win to get back on track for fantasy owners. Even in a difficult matchup with the Patriots coming to town next Monday night, Allen will remain a must-start.

The Colts did what they could to not allow Chris Godwin and Mike Evans to beat them on Sunday, but that allowed Fournette to go crazy with 17 carries, 100 rushing yards, three rushing touchdowns, seven receptions, 31 receiving yards, and a receiving touchdown. It was an encouraging performance after a stretch of quiet games for Tampa Bay’s starter.

Cincinnati set the tone early with Mixon handling eight touches on the team’s first nine offensive plays, and his outstanding season continued by extending the touchdown streak to eight games. Overall, Mixon is up to 13 total touchdowns on the year, and he’ll get a great chance to keep it going next week against the Chargers.

Carolina had absolutely no answers for Waddle on Sunday, as he caught nine-of-ten targets for 137 yards and a touchdown. It was the first 100-yard game of the rookie’s career, and he continues to easily pace all first-year players in receptions (77).

Kirk Cousins’ most trusted target in the red zone, Thielen is now up to ten scores on the season after finding the end zone twice versus San Francisco, and Sunday was his third game with 20+ fantasy points this year. He’ll hope to stay hot next week against a Detroit team that has held him in check throughout his career.

TE: Rob Gronkowski, TB
Gronkowski had a great response to his 123-yard game against the Colts, but it was undoubtedly a “vintage” performance for the monster tight end. Looking healthy since his return, Gronk will be a high-end TE1 option the rest of the way.

Patterson was questionable heading into Week 12 with an ankle injury, but that didn’t stop him from ripping Jacksonville’s defense for a career-best showing on the ground (16 carries, 108 yards, two touchdowns). Atlanta’s versatile weapon has 911 total yards and nine total touchdowns through ten games.

Miami set the tone early with a blocked punt for a touchdown, and the Panthers never seemed to recover on the road as Cam Newton had perhaps the worst performance of his career (five-of-21 passing for 92 yards and two interceptions). The 25.0 fantasy points for the unit was one of the best numbers of the season.

Las Vegas had been sputtering as an offense/team with a three-game losing streak heading into Thanksgiving, but Carlson was a big reason for them being able to upset Dallas by going five-for-five on field goals—including a clutch, 56-yarder late in the fourth quarter and then the overtime winner.

Surprise of the Week: Dolphins offense

In general, the Dolphins destroyed Carolina on Sunday, and aside from the aforementioned Waddle (24.2 fantasy points), they also had a big day from Myles Gaskin (18.2) thanks to a couple of scores. At 4-7, the team is right in the playoff race with a couple of very winnable games up next on the schedule (v NYG, v NYJ).

Rookie of the Week: Elijah Mitchell

Mitchell gets the nod over Jaylen Waddle despite not appearing on the Team of the Week, but it’s deserved after he turned a whopping 32 touches into 168 total yards and a score in his first game back from finger surgery. San Francisco’s workhorse runner has handled 27 carries in back-to-back games, and he’ll continued to be featured for as long as he’s healthy.

It wasn’t to the level of Jonathan Taylor in Week 11, but Fournette single-handedly won plenty of matchups with 40.6 fantasy points against the Colts, and his increased involvement as a pass-catcher notably continued by garnering eight targets—giving him 21 receptions on 23 targets across three games this month. The performance came at the perfect time with Ronald Jones II (who also scored on Sunday) starting to emerge some.