WOLF SPORTS ALERT There may be temporary login issues due to site maintenance. Thank you for your patience!
Home / frontfantasy / Week 16 Fantasy Football Awards 2021 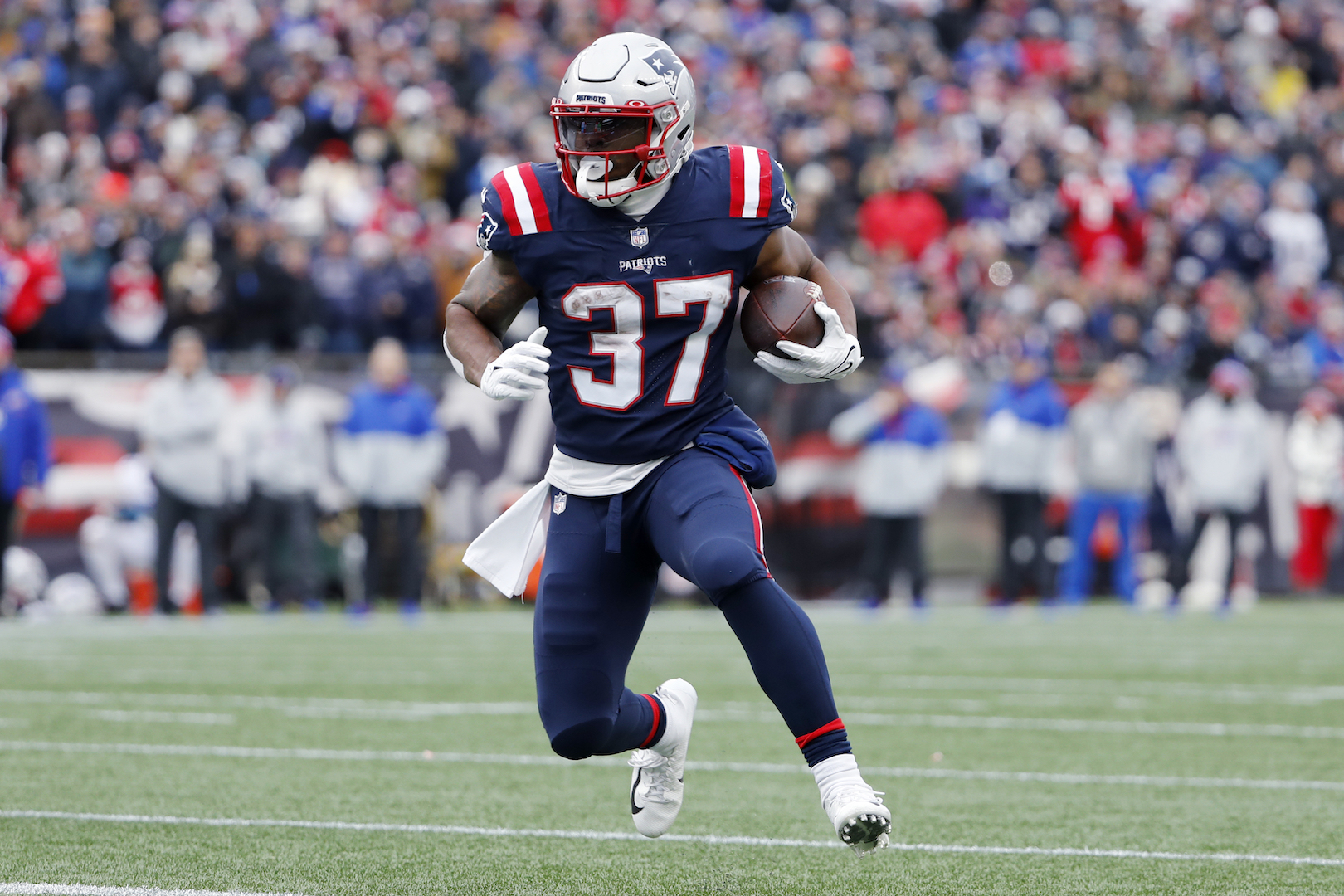 Burrow absolutely destroyed the Ravens on Sunday with 525 yards and four touchdowns, and his 38.1 fantasy points easily topped Dak Prescott (31.3) and Josh Allen (30.96) as the other top scorers at quarterbacks. In two games versus Baltimore this season, Burrow has thrown for 941 yards with a 7:1 touchdown-interception ratio.

The final blow for Burrow’s historic passing performance was a 52-yard deep ball to Mixon, and that boosted the day for Cincinnati’s superstar back even more. Overall, Mixon rushed 18 times for 65 yards and a score with a 6/70/1 line as a receiver.

Harris was set to be featured without Rhamondre Stevenson (COVID-19) yesterday, and he didn’t disappoint by rushing 18 times for 103 yards and three touchdowns against Buffalo. New England’s starter is now up to 12 touchdowns on 13 games this year.

All three of the headlining wideouts for the Bengals went off during Burrow’s aerial assault, and Higgins was unstoppable with 12 receptions, 194 yards, and two touchdowns. There was a quiet game with 23 scoreless yards from Week 15, but aside from that, Higgins has gone for lines of 6/114/1, 9/138/1, 5/114, and yesterday’s 12/194/2 over the past four games.

Another two scores for Adams on Christmas gives him double-digit touchdowns for the fifth time in his career, and the Browns definitely didn’t follow up Baltimore’s game plan to contain him; on 13 targets, Adams caught ten passes for 114 yards and trips to the end zone from nine yards and one yard.

Los Angeles shockingly lost to the Texans by a score of 41-29, but fantasy owners who rolled with Jackson in place of Austin Ekeler (COVID-19) have no complaints. On 19 touches, Jackson totaled 162 yards and two touchdowns to finish with a career-high 30.2 fantasy points.

Cornerback Trevon Diggs set the tone on the first play for the Dallas defense with his NFL-leading 11th interception last night, and the group continued to be an extremely opportunistic unit with two touchdowns (including a blocked punt), two interceptions, and five sacks.

There were ten kickers to record double-digit fantasy points this week, and Succop led the way with four field goals and a couple of extra points to finish with 16.0 fantasy points.

Surprise of the Week: Isaiah McKenzie

We were high on McKenzie in place of Cole Beasley (COVID-19) this week, but no one imagined he’d be such a difference-maker in the win over New England—catching 11-of-12 targets for 125 yards and a touchdown. McKenzie was also excellent last season in the finale with three total touchdowns when featured, so he’s a top add ahead of another start next Sunday.

Disappointment of the Week: James Robinson

Once again, the week had plenty of disappointments, but none more so than James Robinson for both this week, this season, and beyond after he went down with a torn Achilles. The star runner was limited to 1.0 fantasy point in a blowup spot versus New York, and now Jacksonville has two great backs recovering from significant injury for 2022.

Rookie of the Week: Zach Wilson

Wilson hasn’t had a ton of success this year, but his playmaking ability was on full display yesterday—particularly on the highlight, 52-yard touchdown run in the first quarter. The overall performance (including 91 yards rushing) was enough to make him a top-five fantasy quarterback for Week 16.

Burrow ran away with MVP honors this week, and that should be no surprise with the fourth-best single-game passing performance in NFL history (525 yards), which was within striking distance of Norm Van Brocklin’s 1951 record of 554 yards. Cincinnati is now in the driver’s seat for the AFC North thanks in large part to Burrow’s play.