WOLF SPORTS ALERT There may be temporary login issues due to site maintenance. Thank you for your patience!
Home / frontfantasy / Week 17 Fantasy Football Awards 2021 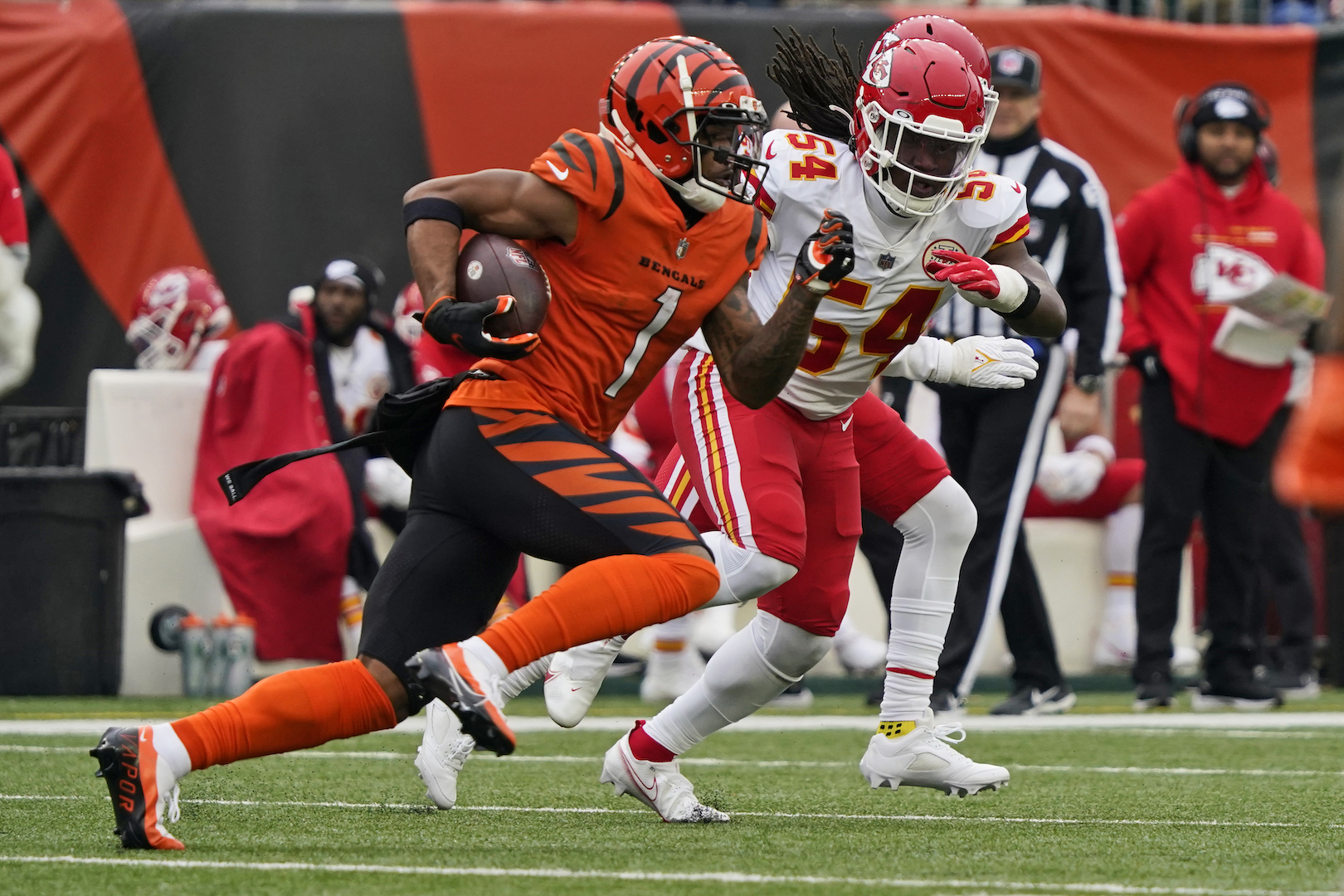 Coming off a game in which he ripped Baltimore for the third-most passing yards in NFL history (525), Burrow stayed white hot by outdueling Patrick Mahomes with 446 yards and four touchdowns through the air. For those who stuck with him following multiple touchdowns in just one-of-six games prior to Week 16 are surely happy with the results from the past two weeks.

Penny has turned into a monster down the stretch, and his best career game came in the fantasy championship with 25 carries, 170 yards, and two touchdowns in a 51-29 victory. The former first-round pick has now gone for 135+ rushing yards and at least one touchdown in three of the past four weeks.

Starting in place of Clyde Edwards-Helaire (collarbone), Williams turned 17 touches into 107 yards and two touchdowns on Sunday, and he’s impressed every time he’s gotten an expanded opportunity for Kansas City. Next up is a matchup versus a Denver team that was just eliminated from postseason contention.

Chase was absolutely unstoppable for the Bengals this week—catching 11-of-12 targets for a rookie-record 266 yards and three touchdowns. He could have even had a fourth score with Cincinnati dialing up a play designed for him at the goal-line before they were able to run out the clock and kick a field goal to win.

Fant hadn’t found the end zone since Week 6, but he had one of his best games of the season in Week 17—catching six-of-seven targets for 92 yards and a score. The season breakout many were hoping for hasn’t happened, but Fant currently has a solid 67/654/4 line with a chance to add to those numbers on Saturday.

For all his struggles in 2021, Metcalf suddenly sits at 12 touchdowns for the season following a three-score performance on Sunday, and he’s a good reminder to continue betting on talent. We’ll see if the team tries getting him 91 yards to reach 1,000 for a matchup next week versus an Arizona defense that’s had Metcalf’s number.

Other than Ja’Marr Chase or Joe Burrow, Chicago’s defense was arguably the biggest difference-maker in championship week—putting up 21.0 fantasy points by dominating New York’s offense. In the win, the Bears held Mike Glennon to four-of-11 passing for 24 yards and two interceptions.

The kicker naturally puts up points when a team scores 50+, so Meyers sits atop the position for Week 17 with 18.0 fantasy points after hitting three field goals and three extra points.

Surprise of the Week: Kristian Wilkerson

Wilkerson went from the practice squad to playing a significant role ahead of N’Keal Harry (healthy scratch)—catching four passes for 42 yards and two touchdowns despite never being targeted before Sunday. We’d think Nelson Agholor (concussion) should return by at least the playoffs, but Wilkerson is at least a name to file away in dynasty leagues.

Disappointment of the Week: Antonio Brown

Brown might not have been Disappointment of the Week had it not been such a crucial time (he at least had some production with three receptions for 26 yards), but having a WR1 option literally quit in middle of the game cost countless fantasy owners a championship and will be talked about for years to come.

Chase was already having a phenomenal rookie campaign, and Sunday’s numbers took it to another level with 79 receptions, 1,429 yards, and 13 touchdowns through 16 games. A loaded offense has helped, but Chase’s historic season has been accomplished with modest target totals (124 on the year with just two games of more than ten targets).

Chase putting up 50.1 fantasy points was a performance for the ages considering most were playing for a fantasy championship, and it also rose his stock for 2022 redraft leagues as a potential first-round pick. Opponents will have to think twice before giving the rookie single coverage when real-life playoffs begin in a couple of weeks.