WOLF SPORTS ALERT There may be temporary bugs due to site performance upgrades. Thank you for your patience!
Home / frontfantasy / Week 17 Fantasy: “Thumbs Up, Thumbs Down” 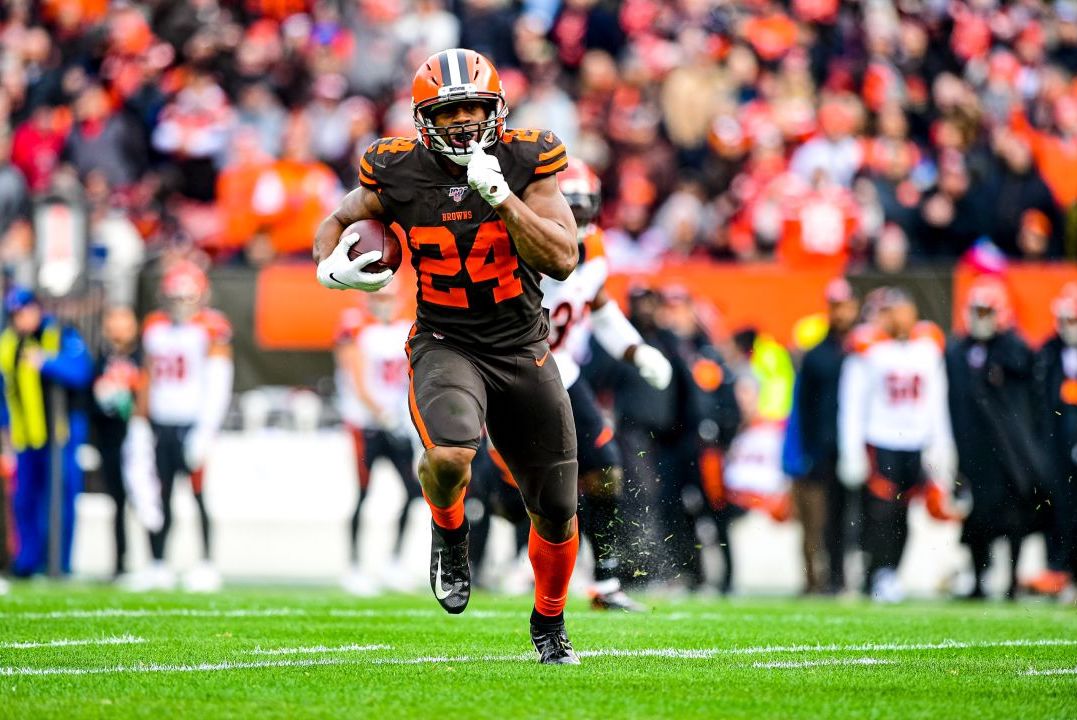 Week 17 Fantasy: “Thumbs Up, Thumbs Down”


For the final week of the season, I am going with a shortened version of “Thumbs Up, Thumbs Down” to hopefully help those still chasing a championship in Week 17. Of course, Fantasy Consigliere members can always check out our full rankings for any start/sit decision.

Now eliminated from playoff contention, Jared Goff and the Rams may decide to open things up with an all-out aerial assault against an Arizona defense he threw for 424 yards and two touchdowns against at the start of the month… Dak Prescott was a disappointment in Week 16, but he should rebound at home with the Redskins starting two off-the-street free agents at cornerback… Although the Texans potentially resting their guys would hurt the chances of a shootout, Ryan Tannehill gets an excellent matchup whether or not he faces Houston’s starting secondary… He is unlikely to have another five-touchdown game to break the rookie record for touchdowns in a season (27), but Daniel Jones is going to throw the ball around against a Philly defense that’s very vulnerable away from Lincoln Financial Field.

Josh Allen, Deshaun Watson, and Kirk Cousins are among the players with little or nothing to play for that may have Sunday treated like a preseason game… Russell Wilson is coming off his worst game of the year and has a 7:4 touchdown-interception ratio over the past six games; he’s just a high-end QB2 against San Francisco… Even against Buffalo backups, Sam Darnold has a low floor on the road in Buffalo… Philip Rivers probably isn’t someone to put too much stock into considering his propensity for a meltdown in 2019, including a four-interception performance versus Kansas City already.

Running Back “Thumbs Up”

The Browns haven’t done much right this year, but making sure the soft-spoken Nick Chubb wins the rushing title needs to be a priority in the season finale… Marlon Mack may have reached 200 rushing yards if he didn’t get injured at the start of the second half for Indy’s previous game against Jacksonville (14 carries for 109 yards and a touchdown)… It makes sense for the Patriots to continue feeding Sony Michel ahead of January… In his past three healthy appearances, Damien Williams has averaged 19.0 touches and 109.7 yards per game; keep an eye on the status of LeSean McCoy… The Packers dominated up front last week, but Kerryon Johnson looked good in his return and will hopefully be more involved as a receiver in Week 17… Gus Edwards and Travis Homer are both worth a start as the lead runners for their respective teams due to rest/injury… Justice Hill (talent/opportunity) and Jordan Wilkins (matchup) are my favorite lottery ticket plays.

Running Back “Thumbs Down”

The Buccaneers won’t be an easy matchup for Devonta Freeman, who is more of a low-end RB2 despite coming off his best game of the season… David Montgomery has been unable to get going in back-to-back weeks and will now face the Vikings in Minnesota… The potential absence of James Conner (thigh) isn’t enough to make Benny Snell more than a touchdown-or-bust FLEX option for what will likely be a committee—and the resting Ravens will still play hard at home… Mike Boone was met in the backfield basically every time he touched the ball last week, so I’d have a difficult time trusting him again… Starting Marshawn Lynch sounds better in theory.

A.J. Brown was uncoverable in the last game versus Houston, and that won’t change in Week 17 as he nears 1,000 yards; consider him a borderline top-five play… Allen Robinson should have a bit of a chip on his shoulder after being slighted on last week’s Sunday Night Football broadcast… Unless Ezekiel Elliott completely goes wild on the ground, Amari Cooper and Michael Gallup could both have a field day against cornerbacks Dee Delaney and Breon Borders… Justin Watson should remain in the Chris Godwin role this week as a definite top-30 receiver play… Christian Kirk gets a significant boost with Jalen Ramsey (knee) out for Los Angeles… Both John Ross and Brandin Cooks carry the upside needed to overcome an early deficit for those in two-week playoff formats.

You might not want to hop off the train at this point, but if there was ever a matchup to bench DeVante Parker in, facing the Patriots in New England is it… The competitiveness of T.Y. Hilton has helped him get back on the field for the Colts, but he’s clearly not himself, and Indy shouldn’t have to air it out much on Sunday… The same could be said for Adam Thielen, who may be better off taking a week to rest before the postseason… Even a little bit of playing time for Tre’Davious White and the starting Buffalo secondary would be enough to downgrade Robby Anderson some… JuJu Smith-Schuster worked as the third receiver for Pittsburgh last week, and I don’t think they will push him at less than 100% on a conservative offense… Hunter Renfrow could see a lot of Chris Harris Jr. this weekend.