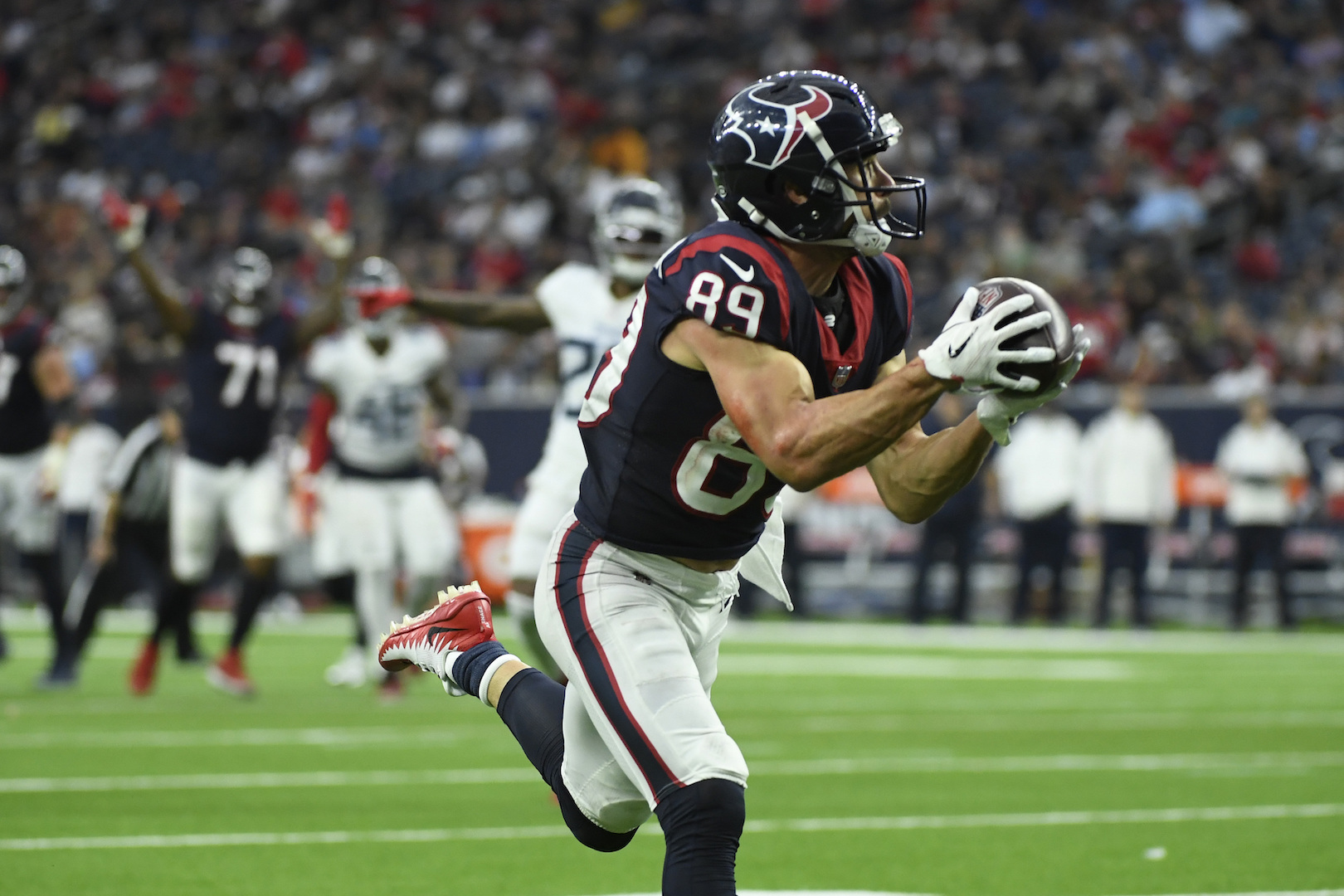 Prescott made it known he wanted to build momentum into the postseason, and he did just that by tossing five touchdowns on Saturday night to set a new single-season franchise record for the Cowboys with 37 passing scores on the year. His 31.8 fantasy points was his best performance of the campaign to top the 31.3 fantasy points a couple of weeks ago.

Penny was on an absolutely scorching pace to end the year—closing it out with a career-high 190 rushing yards (which was boosted by a 62-yard score). Overall, the former first-round pick rushed 102 times for 706 yards (6.9 YPC) and six touchdowns in six games since the start of December.

A couple of 14-yard scores by Ekeler in the second quarter gave the Chargers a lead last night, and it allowed him to tie Jonathan Taylor for the NFL-lead in touchdowns (20). Especially based on how his season ended with 12 trips to the end zone over the final eight games, Ekeler should be a first-round pick in 2022 redraft leagues.

Tennessee led 21-0 over Houston at halftime and limited Amendola to zero receptions, but they had no answers for the veteran in the second half with seven receptions, 113 yards, and two touchdowns (plus a two-point conversion) in a near comeback. The 28.8 fantasy points were the second-highest total of Week 18.

Samuel did everything for the 49ers on Sunday—catching four passes for 95 yards, rushing eight times for 45 yards and a touchdown, and throwing a 24-yard touchdown to Jauan Jennings on his lone pass attempt. He was certainly on a good chunk of championship rosters.

Higbee looked to be injured for the Rams at one point yesterday, but he quickly returned to the game and caught two touchdowns in the second quarter as the Rams jumped out to a 17-0 start. While not as efficient as he was the previous three seasons, Higbee finishes the regular season with a solid 61/560/5 line.

Philadelphia resting their defensive starters led to plenty of confusion on the backend for them against Dallas, and Wilson was the biggest beneficiary with five receptions, 119 yards, and two touchdowns on just six targets. The 26-year-old will remain an important part of the offense trying to make up for the loss of Michael Gallup (knee).

Buffalo wasn’t the highest-scoring D/ST unit of Week 18, but they were certainly the most dominant—getting to Zach Wilson for nine sacks and limiting the Jets to 53 total yards in a 27-10 victory.

Carlson ended an All-Pro caliber season with another game-winning field goal on the final play, and his 21.0 fantasy points surely swayed matchups for anyone still playing for a fantasy title. Altogether, Carlson nailed all five field goals last night.

Surprise of the Week: Danny Amendola

Amendola started the season with a score in Week 1, then combined for 101 scoreless yards until reemerging with one of the best games of his career to close out his age-36 campaign. The two-time Super Bowl champion can still contribute if he wants to play in 2022.

Disappointment of the Week: Tyreek Hill

Hill was a redraft, DFS, and betting disappointment for people on Saturday, and it’s unfortunate when a pre-game injury isn’t known until after kickoff. On limited snaps, Hill caught one-of-three targets for two yards for the Chiefs to conclude the regular season.

Rookie of the Week: Davis Mills

As stated, things were not looking good for the Texans in the first half of yesterday’s loss, but Mills came alive with an aggressive passing attack in the second half—finishing with 301 yards and three touchdowns to cap his rookie campaign. Houston should be feeling good about the various directions they can go at quarterback next season.

Although he wasn’t facing the first-team defense of the Eagles, Prescott was delivering pass after pass on the money in Week 18, and the performance will only help his confidence ahead of the team’s hopeful playoff run. In the final three games of the regular season, Dak had a 12:0 touchdown-interception ratio.