WOLF SPORTS ALERT There may be temporary bugs due to site performance upgrades. Thank you for your patience!
Home / frontfantasy / Week 2 Fantasy Football Awards 2021 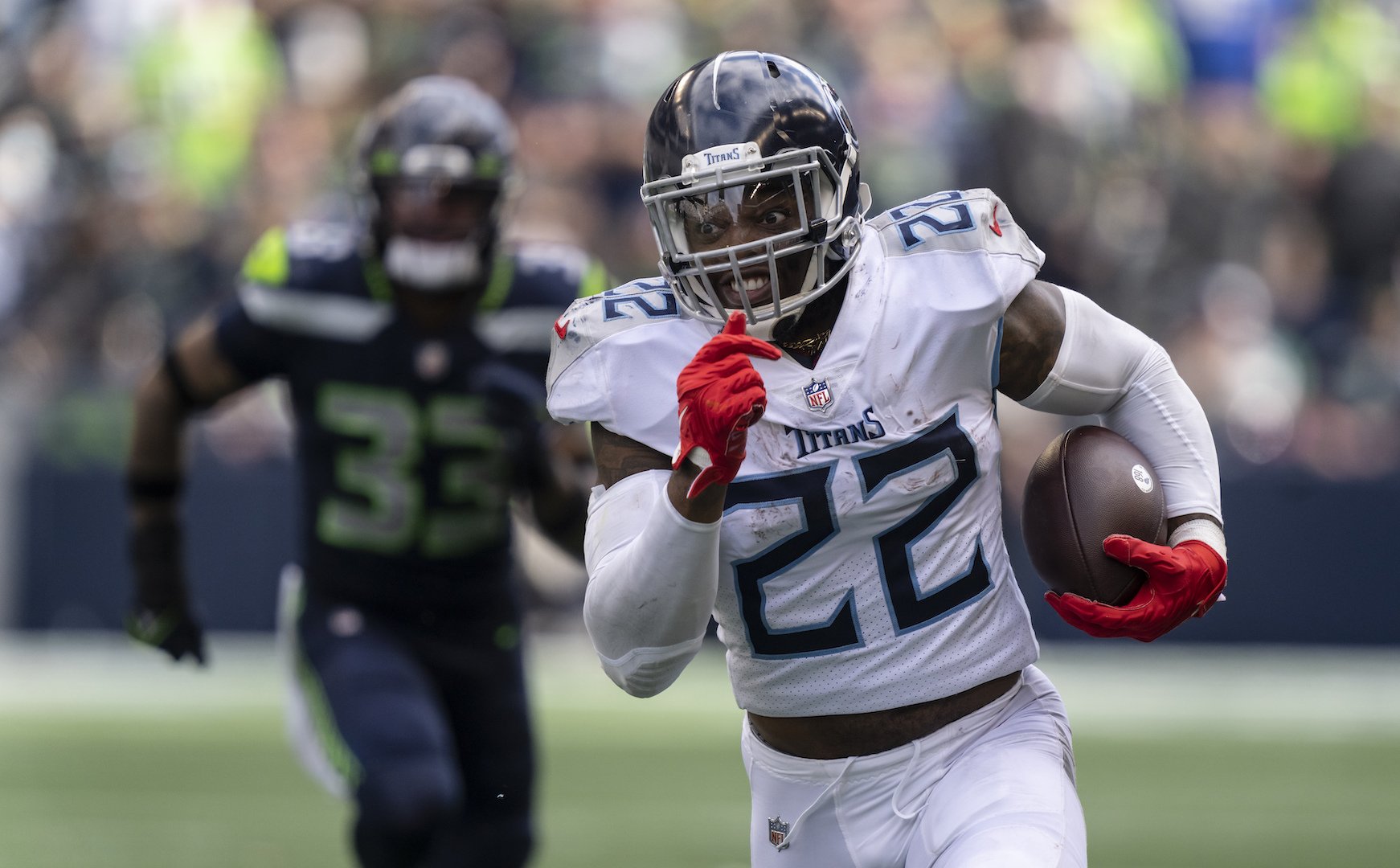 Jackson started off very slow last night with two interceptions early on (including a pick-six on the first possession), but Kansas City simply couldn’t stop him as a runner with 16 carries, 107 yards, and two touchdowns. The former NFL MVP should be able to stay hot next week against the Lions.

Tennessee wisely got back to basics despite trailing yesterday in Seattle—feeding Henry with 41 touches for 238 yards and three touchdowns to pick up an overtime victory. The monster runner was a runaway train in the second half, and those who took him as the No. 2 overall pick are very happy right now.

Another week, another high-end RB1 performance for McCaffrey—who rushed 24 times for 72 yards and a score against a tough run defense and also added five receptions for 65 yards. He will remain a fantasy cheat code for a very favorable upcoming schedule.

Opponents have seemed to flat-out not cover Kupp through two weeks, and yesterday’s outing (9/163/2) gives him 16 receptions, 271 yards, and three touchdowns with Matthew Stafford so far. Next up is a matchup against a banged-up Tampa Bay cornerback group that he’s torched in two career matchups.

Lockett is on a similarly scorching pace to begin 2021, and the highlight in Week 2 was another deep score (this time from 63 yards away). The 28-year-old has been quiet in four career games versus Minnesota, but there is no reason to believe Mike Zimmer’s defense will suddenly find a way to stop big plays when Seattle comes to town next Sunday.

We were very high on Gronkowski this season, but probably no one expected prime Gronk to return—and that’s essentially what’s happened through two games. After an 8/90/2 line in the opener, Gronk hauled in four-of-five targets for 39 yards and another two scores against Atlanta.

McLaurin was uncoverable last Thursday night in a surprising shootout versus the Giants, and Taylor Heinicke clearly won’t be a downgrade for him. In another week with 100% of the team’s offensive snaps played, McLaurin caught 11 passes for 107 yards and one touchdown.

There were multiple worthy options to choose from here, but New England was the most widely played, and they totaled four interceptions on No. 2 overall pick Zach Wilson. We’ll see if they force Jameis Winston to make mistakes in Week 3.

While it didn’t turn out to be the game-winner, Gano put New York up 29-27 with two minutes to play against Washington, and overall, he nailed all five of his field goal attempts to finish with 22.0 fantasy points.

Surprise of the Week: Daniel Jones

Most of the surprises in Week 3 were sub-par performances, but Jones was again a strong fantasy option against a very good defense—mostly due to 95 yards and a touchdown on the ground. He also dropped some dimes, though, and Jones has yet to throw an interception this season heading into a soft matchup versus Atlanta.

Take your pick of the disappointment from the early slate yesterday, but whether via injury or otherwise, offense was tough to come by for the better part of Week 3. Just be sure not to overreact based on one or two weeks of football and continue to bet on talented players.

Rookie of the Week: Rondale Moore

Although he only played 20 snaps in his debut, Moore was fully featured in his second game—catching seven-of-eight targets for 114 yards and a highlight, 77-yard touchdown. The individual talent in an explosive offense makes Moore a must-add in all leagues.

The full-blown monster performances for Henry usually come when the weather cools, so it’s a scary thought that his 44.7 fantasy points sets the single-game benchmark for the entire league through two weeks. Remember when people said he wasn’t worth a top-two pick because he “lacks upside” compared to others at the position?