WOLF SPORTS ALERT There may be temporary bugs due to site performance upgrades. Thank you for your patience!
Home / frontfantasy / Week 5 Fantasy Football Awards 2021 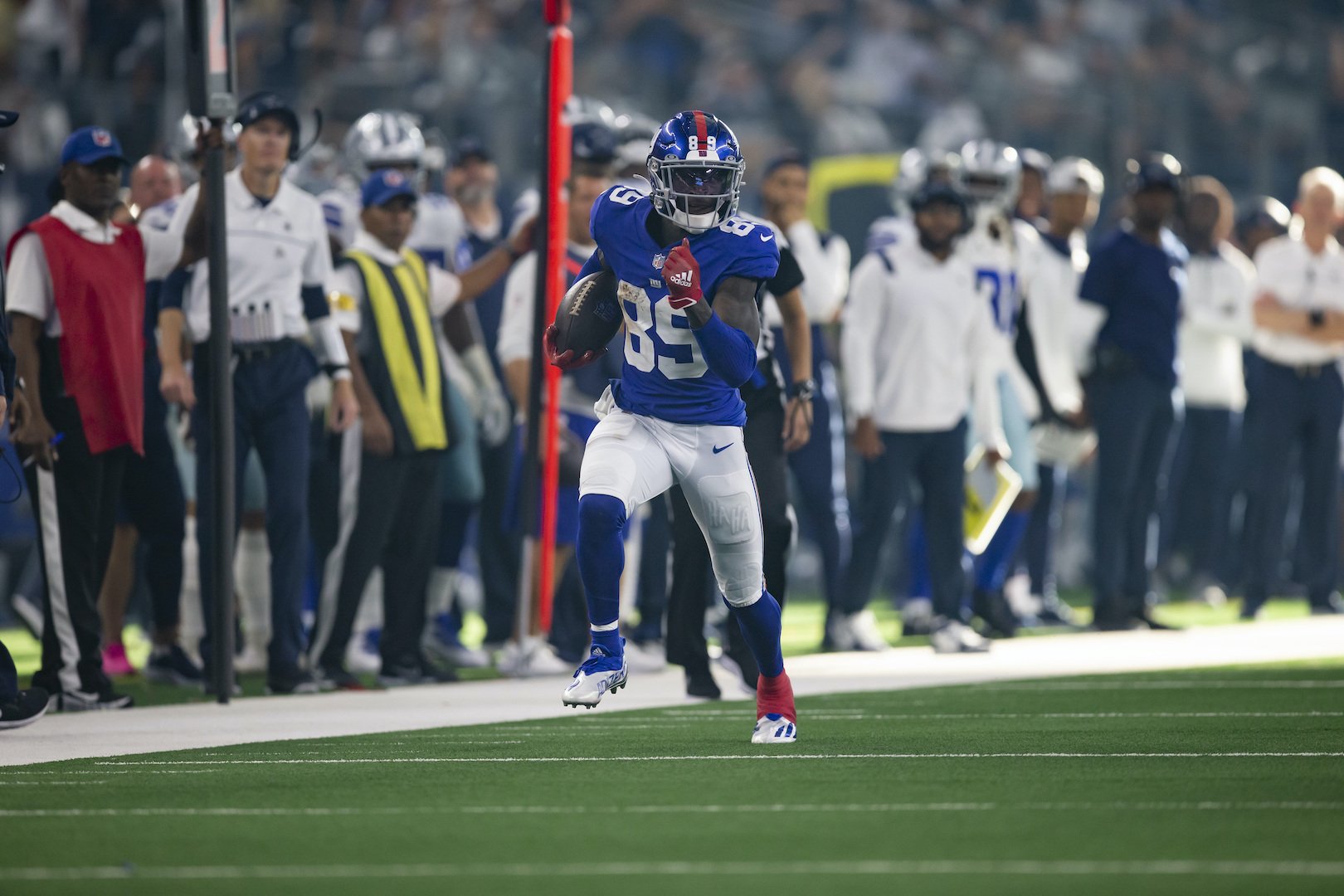 Jacksonville actually did a decent job at least containing Henry to begin yesterday’s game, but he eventually wore them down for 130 yards and three scores on 29 carries. Those who believed Henry might slow down in 2021 have been sorely mistaken.

Ekeler seemed genuinely disappointed about being carried into the end zone for his third and final score against the Browns, but fantasy owners will certainly take the points. Overall, Ekeler again was great on the ground (17 carries for 66 yards and two touchdowns) and through the air (five receptions for 53 yards and a score) in Week 5.

Anyone facing a Chargers stack probably is too mad about fantasy football to be reading this article right now, but Williams completed the trifecta of big-time performances on Sunday—catching eight passes for 165 yards and two touchdowns. Excluding the Week 4 disappointment, Williams has gone for lines of 8/82/1, 7/91/1, 7/122/2 and 8/165/2 this season.

We have been waiting for a monster game from Adams this season, and he came through on Sunday by catching 11-of-16 targets for 206 yards and one touchdown in Green Bay’s win over Cincinnati. Through five weeks, Adams is actually averaging what would be a career-high 115.8 receiving yards per game.

Pitts—to an even higher level because the production has been held in check—was also waiting for a huge game, and it came in London with nine receptions, 119 yards, and his first career touchdown. The high-end TE1 upside can still be met if Pitts is able to catch fire with a hot streak in terms of finding the end zone.

It only took eight targets for Brown to torch Miami with a 7/124/2 line in Week 5, and the 33-year-old has averaged 11.2 yards per target. A trip to the COVID-19 list derailed things a bit, but overall, Brown has caught 20 passes for 325 yards and three touchdowns in four games this season.

Philadelphia was able to get to Sam Darnold for three interceptions to fuel an upset win over Carolina, and Darius Slay in particular finally came up clutch by living up to his “Big Play Slay” moniker with two takeaways himself. You won’t want to be using the Eagles on Thursday night against the Bucs, but Sunday’s showing was encouraging.

Folk struck the potential game-winning field goal (that hit the upright) well last Sunday night, and he continued kicking well with a couple of 52-yard makes in New England’s win against Houston. Despite missing an extra point, Folk nailed all four of his field goals in the 25-22 victory.

Surprise of the Week: Low-scoring game in Arizona

Arizona had put up at least 31 points in each of their first four games, but San Francisco was able to make it a slugfest, and fireworks for Kyler Murray and Trey Lance didn’t happen. The Cardinals should get back to their high-flying ways for a possible shootout next week in Cleveland, and the 49ers now head into the bye with the hopes Jimmy Garoppolo (calf) is back to run the offense in Week 7.

Disappointment of the Week: Saquon Barkley

There were tons of disappointments this week—and many were due to unfortunate injury. Barkley is the headliner, and while the ankle ballooning up isn’t as bad as it looked, he obviously didn’t return in a game where he rushed just twice for nine scoreless yards. Fantasy owners might not be able to count on an October return.

Rookie of the Week: Kadarius Toney

Toney was almost the last-man standing for New York’s offense, and he did his best to put the group on his back with a full-fledged breakout—hauling in ten-of-13 targets for 189 yards. The Giants’ first-round pick has made the highlight reel as both a pass-catcher and with the ball in his hands, so his arrow is pointing up if he can avoid mistakes like the ejection due to a thrown punch on Sunday.

Again, Tom Brady and Josh Allen gave Herbert a run for his money, but the second-year quarterback finished comfortably in the No. 1 spot for Week 5. Brandon Staley’s aggressiveness combined with the weaponry in Los Angeles makes Herbert impossible to consider benching ahead of matchups versus Baltimore and New England to close out the month.