WOLF SPORTS ALERT There may be temporary login issues due to site maintenance. Thank you for your patience!
Home / frontfantasy / Week 7 Fantasy Football Awards 2021 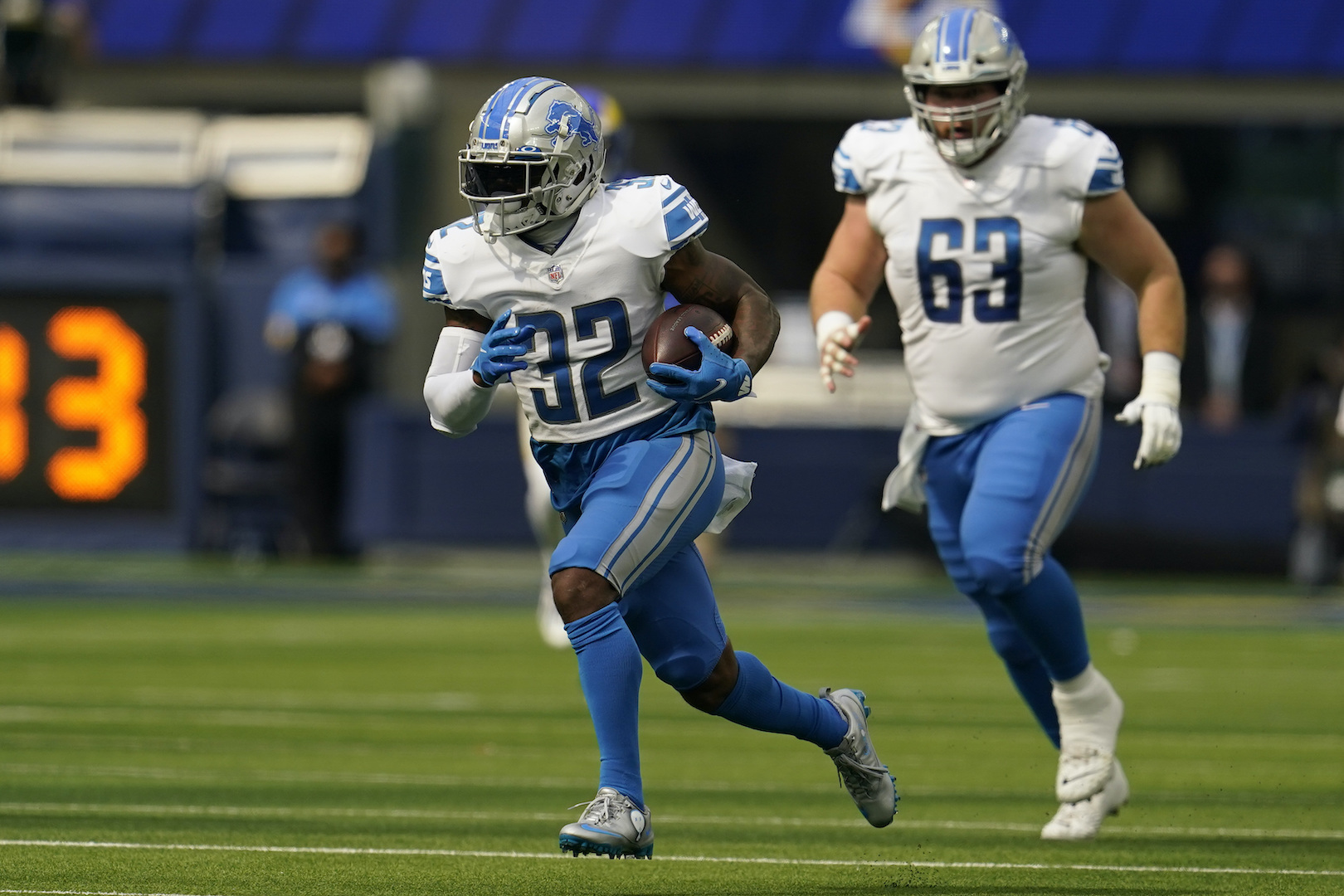 A bunch of quarterbacks finished above expectations this week, but Burrow—in a difficult matchup versus the Ravens—was the most impressive by throwing for 416 yards, three touchdowns, and one interception in a blowout win. The second-year passer has rounded more and more into form with 22+ fantasy points in three of the past four weeks.

Swift set the tone early for Detroit with a 64-yard touchdown on a screen pass, and his play helped make it a battle with the Rams. Overall, Swift rushed 13 times for 48 yards and added an 8/96/1 line as a receiver on his way to finishing as the top running back of Week 7.

A plus spot versus the Jets already set up Harris for a big game, and then rookie Rhamondre Stevenson being inactive on Sunday morning made New England’s starter a definite RB1 play. He came through with 106 rushing yards and two touchdowns on just 14 carries.

Kupp remained unstoppable last week for Los Angeles and fantasy owners—catching ten-of-13 targets for 156 yards and two touchdowns. It’s likely going to take consistent double teams for Kupp to cool off at all, but all the weapons of the Rams will make that difficult to do.

Chase is also showing no signs of slowing down, as the rookie torched Baltimore’s secondary with eight receptions, 201 yards, and one touchdown—a highlight, 82-yard catch and run—on his way to another high-end WR1 day. The “worst” game for Chase this season was six receptions for 77 yards back in Week 4.

A battle of athletic tight ends was fun to watch with Pitts and Mike Gesicki (7/85/1) going off on Sunday, and Atlanta’s first-round pick gets the nod here with seven receptions (on eight targets) for 163 yards. Hopefully fantasy owners didn’t sell low after a slow start, as Pitts has combined for 16 receptions, 282 yards, and one touchdown over the past two games.

A few candidates had a case here, but Evans finding the end zone three times—all within ten yards of the end zone, and all in the first half—allowed him to finish with 28.6 fantasy points in Tampa Bay’s 38-3 win over Chicago. Evans has had a couple of quiet performances, but he’s now up to seven touchdowns in seven games.

Another disastrous performance (similar to the one versus Cleveland last month) was a somewhat high possibility for the Bears yesterday, and that’s what happened as the Bucs forced Justin Fields into five turnovers and held them out of the end zone. Tampa Bay should remain a top option next week in New Orleans.

Gano hit three field goals from a decent distance in Sunday’s win over Carolina (53 yards, 49 yards, 44 yards) and he also hit both PAT attempts to finish as the week’s top kicker heading into Monday night.

Surprise of the Week: D’Ernest Johnson

Johnson was phenomenal in his first career start—rushing 22 times for 146 yards and one touchdown (plus two receptions for 22 yards) in a hard-fought victory over Denver. The 25-year-old has impressed whenever given an opportunity for Cleveland, and he should remain a factor (perhaps in the Kareem Hunt role) even when Nick Chubb (calf) returns.

Disappointment of the Week: Chiefs offense

Kansas City finishing with three points in a decisive loss to Tennessee is something no one could have seen coming, and fantasy investors were surely stung by Patrick Mahomes (7.74 fantasy points), Darrel Williams (6.5), Tyreek Hill (9.7), Mecole Hardman (2.8), and Travis Kelce (10.0) coming short of expectations. Perhaps an explosion will make up for it next Monday night versus the Giants.

Chase is up to 754 receiving yards through seven games, and he’s averaging an insane 21.5 yards per reception and 14.8 yards per target. At this point, it would be a surprise if Chase didn’t finish with the Rookie of the Year award in our end-of-season article.

Kupp is the only thing that kept Chase from being the Week 7 MVP, as Sunday was his third game with at least nine receptions, 130 yards, and two touchdowns. A whopping 81 targets on the season has Kupp on pace to challenge for NFL records if he continues to play how he’s been playing.