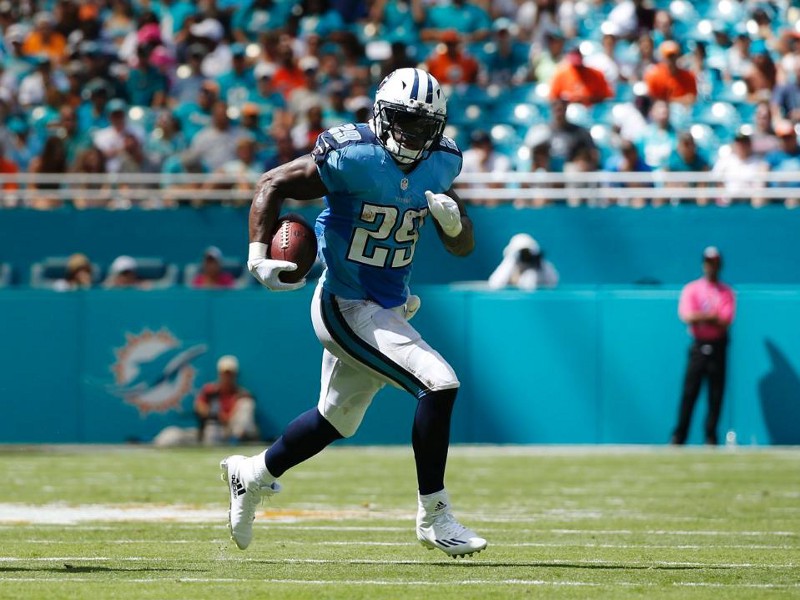 
If you’re looking for fantasy help, our weekly rankings are a great asset to use when making your decisions. These rankings are for standard leagues. But it’s not that complicated to use them for PPR; simply give a bump to guys that will catch more passes (like David Johnson, Julian Edelman). We WILL update these rankings throughout the week if there are any changes/news that comes along

Tom Brady and Matt Ryan look like the top-2 fantasy players the rest of the way. Ryan just torched the Seahawks in Seattle and would have won if not for a missed pass interference call… You’re gonna want Aaron Rodgers in your lineup when the Pack go off… Marcus Mariota has had two great weeks in a row; he’s a QB1 in a appetizing matchup… Derek Carr and Blake Bortles will do battle in Jacksonville this week in what would turn into a high-scoring game… Russell Wilson and Carson Palmer do battle this week in Arizona in what could be a defensive game… Sam Bradford returns to Philadelphia this week and should have a pretty big chip on his shoulder… Jameis Winston has a great matchup with the Niners… So do Alex Smith and Tyrod Taylor against the Saints and Dolphins respectively… There are some very good streaming options this week for Big Ben (knee) and Cam Newton (bye week) owners.

Two former Eagles runners, DeMarco Murray and LeSean McCoy, should take advantage of their great matchups this week [Update: McCoy is likely limited, Mike Gillislee is a plug-and-play RB2]… Spencer Ware needs to be in lineups this week against New Orleans, and Jamaal Charles deserves a spot, too… If Doug Martin makes his return, he should be put into lineups immediately against the Niners [Update: Martin is out, Jacquizz Rodgers needs to be in lineups for this dream matchup]… Tevin Coleman scored just 1 point last week, but you’re gonna be glad you played him in a potential shootout with the Chargers this week… It might not happen for Todd Gurley this year; he needs to be demoted to RB2 status… Frank Gore needed overtime to do it, but he broke the Colts’ streak without a 100-yard rusher. He’s got a tough matchup this week against the Titans… Mike Davis is an RB2 in Chip Kelly’s offense with Carlos Hyde (shoulder) unlikely to play… This could be a Jeremy Hill week against the Browns… C.J. Anderson needs to do something before rookie Devontae Booker takes control of the Denver backfield… Eddie Lacy (ankle) should play this week, but he’s clearly way less than 100%, plus the Packers will probably air it out to shut everyone up… James White scored twice last week and is playing more than LeGarrette Blount since Brady’s return. He has value in standard leagues… After going off for over 200 yards last week, Jay Ajayi will be a popular start, but the Bills are a difficult matchup… Terrance West and Matt Forte are trending in opposite directions, but both will have a hard time finding running room against one another this week… I’m done trying to figure out the Jags’ backfield. T.J. Yeldon is better, but they suddenly gave Chris Ivory more touches a week ago, despite trailing. Both are risky FLEX plays… Knile Davis probably won’t see a lot of snaps in his first game with the Packers on a short week.

Antonio Brown cannot be treated as the no-doubt #1 WR without Big Ben… Julio Jones will have no problem holding that distinction after going for 139 yards and a touchdown against Seattle… Jordy Nelson and Randall Cobb might both have huge night’s on Thursday Night Football with everyone doubting the Packers… Although last week seemed like a prime spot, the Raiders are an even better spot for Allen Robinson to recapture the magic from a year ago… Julian Edelman hasn’t surpassed 35 yards in either game with Tom Brady, but that will change eventually… Larry Fitzgerald should avoid Richard Sherman this Sunday night, but Darrelle Revis did follow him into the slot on MNF… Ty Montgomery took 1st-team reps at running back at practice for the Packers on Wednesday, and Aaron Rodgers said his best position might be running back. He saw double-digit touches with Eddie Lacy active last week, so the former Stanford standout is a lock for that on Thursday night… If Stefon Diggs returns, he has a great matchup with a weak Eagles secondary and a determined quarterback on his side… The Lions couldn’t stop Kenny Britt last week, so DeSean Jackson could finally break though in Week… Cameron Meredith has quietly become a solid FLEX play… So Golden Tate is alive? He could see some more targets this week, as the Lions will be avoiding Josh Norman on the outside… Kendall Wright is alive, too, but he played just 22 snaps last week. It might be best to see how he does against the Colts before you get too excited… Jordan Matthews needs to be downgraded with all those corners from Minnesota matching up with him.

Remember what Rob Gronkowski did to the Steelers a year ago? Gronk is back… Travis Kelce should be better this week after playing in the rain last week… Hunter Henry needs to be picked up if he’s available and put into lineups against a Falcons team that cannot stop tight ends… Martellus Bennett didn’t play much in the first half last week, but the Patriots offense took off as he was in more for the second half… Keep Zach Miller in your lineup this Thursday night… Jack Doyle will get more playing time with Dwayne Allen injured… Kyle Rudolph needs to be downgraded with the Eagles across the field. He will still be involved, but it’s unlikely he has a big game… Charles Clay is bound to score on his former team.