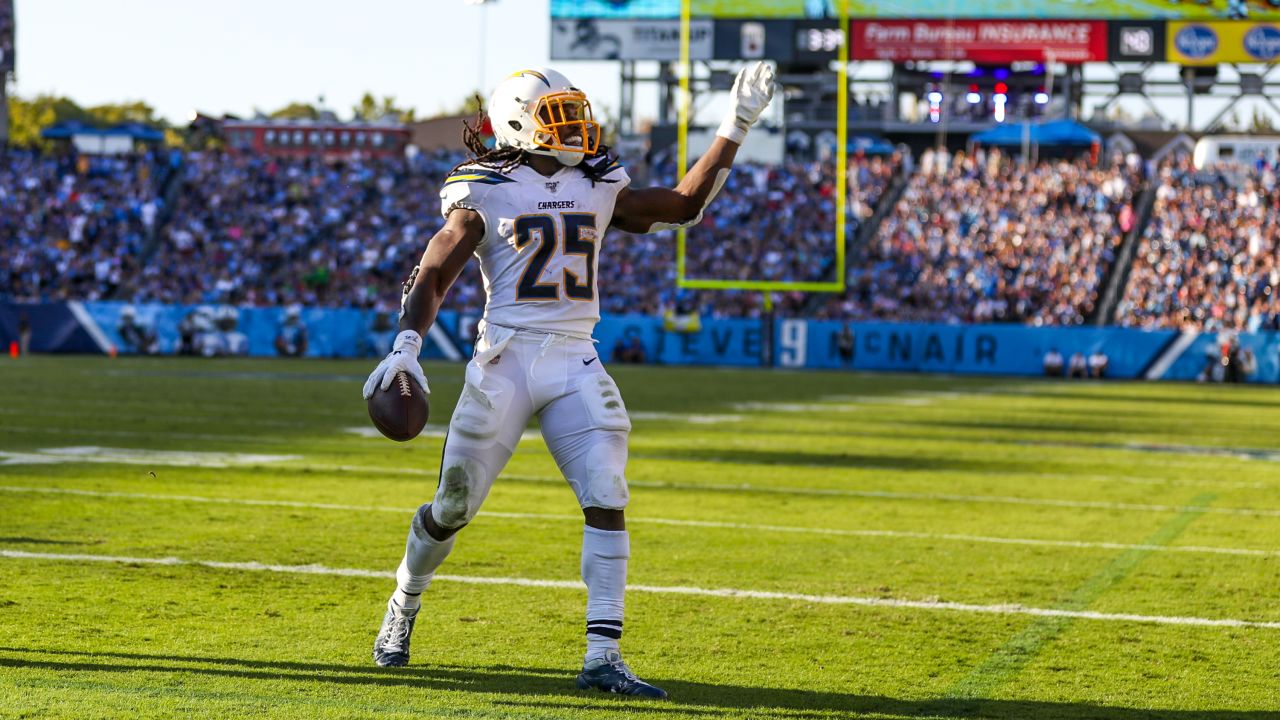 Week 8 Fantasy: “Thumbs Up, Thumbs Down”


Be sure to check out our Week 8 rankings or get an expanded explanation for any start/sit decision with Fantasy Consigliere.

Thumbs Up of the Week: Josh Allen (v PHI)

Despite the Dolphins controlling the ball/clock last week (including a ten-minute drive in the second half), Allen still had 21.3 fantasy points in Buffalo’s comeback win, and he proved once again that he can come through when it matters most—going six-of-seven for 67 yards and two touchdowns in the fourth quarter. Coverage issues for Philadelphia are well documented, but it’s also worth noting that they often struggle against mobile quarterbacks, so the big-time rushing performance we’ve been waiting for from Allen may come on Sunday.

Week 8 was the targeted return date for Brees (thumb), and if he plays, you shouldn’t hesitate to get him back in lineups against a Cardinals defense allowing the fourth-most fantasy points per game to opposing quarterbacks. Sean Payton has been on a roll as a play-caller with Teddy Bridgewater under center, but Brees remains an elite player that should put up huge numbers for a potential shootout. I have him as a top-six option.

Detroit has wanted to create balance this season, but with Kerryon Johnson (knee) placed on IR, a lot more will fall on Stafford’s right arm, which is something he’s had no problem with throughout his career. Besides a Week 4 matchup against the Redskins (when Dwayne Haskins made his NFL debut) and last week’s weather-impacted game against the Cardinals, New York’s defense has allowed 20.5+ fantasy points in every game this year. Stafford is a definite QB1.

Thumbs Up: Kirk Cousins (v WAS)

Since the Minnesota offense made their issues public (via Cousins awkwardly apologizing to Adam Thielen on the radio and Stefon Diggs’ reportedly requesting a trade), the passing attack has taken off for a season-long pace of 5,205 yards and a 53:5 touchdown-interception ratio over the past three games. Cousins’ red-hot play could cool off at any moment, but even if Adam Thielen (hamstring) doesn’t play, he has a great chance to keep it going in a game against his former team on a short week.

Thumbs Down of the Week: Baker Mayfield (@ NE)

By this point, most fantasy owners already have Mayfield—who owns a 5:11 touchdown-interception ratio this season—out of lineups, but if you’re a holdover for whatever reason, just know that opposing fantasy quarterbacks are averaging 3.8 fantasy points per game against New England, and only Josh Allen (11.8) has reached double-digit points against them. The bye week possibly leading to a great game plan is the only thing keeping Mayfield (QB28) ahead of Kyle Allen (@ SF) and Case Keenum (@ MIN) in the Week 8 rankings.

Wentz is coming off a sub-par performance against the Cowboys on Sunday Night Football, and things won’t get any easier when the struggling Eagles head to Buffalo this weekend. Until the unpredictable Ryan Fitzpatrick carried Miami to a near victory last week, the Bills hadn’t allowed more than 250 passing yards in a game, and overall, opponents have only combined for four touchdowns passes against them. Consider Philly’s quarterback a midrange QB2.

The weapons in Andy Reid’s offense may force you to consider Moore, but I think there are enough options out there to go with someone else. While the Packers have allowed some passing production, they are also very opportunistic and can create turnovers, so a couple of early mistakes for the veteran quarterback could lead to things going off the rails a bit. Moore’s last 300-yard game came in October of 2010.

As I’ve said before, head coach Matt Nagy needs to make things easier on Trubisky, but a benching unfortunately seems more likely than a change in offensive philosophy. Despite 20.0 fantasy points last week (thanks in large part to garbage time), Trubisky has a single-digit-point floor with limited upside based on how things have gone so far in 2019. Start him at your own risk.

Thumbs Up of the Week: Nick Chubb (@ NE)

I don’t like using star players that should start every week as a “Thumbs Up,” but Chubb’s current industry ranking has him as the RB12, and some are viewing him as a borderline top-15 option. From a fantasy perspective, the Patriots have allowed the fewest points per game to opposing running backs, but stopping the run between the tackles might actually be their biggest vulnerability (as the Bills showed when Frank Gore rushed 17 times for 109 yards); fantasy owners shouldn’t even entertain the thought of benching Chubb.

Thumbs Up: Chase Edmonds (@ NO)

Arizona signing running backs Alfred Morris and Zach Zenner this week would seem to indicate that David Johnson (ankle) will miss at least one game, but the veterans should have zero impact on Edmonds’ role as the feature back. Though the Saints are stout against the run, Edmonds is expected to see enough work as a receiver to keep him in play as a high-end, high-upside RB2 in Kliff Kingsbury’s offense.

White has been remarkably consistent this year with between 9.0 and 10.7 fantasy points in every game, but I think Sunday could set up for a breakout performance. Cleveland has allowed lines of 4/81/1, 13/76, 5/35/1, and 6/70 to opposing backfields already this season, and if their defensive line can have success getting to Tom Brady, he will be looking for White as his outlet underneath. With just one touchdown through six appearances, a multi-score game could be in White’s future.

I know “experts” on Twitter don’t think Gordon—coming off three consecutive seasons with 12+ scores—is a good player, but the buy-low window has never been more open, and he could turn things around as early as this weekend. Whether it’s the offensive struggles weighing down the defense or Akiem Hicks’ absence affecting the defensive line, Chicago has allowed 38.6 points per game to opposing running backs over their past two outings, and Gordon will want to atone for his lost fumble to end Week 7. The Wisconsin product is a solid RB2 for me.

Thumbs Down of the Week: Joe Mixon (@ LAR)

The Bengals badly need A.J. Green (ankle) back on the field to open things up, but it sounds like his return may not come until after the Week 9 bye, which will lead to more stacked boxes for Mixon. A receiving touchdown saved him last week, but the former second-round pick isn’t seeing enough targets to bank on additional production through the air, and he’s rushed 18 times for 12 yards over the past two games. Talent keeps Mixon in play as a low-end RB2/FLEX option, but I wouldn’t feel good about starting him.

Gore (11 carries) formed a fairly even split with Devin Singletary (seven carries) in the rookie’s return, so the workload probably isn’t big enough to feel good about against Philly’s front seven. Plus, Doug Pederson described the Eagles as “mad” this week, and I would be surprised if the defense didn’t come out fired up to at least stop the running game after allowing Ezekiel Elliott to essentially have a vintage Zeke game last Sunday night. For this week, Gore is a capped-ceiling FLEX.

The Eagles have to make some serious changes at 3-4, and one of them should be less playing time for Sanders. The offense functions a lot better with Jordan Howard in the backfield, and Pederson—who sometimes will appear to make a decision at a press conference and stick with it on game day—admitted that Sanders missed a hole on a key third down last week. The flashes should have the team optimistic about Sanders’ long-term upside, but for now, he’s just a decent FLEX that’s too dependent on big plays.

Perhaps everything working against him—an ankle injury on a short week, a tough opponent, age, etc.—will mean Peterson takes his game to another level because he’s always fueled by doubt, but I wouldn’t feel confident about him turning back the clock (even in a matchup against his former team). The Redskins have kept the game close in back-to-back weeks, and Peterson has still only played 64% of the team’s offensive snaps. He probably needs a score to be worth starting.

Thumbs Up of the Week: John Brown (v PHI)

Cornerback Jalen Mills was able to stabilize things a bit on the backend for Philadelphia in his season debut, but Brown—who has scored in all career three matchups against the Eagles—simply has too much speed for anyone currently on Philly’s depth chart. Six games into his Buffalo tenure, “Smokey” has caught 33-of-45 targets for 473 yards and two touchdowns, and a play of 40+ yards will happen soon enough. I have Brown as my No. 7 wide receiver for Week 8.

Golladay was a definite disappointment last week against the Vikings, but Sunday’s matchup looks a lot easier, as the Giants have routinely struggled to defend big-bodied receivers on the perimeter (see: Mike Evans). Ideally, New York will shade coverage towards Marvin Jones after a four-touchdown game, which would allow the numbers to swing back in Golladay’s direction for what should be a pass-heavy attack. Consider him a WR1.

Smith-Schuster doesn’t care about numbers, but coming out of a the bye, I expect him to be targeted early and often after just three receptions for 15 scoreless yards in Pittsburgh’s previous Monday Night Football game. The Dolphins have been torched by opposing No. 1 receivers all year—including Marquise Brown (4/147/1), Antonio Brown (4/56/1), Amari Cooper (6/88/2), Terry McLaurin (4/100/2), and John Brown (5/83/1)—so JuJu carries plenty up upside as a WR1/WR2 option.

Thumbs Up: Stefon Diggs (v WAS)

The Vikings may not need to pass much on Thursday night, but when they do, Diggs will be peppered with targets as Adam Thielen (hamstring) heals up for Week 9. In two matchups against his hometown Redskins, Diggs has averaged 19.4 fantasy points per game, and he’s now cleared 100 yards in three of the past four weeks. Look for him to stay hot in primetime.

Thumbs Down of the Week: Odell Beckham Jr. (@ NE)

All plays obviously count, but aside from an 89-yard touchdown back in Week 2, Beckham has totaled 28 receptions for 347 yards (12.4 average) and zero scores as a member of the Browns. The numbers probably won’t look much better after Sunday, as whether it’s accomplished via double teams, shadow coverage by Stephon Gilmore, or a combination, Bill Belichick will make sure OBJ doesn’t get loose for a big play. The name alone will likely keep him in most lineups, but I have Beckham as my No. 26-ranked wideout for Week 8.

Name recognition may also keep Hill in lineups, and that’s doubly true considering a 57-yard touchdown from Matt Moore last week is fresh in people’s minds. That said, the 25-year-old has been a volatile fantasy option as it is (the highs being so high just makes him extremely valuable), and having Moore under center for a full game is definitely worrisome. Our ranking of Hill (WR22) is much lower than the consensus (WR8).

The Bills are unlikely to use shutdown cornerback Tre’Davious White to follow Jeffery around because of the size difference, but overall, there isn’t a soft spot in Buffalo’s secondary, and touchdowns have really kept Philly’s No. 1 receiver afloat this season (he’s averaging just 9.7 yards per reception). With the Eagles’ passing attack really struggling over the past month, it might be wise to bench Alshon if possible.

Moore has produced no matter who has been under center in Carolina this year, but a soft schedule may have a lot to do with his early-season success. This week, the Panthers will have to travel to take on a San Francisco defense that has allowed the second-fewest fantasy points per game to opposing receivers, and the offense might not operate as smoothly if Cam Newton’s impending (potential) return affects Kyle Allen. I’d look elsewhere.

As stated last week, the tight end position is a wasteland, so simply check out our Week 8 rankings or get personal advice for all your start/sit decisions by subscribing to Fantasy Consigliere today using promo code GHOST.