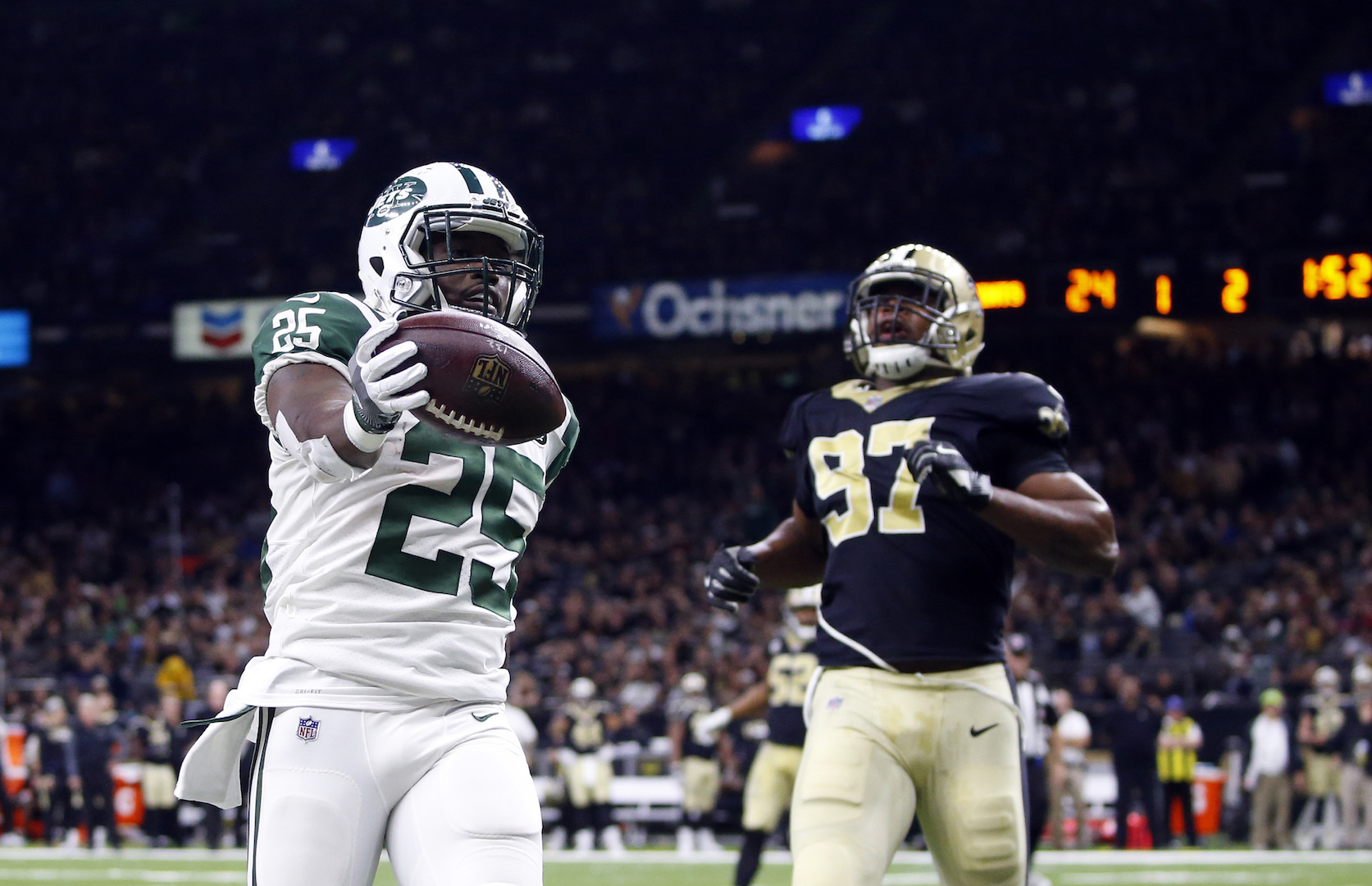 
Let’s face it: fantasy leagues have kind of gotten out of control. But rather than knock those who make fantasy football a 365-day thing, why not try to help them cut down on quantity of leagues by throwing out the idea of a mega, 32-team dynasty league? Owners would need to be extremely committed, and that commitment would be a year-round one.

Plus, the internet and social media has allowed people who have never actually met to build some sort of relationship through fantasy sports, so creating and sustaining a 32-team league might not be as crazy as it would have been ten, five, or even a couple years ago. Using Fantasy Pros draft simulator, I’ve taken a shot at a 32-team draft, and this is how it looked (only my picks, as listing all 512 would take forever). It’s non-PPR with a normal FLEX (RB/WR/TE), and I had the No. 20 pick via randomization.

Since being drafted by the Bears in 2016, Jordan Howard is second in the league in rushing with 2,435 yards and has scored 15 touchdowns on the ground. I’m banking on an improvement by Chicago that could make Howard a yearly double-digit touchdown threat with a 1,200-yard floor if he stays healthy.

In a dynasty draft for a huge league like this, fantasy owners need to obviously look ahead to 2019 and beyond. I think Tevin Coleman provides the perfect blend of current value with the Falcons and long-term potential for when he hits free agency after the season.

I’m not saying that anyone who ends up doing a 32-team league should go RB-RB-RB, but that’s just how the cookie crumbled here, and it could give me the best trio imaginable for a dynasty league of this size.

Wide receivers went off the board quicker than any other position, but Anthony Miller should be extremely productive in Matt Nagy’s offense once he acclimates to the NFL game.

I think this is pretty late to get a high-profile skill-position player like John Ross, but people have decided to write him off after a disappointing rookie season. The speed hasn’t gone anywhere, though, and he could see some favorable coverage with A.J. Green on the other side of the field.

Another high-upside speedster, John Brown’s only knock is health, and he could be a difference-maker if he’s 100% with cannon-armed Joe Flacco throwing passes in 2018 or the dynamic Lamar Jackson as soon as 2019.

Speaking of strong-armed, dynamic passers, Josh Allen was barely ranked as a top-32 fantasy quarterback according to Fantasy Pros dynasty rankings, which is ludicrous. I gave serious thought to drafting him in Round 5 or Round 6 before being tempted by potential at wideout. (And quarterback is very deep.)

Elijah McGuire could find himself on the fringe of New York’s roster if he doesn’t perform this summer, but he could also wind up as the starter over veteran Isaiah Crowell and Bilal Powell. This could be a bargain.

It’s pretty clear by now that I’ve committed to building a young team, so Chris Conley is worth a pick here based on upside, as he’s a six-foot-three receiver that can run a 4.3 and hits free agency next year. I still think a late breakout is possible, but it might not come in Kansas City.

I was forced to punt on tight end after missing out on Mike Gesicki, Vance McDonald, and other high-ceiling options that could create chunk plays, but Ian Thomas could take over as a significant fantasy contributor once Greg Olsen retires.

Yes, I said we are building a young team, but we aren’t “tanking” either. Sam Bradford has great weapons to work with in Larry Fitzgerald and David Johnson, so he could start in 2018 before my fantasy team hands over the reigns to Josh Allen next season.

The Niners’ team website talked up Bourne recently, saying he “flashed at nearly every practice that was open to the media,” so I’m hoping that carries over to game action in the preseason. If so, the undrafted second-year player should shatter these expectations.

Getting all this speed at receiver wasn’t planned, but John Ross, John Brown, and now Phillip Dorsett are all specialists at getting deep, so one play could be the difference in any given week, especially in a 32-team league.

I am taking Gates here with the expectation that the Chargers will bring him back following Hunter Henry’s season-ending injury, and I think the future Hall of Famer could provide top-20 value for one season on this team.

My choice of fantasy defense was limited to the bottom-ten units, but the pick was pretty easy with Mike Vrabel now leading Tennessee, as their defense could quickly become one of the NFL’s best. Plus, Adoree’ Jackson in the return game is a nice bonus.

This was also an easy choice for me, as rookie Daniel Carlson was a great college kicker with an NFL leg—and he happens to be employed by one of the best teams in the league.