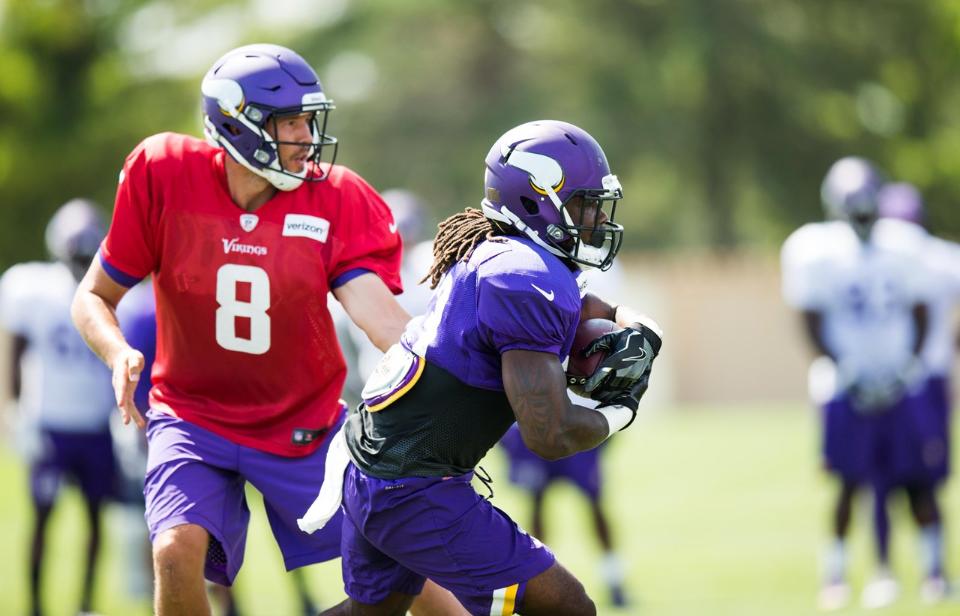 
Who/what should I watch for this week’s preseason games? – Mark

All the running back situations are worth monitoring, and I’m curious to see if Dalvin Cook can run away with the starting job in Minnesota. Other backfields to watch include New England, Kansas City, Seattle, Green Bay, Cincinnati, Detroit, and more.

What impact does Cutler have on the Dolphins offense? – Leonard

I think going from Tannehill to Cutler has minimal impact from a fantasy standpoint, but if it would benefit anyone, it’s DeVante Parker. Cutler has had success throwing to big receivers in the past (Brandon Marshall and Alshon Jeffery).

Check out the rankings when they are released. Hint: he wears #12.

I don’t agree with the zero-RB strategy. In my opinion, you should make a draft board and stick to it, not go into the draft thinking you won’t take a running back early; taking away an entire position group from the draft pool doesn’t seem like a good strategy at all. If that’s what you want to do, though, I guess high-upside handcuffs like Derrick Henry and Thomas Rawls—both of whom may have standalone value—are the best options.

Chicago wide receiver to own? – Shane

It’s unlikely that I own any of them, but Cameron Meredith is your best bet. He did have 888 yards last season in just 10 starts (14 total games), and I’m not sure Kevin White is ever able to live up to his draft status.