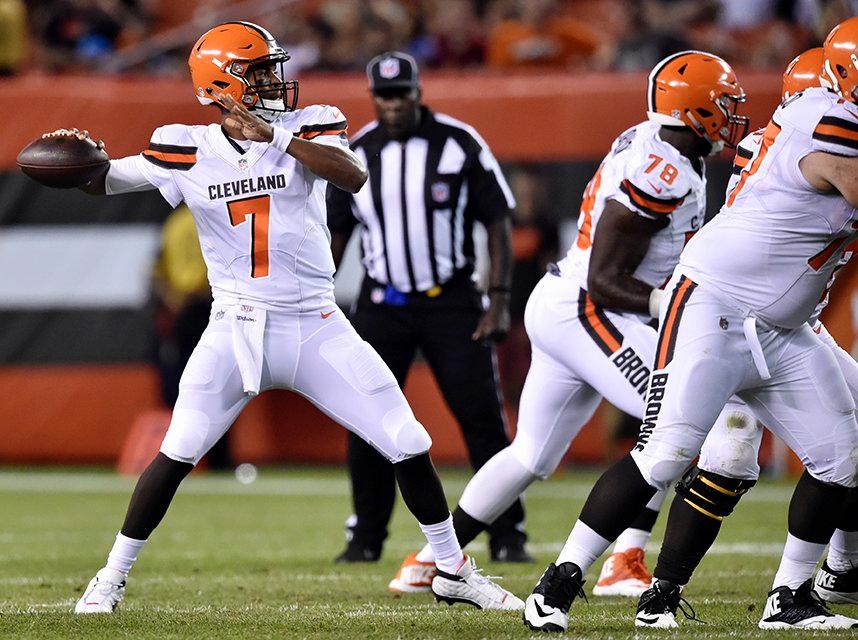 
Week 2 of the preseason is underway. Here are the questions people had after the first week of exhibition action. Keep emailing your questions to contact@wolfsports.com!

When should I draft Sammy Watkins now? – Marco

If you trust your own judgment, you should make rankings and see where he lands on them. My rankings will be released soon, but I will just say now that I am much higher on Jared Goff than most of the fantasy “experts” labeling him a “bust” and considering the trade the end of the world for Watkins’ fantasy outlook. That said, Tyrod Taylor had arguably the best deep ball in the NFL, and Sammy will have to build chemistry with his new quarterback.

Is Rico Gathers worth drafting as my TE? – Ben

I wouldn’t go that far with Jason Witten still around, but Gathers—having the benefit of playing two games thanks to the Hall of Fame game—is probably the preseason MVP so far (if that was a real award). I think he will have some good games, but consistency will make him too frustrating to start, which probably doesn’t make him worth owning in 10- or 12-team leagues.

What would Kizer do for the Browns offense from a fantasy perspective? – James

Kizer has a big arm and pushed the ball down the field in his first NFL action, but we have to keep in mind that it was one game against players that might not be on a 53-man roster in September. I don’t think Kizer would necessarily be an upgrade for anyone, but he could give Corey Coleman a little more upside.

Early drafters who picked Eddie Lacy couldn’t be happy on Sunday when Thomas Rawls played exclusively with the first-team offense, and that’s exactly why you should wait until the preseason is over to draft if you can. Elsewhere, Ty Montgomery and Samaje Perine both fumbled, and that’s never good.

It was clearly Jordan Matthews after the trades Buffalo made, but his chipped sternum will keep him out for the preseason and potentially into the regular season. I guess, by default, rookie Zay Jones is the guy. However, he played the slot for the most part in college, and playing outside for the Bills could come with a steep learning curve early on.