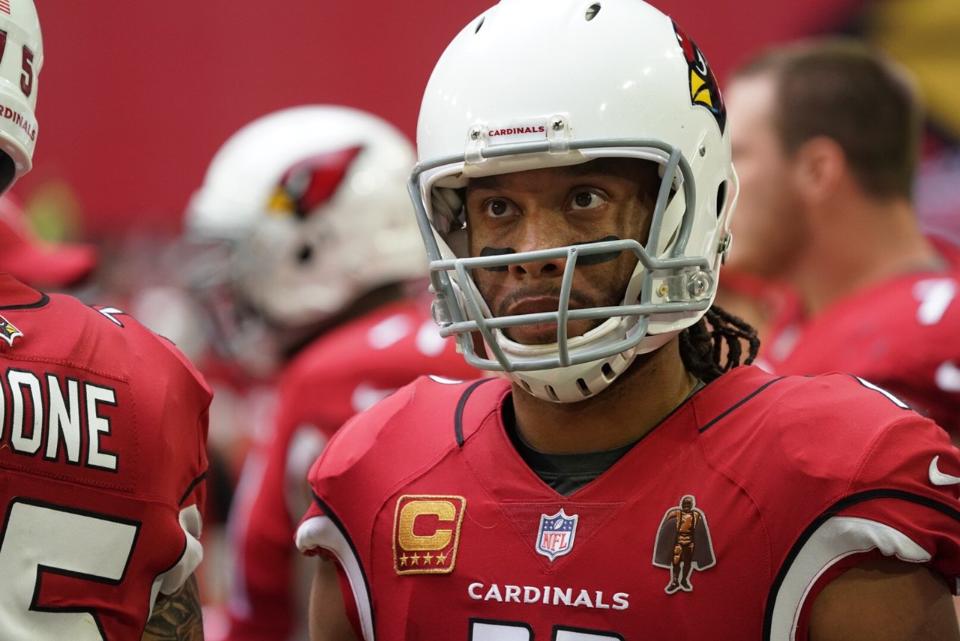 
Keep sending your questions to contact@wolfsports.com and I’ll answer them every Friday (you’ll also get an email reply almost immediately). Check out our Week 16 rankings for all your start/sit decisions.

Who should I sit in a PPR league out of Larry Fitzgerald, Brandin Cooks, and JuJu Smith-Schuster?

I have Cooks lower than both JuJu and Fitzgerald in standard rankings, so I would definitely sit him against Tre’Davious White in a PPR league.

I tanked in a dynasty league but have two of the top three picks next year (#1 and #3). Which two rookies should I target?

We’ll have to see where everyone lands, but I don’t see how Saquon Barkley isn’t the top pick no matter what. After that, situation will be a big factor, but all things equal, I really like quarterback Lamar Jackson (if he declares) and wide receiver Christian Kirk.

Any worries about Alex Collins this week?

No, I don’t think so. He’s still an RB2 against the Colts, especially after C.J. Anderson just rushed for 158 yards in Indianapolis.

Should I start Martavis Bryant over Carlos Hyde in the FLEX? I’m facing a powerhouse so probably need to score big.

I would. Ben Roethlisberger probably has a lot more confidence in Bryant after the plays he made last week, and we still haven’t seen a monster game from a guy who has the talent and opportunity with Antonio Brown out.

Is Nelson Agholor in the 16th round or Adam Thielen in the 10th round a better keeper pick?

That is very close, but Thielen is probably worth the steeper price because his role is more stable. If Agholor is featured in a Super Bowl run for Philadelphia, then things might be different.