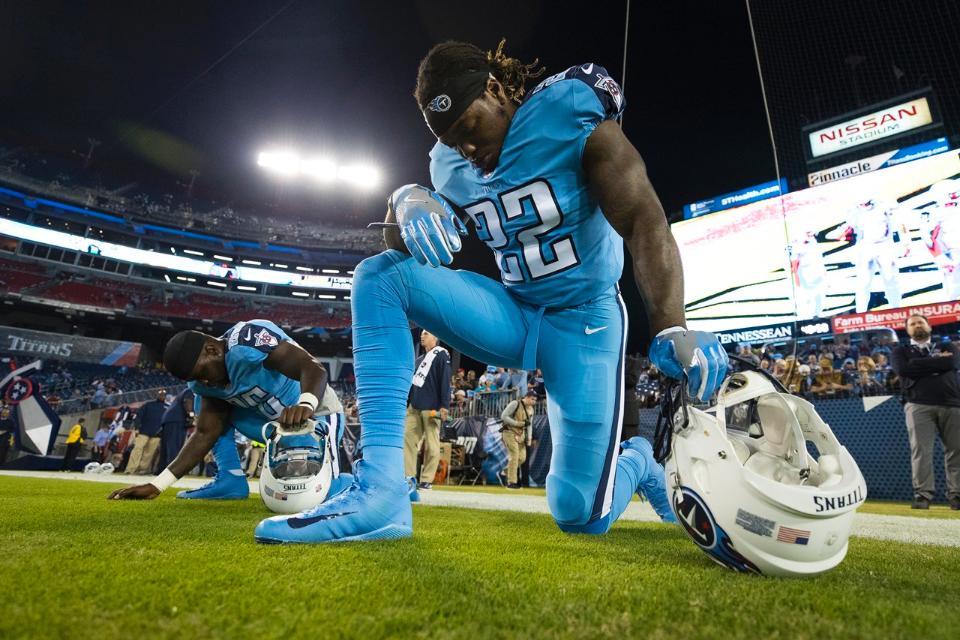 
Welcome to the final White Wolf Fantasy Mailbag of July. Training camp is underway, and in one week (!) we will have actual football with the Hall of Fame game. Right now, it’s time to answer fantasy questions. Keep emailing them to contact@wolfsports.com and I’ll answer them every week.

You really think Latavius Murray is a better pick than Dalvin Cook? – Eric

This is in reference to Murray being my undervalued running back for 2017; and yes, but the longer he is out of action as he recovers from ankle surgery, the more I will be forced to bump him down in my rankings. Something I didn’t say in my article about Murray is that Cook is being discussed as a kick returner for Minnesota, so it’s unlikely they use him as an immediate workhorse as some seem to think.

Is Duke Johnson a good pick in PPR leagues if he’s the primary slot receiver for the Browns? – Ricky

He should be no more than a late-round pick, but Duke Johnson is probably worth a shot there. Cody Kessler is extremely accurate, so if Johnson can get open from the slot, he could find some fantasy value. It is surprising that the Browns seem so committed to Isaiah Crowell though, as I think Johnson is the superior running back, so we’ll see if Duke gets more run in the backfield if Crowell struggles behind an improved line. If that happens, he would have much more value as a starting running back than he would as a slot receiver.

Could Deshaun Watson be a good fantasy option if he wins the starting job? – Dan

I had Watson as the second-best prospect in the 2017 NFL Draft, so I like his chances if he starts. He landed in a great spot with Bill O’Brien in Houston, and will have an elite receiver in DeAndre Hopkins to throw to, along with deep threat Will Fuller and Braxton Miller from the slot. Add in the potential rushing numbers, and Watson has the makings of a good bye-week/streaming option.

Best Dolphins WR to own in standard leagues? – Michael

This could be a frustrating situation with a suddenly loaded offense, especially because it will likely be built around Jay Ajayi and the running game. I’m not revealing my rankings until August, so we’ll see in a few weeks.

If Tevin Coleman counts, then him. I think he has enough standalone value—and is basically a co-starter—that he doesn’t quality though, so I will say Derrick Henry because he’s simply the best backup running back in the NFL. Also, early drafters should target Darren McFadden with a potential Elliott suspension looming.