WOLF SPORTS ALERT There may be temporary bugs due to site performance upgrades. Thank you for your patience!
Home / frontfantasy / White Wolf Fantasy Mailbag: November 10, 2017 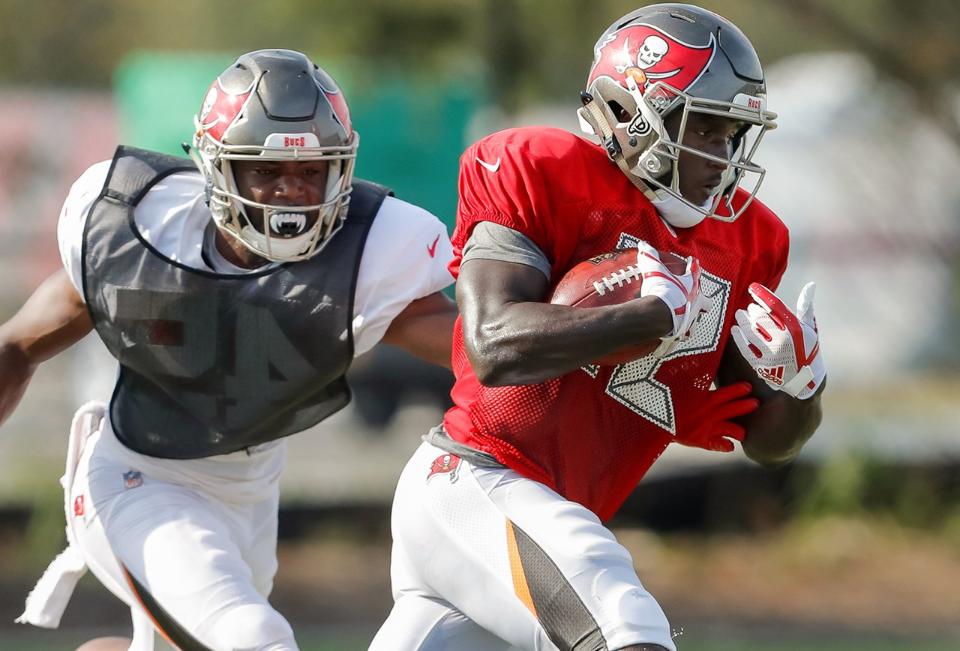 
Keep sending your questions to contact@wolfsports.com and I’ll answer them every Friday (and you’ll also get an email reply almost immediately). Check out our Week 10 rankings for all your start/sit decisions.

Best handcuff for the fantasy playoffs?

I’m not even sure there really are handcuffs anymore, as teams usually go to a committee now if the starter goes down. The only handcuffs without much standalone value worth targeting are probably James Conner (PIT) and D’Onta Foreman (HOU).

Should I trade Sammy Watkins for Alfred Morris? I’m 7-2 and had Zeke.

No, I wouldn’t. I think you’re better off trying to get Rod Smith off waivers rather than giving up Watkins. The Rams have a cupcake playoff schedule (v PHI, @ SEA, @ TEN, v SF), especially with Richard Sherman now done for the season.

I like both for this week and long-term (beyond 2017), but I’d go with Godwin. The third-round pick should immediately step into Mike Evans’ role, and Ryan Fitzpatrick won’t be afraid to sling it.

Will Fuller or Devontae Booker for the rest of the year?

Booker. It was fun to have Will Fuller scoring on every play while it lasted, but Tom Savage is too big a downgrade from Deshaun Watson. I expect Booker to get a lot of work down the stretch if Denver doesn’t turn it around.

PPR league where I have Melvin Gordon, Christian McCaffrey, Leonard Fournette, and Jerick McKinnon. Should I trade Fournette for Rob Gronkowski? Delanie Walker is my tight end.

It’s tough to get rid of Fournette, but I would clearly rather have Gronk. You can’t play all those running backs you have, and I like getting a set lineup for the fantasy playoffs if that’s where you’re headed.