WOLF SPORTS ALERT There may be temporary bugs due to site performance upgrades. Thank you for your patience!
Home / frontfantasy / White Wolf Fantasy Mailbag: November 17, 2017 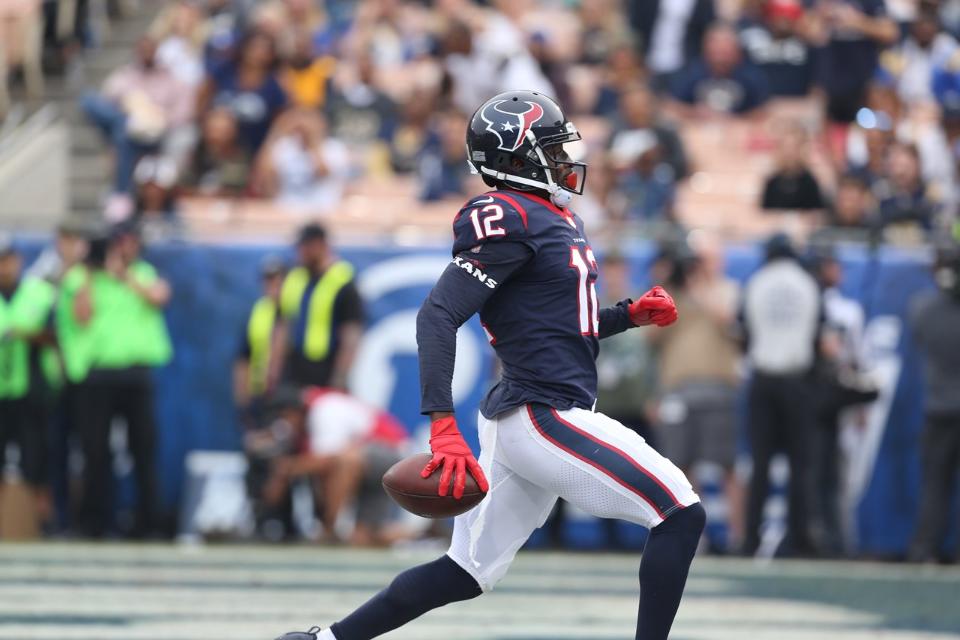 
Keep sending your questions to contact@wolfsports.com and I’ll answer them every Friday (and you’ll also get an email reply almost immediately). Check out our Week 11 rankings for all your start/sit decisions.

Looking ahead to Thanksgiving, should I pick up Hunter Henry or Jason Witten at tight end? Or stick with Austin Seferian-Jenkins against Carolina?

The final call will be determined in next week’s rankings, but I’d say there’s a 95% chance Henry is preferred play. Dallas probably won’t have Sean Lee again, and Henry has both the most talent and the best matchup—it’s all about Los Angeles giving him targets.

Defense with the highest upside this week besides teams like Jacksonville that are widely owned?

Kansas City, as they are coming off the bye and should score points at will, so New York will be forced to throw it, which could lead to sacks and turnovers. Philadelphia is also a good option with left tackle Tyron Smith out for the Cowboys.

Is it dumb to sit Dak for Jay Cutler or Case Keenum? And which one do you think if I do?

It’s not something I would do, but it’s not dumb. As I just said, Tyron Smith isn’t playing on Sunday night, and we saw the impact that had on Prescott and the offense in Week 10. If you want to sit him, go with Cutler.

The last place team in my league is trying to trade Cam Newton and Le’Veon Bell to a playoff team for Emmanuel Sanders, Alfred Morris and Kenyan Drake. That has to be collusion, right?

I would say so. Unless they also have another elite quarterback and two running backs and a FLEX that are elite but need Sanders for help at wide receiver, that trade doesn’t make any sense (and isn’t possible, especially for a last place team). I’m not really a fan of big-time trades between teams way out of contention with playoff teams or potential playoff teams.

Bruce Ellington, Mike Williams, and Brice Butler in that order. I especially like Ellington with Patrick Peterson shadowing DeAndre Hopkins.