WOLF SPORTS ALERT There may be temporary login issues due to site maintenance. Thank you for your patience!
Home / frontfantasy / White Wolf Fantasy Mailbag: October 13, 2017 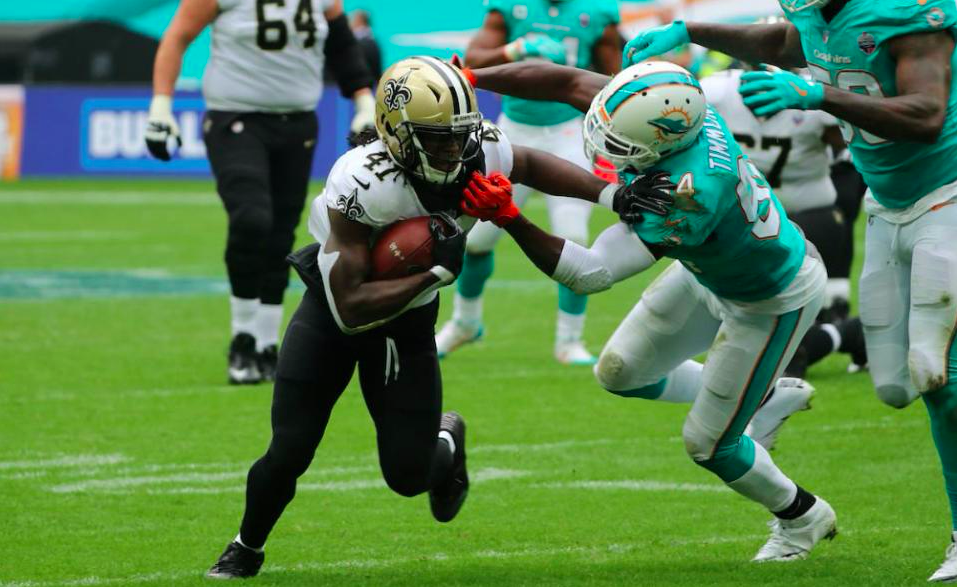 
Keep sending your questions to contact@wolfsports.com and I’ll answer them every Friday (and you’ll also get an email reply before then). Check out our Week 6 rankings for all your start/sit decisions.

Jerick McKinnon or Latavius Murray for the rest of the season? – Rick

McKinnon had a huge game on Monday night, but he was able to use his speed to take advantage of an undermanned and unprepared Chicago front. I still like Murray for the rest of the season, as he’s still getting better after offseason ankle surgery, and he should handle all the goal-line touches for the Vikings. McKinnon is the better option this week, though.

Should I try to trade Ty Montgomery? – Will

I’m probably a bigger Montgomery fan than anyone dating back to 2016, but if you can get an elite player or fill in holes on your roster, then I say yes. It hasn’t even been two full games, but Aaron Jones has been really impressive for Green Bay, and he’s at worst going to take some significant snaps away from Montgomery.

Who should I pick up for the FLEX this week out of Roger Lewis, Hunter Henry, Matt Breida, and Charcandrick West? Yes, I’m desperate. – Andrew

Henry has the best matchup and finally saw a good amount of playing time in Week 5, so you’d think LA would feature him again. I’d actually be pretty confident in the talented tight end against Oakland.

This is very close, but I’d lean Kamara. Both are really good options this week, but the Saints should have more scoring opportunities than the Jets.

Is it smart to drop Martavis Bryant for Will Fuller? – Mike

I’m not sure I would do that, but if you need a win this week and there’s no one else to play or drop, then go for it. Fuller isn’t going to keep up his two-touchdowns-per-game pace, but he gets Cleveland on Sunday.