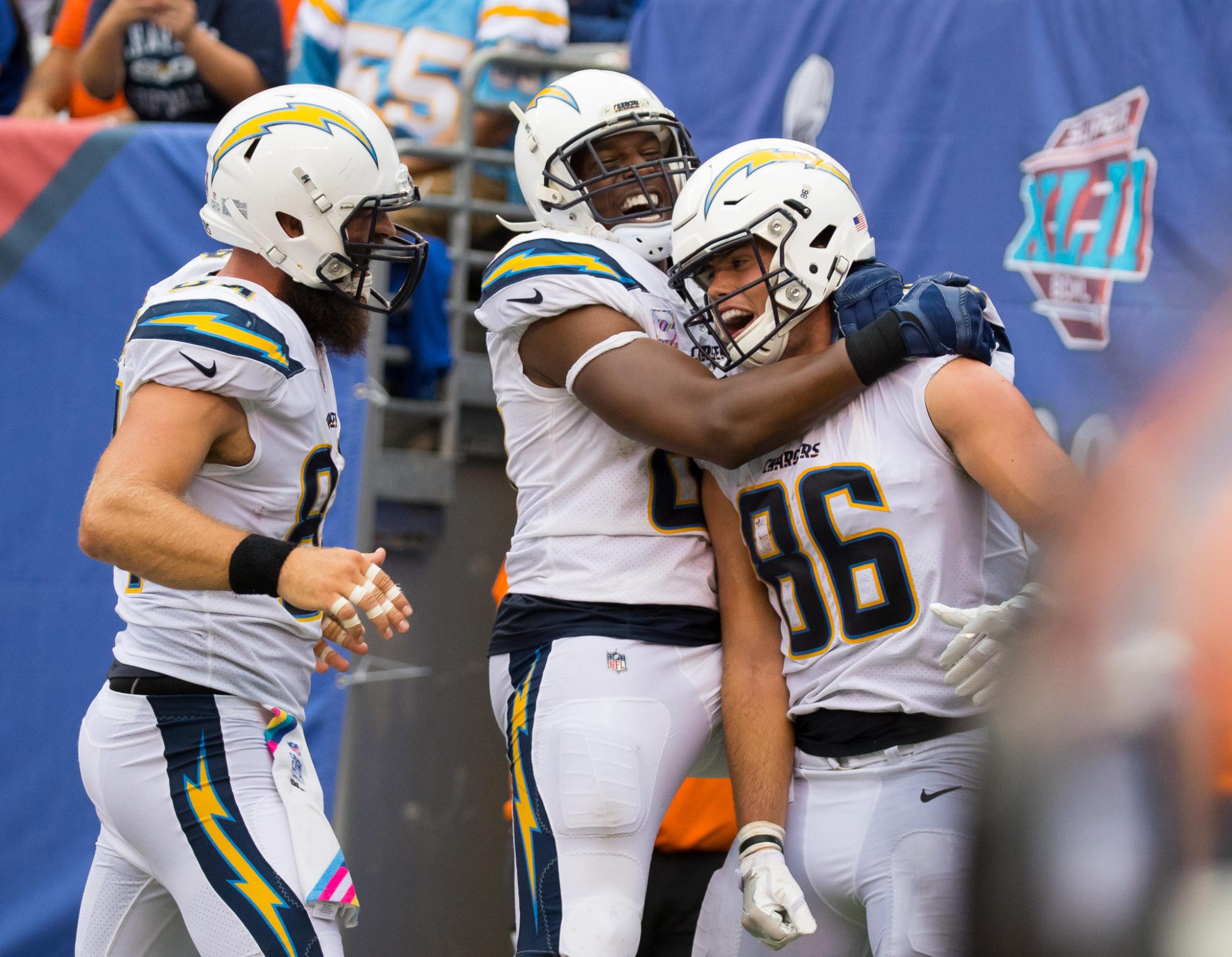 
Keep sending your questions to contact@wolfsports.com and I’ll answer them every Friday (and you’ll also get an email reply almost immediately). Check out our Week 7 rankings for all your start/sit decisions.

That’s close, but with Stefon Diggs ruled out again, I’d go with Thielen in an easier matchup.

Good call for me to put Hunter Henry in my FLEX last week. Should I do it again over Bilal Powell or Eddie Lacy? – Andrew

Yes. Powell is going to split time with Matt Forte and Elijah Mcguire, and Lacy will do the same with all the backs in Seattle. Henry has been great when he gets snaps, and he’s getting a large majority of them now with the Chargers winning.

That’s how I have it in our rankings, but they’re all close. Hundley carries a little more risk, but he’s got weapons and will have to score against Drew Brees and the Saints.

I would say yes. Despite being available in almost 40% of ESPN leagues, Agholor is the 12th best fantasy receiver through six weeks, and Carson Wentz would likely work him and Zach Ertz over the middle instead of testing Norman.

Do it. It’s important to not chase championships by putting the future in jeopardy, but I don’t think you’re doing that, as I’d rather have a high-to-mid 1st round pick next year than Beckham, so getting John Brown to help you in 2017 and beyond is just an added bonus.