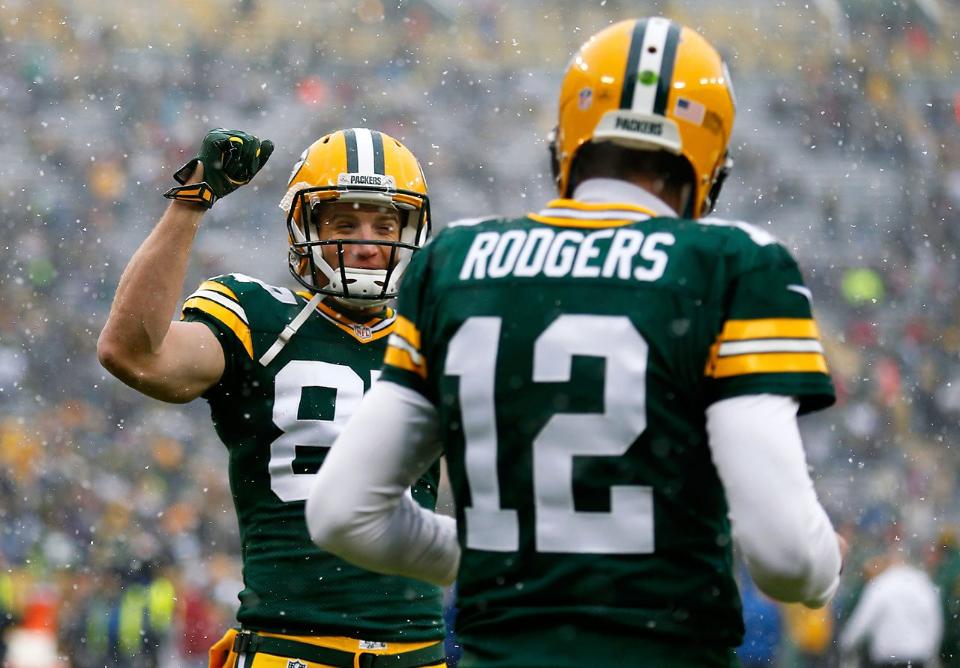 
Keep sending your questions to contact@wolfsports.com and I’ll answer them every Friday (and you’ll also get an email reply almost immediately). Check out our Week 8 rankings for all your start/sit decisions.

Any playoff investments I should make? I’m 6-1. – Ross

Is Teddy Bridgewater worth a look if he returns soon? – Justin

I think if all three of Sam Bradford, Bridgewater, and Case Keenum are healthy, the Vikings will go with Bradford, but his return may unfortunately not happen in 2017. That sets up Teddy to take the job as soon as Week 10 (after Minnesota’s bye), and he has the talent and weapons to put up numbers. However, quarterback is completely stacked, so unless you’re in a two-quarterback league, he’s probably nothing more than a streaming option.

Should I make it three in a row with Hunter Henry in the FLEX? This time over Devin Funchess and Bilal Powell. – Andrew

That’s really close between Henry and Funchess, as both have terrific matchups this week. I would lean Henry because there should be more scoring opportunities in the Patriots-Chargers game.

What went wrong with Terrelle Pyror? Should I drop him? – Robert

You can read all about what went wrong in my “Overvalued 2017 Fantasy Receiver” article from the offseason, but basically, Pryor just isn’t as good as the fantasy community thought he was. I think you can drop him, especially if Josh Doctson is sitting on the waiver wire.

Why is Latavius Murray ranked as an RB2 against the Browns top run defense? – Will

Well, it’s a shallow week with six teams on bye, but more importantly, I like betting on talent. Despite some unprofessional, self-proclaimed experts taking lazy shots at his ability, Latavius Murray is a really good football player, and he shut a lot of people up against the Ravens last week. Also, he’s seen his workload increase each week as the starter as he gets healthier from offseason ankle surgery, and the Vikings should be playing ahead in London.