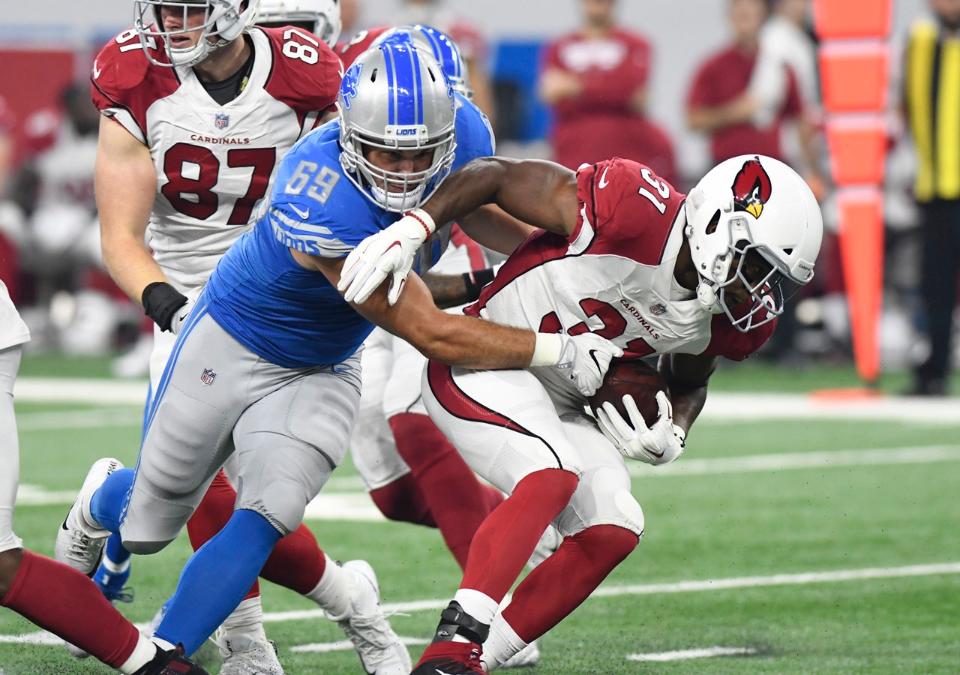 
Keep sending your questions to contact@wolfsports.com and I’ll answer them every Friday! Check out our Week 2 rankings for all your start/sit decisions.

Good question and one that can’t currently be answered by the rankings because I have Amendola in them, but I’d go Hogan if he sits. [NOTE: Amendola was ruled out Friday afternoon.] The Saints might try to take away Brandin Cooks, so that could lead to a really big day for Hogan after what Adam Thielen and Stefon Diggs on Monday night.

I’ve been offered Charcandrick West for Jonathan Stewart. Should I make the trade? I have Kareem Hunt. – Emma

No, I don’t think you should. Jonathan Stewart handled 20 touches in Week 1 and he should handle at least 15 touches per week. Christian McCaffrey might actually be a good thing for the veteran because he makes the entire offense better, which will lead to more scoring opportunities. I wouldn’t worry about handcuffing Hunt with West because it should be a full-blown committee (and the Chiefs might even bring someone in to be the starter) if Hunt goes down.

Should I even keep Andrew Luck on my roster? – Kev

Luck is a superstar player and has been at least a solid QB1 throughout his career, so while quarterback is a deep position, I think it’s hard to drop him because he might come back to hurt you later in the year. If you have an IR spot open, just keep him there for as long as you can, but if you need a roster spot, I’d try trading him before I just drop him.

Jamaal Charles or Adrian Peterson for my FLEX spot this week? – Will

I have Charles ranked 30th and Peterson ranked 34th, as it was pretty clear in Week 1 that Charles has a more stable role. For the rest of the season, I think AD because he has more left in the tank, but Charles looked good last week and I feel like he might have a nice game against Dallas on Sunday.

So in a PPR league I had David Johnson and Allen Robinson, should I trade Tyreek Hill for James White and Corey Coleman? Or try to get someone else? – Brennan

Now this is how you go about losing two of your top players; there was no complaining in this question, but instead trying to adjust and survive. In a PPR league, I would pull the trigger. Despite Mike Gillislee’s three touchdowns, James White was New England’s most effective running back in Week 1, and Coleman is going to be the focal-point of the expected-to-be-trailing Browns all year. Hill has tremendous upside every week, but I think he’s still a WR2, and you’re getting a RB2 in White and a potential WR2 in Coleman if he stays healthy. It obviously counts, but 56% of Hill’s production last week came on a busted coverage, and without it he would have had 58 yards, and that was with the defense mostly focusing on taking Travis Kelce away.