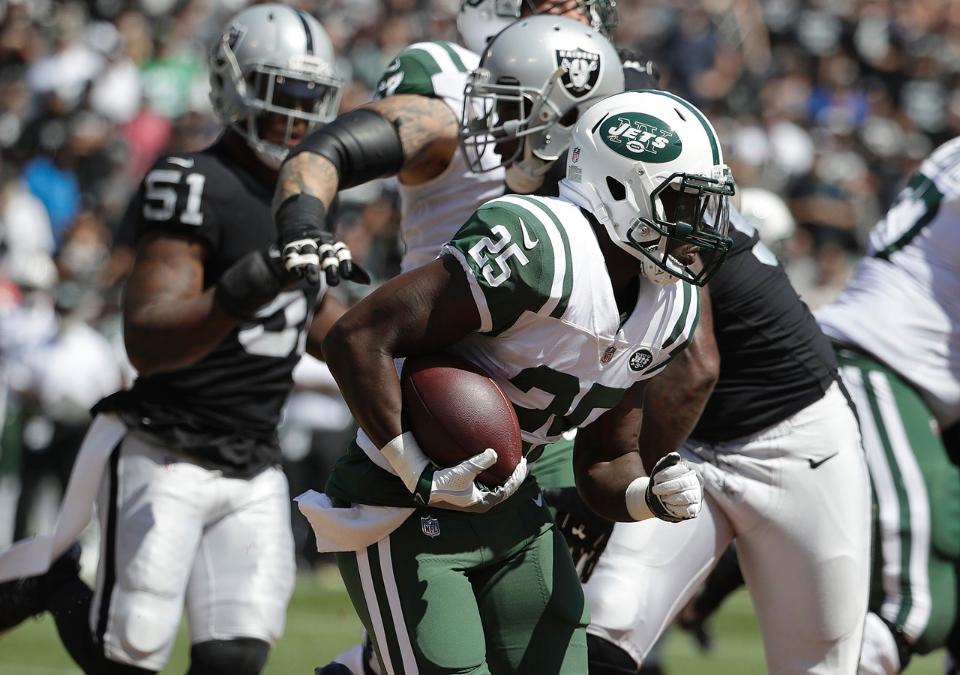 
Keep sending your questions to contact@wolfsports.com and I’ll answer them every Friday! Check out our Week 3 rankings for all your start/sit decisions.

Who will be this year’s Jay Ajayi/Jordan Howard breakout star? – Steve

In 2016, Ajayi got his first start in Week 5 and Howard got his in Week 4, and neither guy looked back. This year, there are a variety of candidates, including D’Onta Foreman (HOU), Samaje Perine (WAS), Wayne Gallman (NYG), Elijah McGuire (NYJ), Marlon Mack (IND), and Matt Dayes (CLE), among others. Out of those, I’ll say one of the New York guys because Gallman is an all-around player and McGuire is someone the not-contending Jets will give more touches as the season progresses (and he had seven last week).

How much more time should I give Cam Newton before getting a new QB? – Brett

Newton has a really easy schedule for the rest of the season, with the only matchup that scares me being Week 14 against Minnesota. That said, if he struggles at home against the Saints, it’s probably time to stick Cam on the bench. For what it’s worth, he’s a top-three option for me this week.

Should I trade Doug Baldwin for Doug Martin and Jamison Crowder? PPR – Nick

Yes. I expect Baldwin to pick it up, but I expect Crowder to pick it up, too, and Martin can be a legitimate RB1 when he returns in a couple weeks. I’d pull the trigger if Crowder wasn’t even included, so this is a definite win for you in my opinion.

Good to get Ty Montgomery for Crabtree and Crowell? – G

No doubt. Montgomery is a near every-snap player, which was the only concern with him and why I didn’t have him higher than 14th overall and my RB7 for draft rankings. I think he’s a matchup-proof, top-five option for the rest of the season.

Eddie Lacy wasn’t even active last week. Is it smart to drop him for Samaje Perine or J.J. Nelson? – Evan

Yeah, I’d rather have both those guys than Lacy at this point, especially if you need a starter for Week 3. Chris Carson and Thomas Rawls look like they will split early-down carries for Seattle.