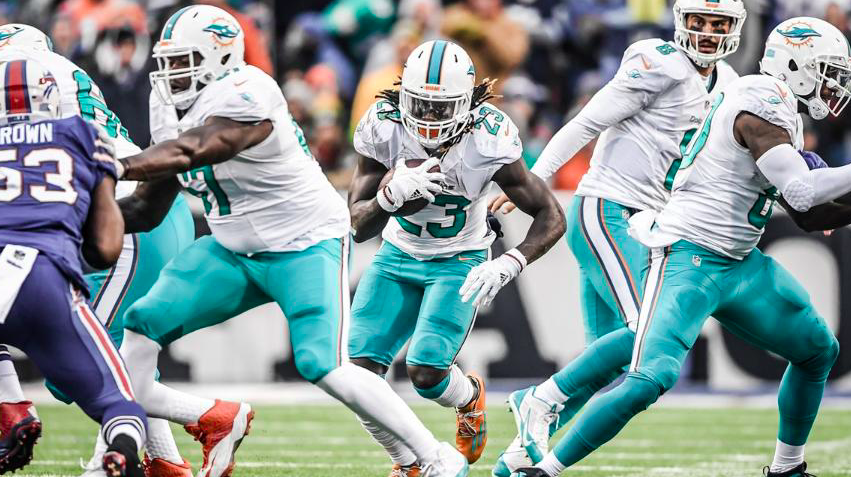 
No fantasy football until September? Not so fast. You can play the Playoff Challenge on NFL.com or another game on another site. We will have rankings before each round of the playoffs, but no playoff-long rankings—if you play that type, you just need to predict which players you think will accumulate the points most throughout the postseason. For example, you wouldn’t choose Matthew Stafford as your quarterback if you think the Lions are losing in the first round… We will have some early 2017 season rankings soon.

Aaron Rodgers is the easy #1 play with Tom Brady and Matt Ryan each having a first round bye… Ben Roethlisberger and Russell Wilson is a close call, but Big Ben gets the edge against Miami… Matthew Stafford has a seemingly daunting task in Seattle, but the Seahawks have been a lot worse without Earl Thomas… Matt Moore will probably have to put up points if the Dolphins are going to upset the Steelers… Eli Manning has a very easy matchup with Green Bay’s banged up secondary, but his big games have been hard to predict… You’d have to be pretty bold to have Brock Osweiler or Connor Cook in your lineup.

Le’Veon Bell is always #1… It would be wise of the Packers to unleash Ty Montgomery in the postseason… Jay Ajayi went off against Pittsburgh in a 30-15 win earlier this season… Head coach Jack Del Rio said Latavius Murray needs to get the ball. He’s right; Latavius somehow only had five carries last Sunday… Lamar Miller and Alfred Blue will probably split the work as Miller returns from an ankle injury… Thomas Rawls would be higher if the offensive line was better… Zach Zenner isn’t the best running back in the league as Michael Bennett said, but he has been impressive recently… Paul Perkins should start for the Giants.

Jordy Nelson was the #1 fantasy wide receiver this year, but Antonio Brown gets the nod in a better matchup… Odell Beckham should exploit Green Bay’s depleted secondary, but they will probably shade coverage towards him… Amari Cooper says he will demand the ball this week… DeAndre Hopkins has the misfortune of Brock Osweiler at quarterback… Geronimo Allison is a better play than Randall Cobb.

The tight end position is really weak without Travis Kelce. Try to get one of Jimmy Graham or Jared Cook, and Jesse James is a good cheap option.