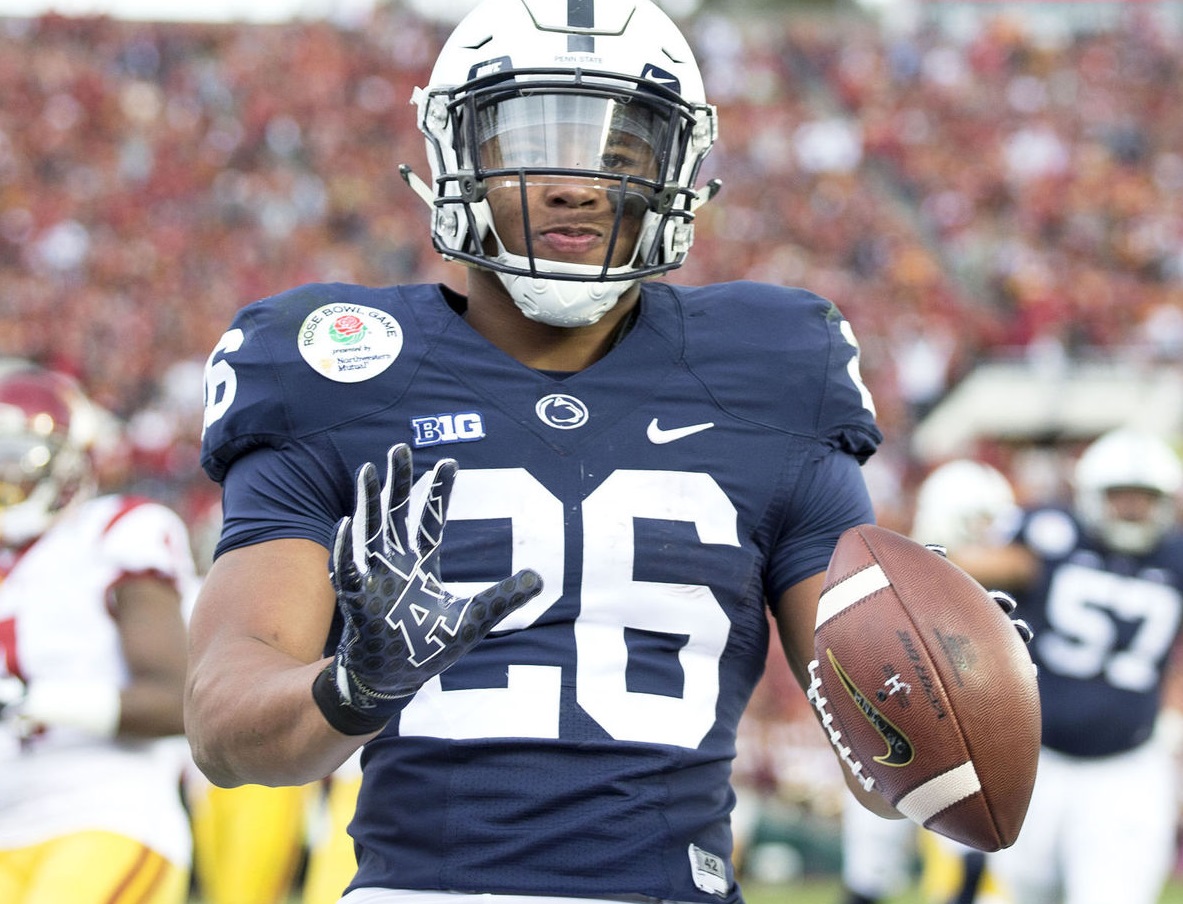 College football started last week, but some of the big games really start tonight through Labor Day. Ohio State, the favorite in the Big Ten, opens their season tonight at 8:00 PM ET versus Indiana to help kick off five days of great college football action. There will be some shocking upsets, surprise teams, and perhaps some Playoff controversy over the next few months, but we did our best predicting the season.

Yes, Louisville plays in the ACC Atlantic with Clemson and Florida State. But they get Clemson at home after just losing to them last season when they still had Deshaun Watson, Mike Williams, Wayne Gallman, Cordrea Tankersley, and company; and they steamrolled Florida State last season. The Cardinals defense was already a top-ten unit in terms of yardage last season, and mostly everyone is back and experienced. Oh, and the reigning Heisman Trophy winner is back too. It would not be surprising if Louisville went undefeated through the regular season.

Losing one of the greatest coaches in school history can’t help Oklahoma, but they should still be right in the mix in the Big 12. However, they have a tougher schedule than Oklahoma State. The Sooners have to go into Columbus and face the No. 2 Ohio State Buckeyes—not an easy task. Meanwhile, Oklahoma State doesn’t have to face a team the caliber of Ohio State, and they get to play Oklahoma at home. After both quarterback Mason Rudolph and receiver James Washington announced they were returning to school, the Cowboys made it clear they are going for a championship this season.

While it’s difficult to pick a winner in every conference, the Big Ten is by far the hardest. It’s probably the best conference in college football now, with multiple teams that are not only conference contenders, but national championship contenders. Because Michigan lost so many starters last season, it might come down to Ohio State and Penn State. The Nittany Lions are the selection here, though J.T. Barrett’s presence leading the Buckeyes makes this a toss-up. With superstar running back Saquon Barkley leading the way, Penn State should be laser-focused each week after just missing out on the Playoff last season.

Since taking over as the starter in mid-late September last year, quarterback Sam Darnold has led the Trojans to a 9-1 record, including a stunning come-from-behind victory in the Rose Bowl over Penn State. In that game, Darnold led a 17-point fourth quarter and broke Vince Young’s Rose Bowl record for total yards (473). Despite losing JuJu Smith-Schuster and Adoree’ Jackson, among others, USC is crazy talented. The team that hasn’t lost a game since Darnold’s first start last September is looking to continue that win streak all season.

Not that it’s going to be easy, but Alabama is the heavy favorite in their conference, and deservedly so. Of course, they play in the SEC, which could mean trouble in quite a few weeks, but Nick Saban should have his guys ready to go every Saturday. After Jalen Hurts played outstanding as an 18-year-old last season, he has a year of experience after already looking like an upperclassman as a freshman. The upside of Hurts—and this entire team—is scary.

Ohio State’s Archie Griffin remains the only two-time Heisman winner, and he did it in 1974 and 1975. Over 40 years later, Louisville’s Lamar Jackson is looking to do the same thing. However, there are many players in the Heisman mix—perhaps more so than recent years. J.T. Barrett, Baker Mayfield, Jalen Hurts, and others would not surprise one bit if they won the award, but these three should probably be the favorites.

The presumptive number one pick in the 2017 NFL Draft (if he leaves school) has a lot of hype surrounding him entering this season. The Heisman Trophy of USC’s last Heisman winner, Reggie Bush, is vacated, but it was from 2005 and Darnold is looking to get USC tied with Ohio State and Notre Dame for the most Heisman winners (would give them the most, with eight, if you still count Bush’s). If Darnold can lead the Trojans to an undefeated season and into the Playoffs, he’ll have quite the case to win the award.

When Jackson and the Cardinals were on their game last season, he completely dominated—it’s why he received nearly 80% of the possible points in the Heisman race. Jackson had 1,571 yards and 21 touchdowns rushing…and he’s a quarterback. He also threw for 30 touchdowns compared to nine interceptions last season; so if he improves his accuracy (56.2 completion percentage in 2016), the numbers could be even more astronomical this year.

There are not many people out there like Saquon Barkley. He’s about 230 pounds with amazing strength, but runs a 4.3 and has amazing footwork. Barkley is simply an all-around back that isn’t just very good at everything—he’s excellent at everything. The junior running back might have one of those legendary seasons and give the Heisman voters no choice but him.

Everyone would sign up immediately to see a Rose Bowl rematch from last year’s undeniable classic—and it might just happen. It’ll be another classic this time around, but Penn State wins to capture their first Rose Bowl victory since their undefeated 1994 seasons.

While Alabama would no doubt be the favorite in this game, Lamar Jackson could present some major problems for Nick Saban’s defense. Alabama lost its last two Sugar Bowl appearances (in 2014 against Oklahoma and in 2015 against Ohio State in the Playoff Semi-Final). However, the Crimson Tide offense should be one of the best ones under Saban, and they should have enough to get to their third-straight national title game.

Penn State hasn’t won a national championship since 1986, but they can still be considered a blue blood. And of course, Alabama has 16 national championships. This would be a great one if it were to happen, but Alabama is the pre-season selection as the winner of the 2018 College Football Playoff National Championship