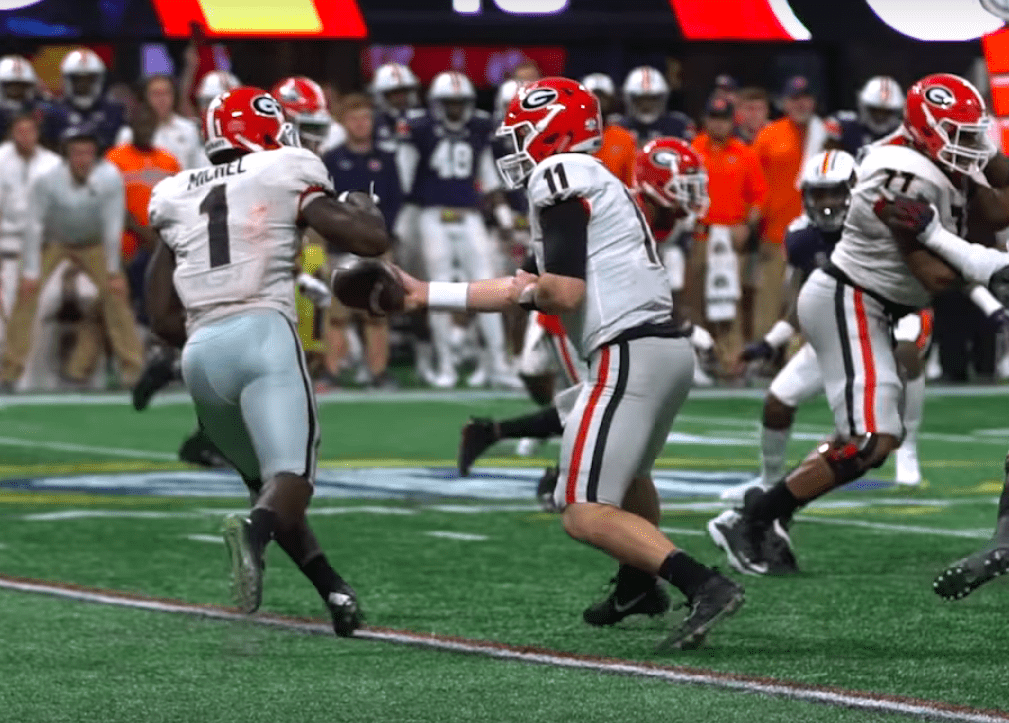 
Since the College Football Playoff started with the 2014-2015 season, there have been some very exciting games that have matched the hype built around the actual selection of the teams. While there is some major discourse again this season, with the Big Ten champion not getting in the Playoff, these two games tonight still have the look of great ones. Vegas has 2.5 lines on both games, and they are basically complete toss-ups. I won’t be surprised with whatever happens later today, but here’s how I see the games playing out.

You know this game should be awesome when it might be more highly-anticipated than Clemson and Alabama facing off again. It’s the Heisman Trophy winner Baker Mayfield and the 44.9 point-per-game Oklahoma offense (fourth in the nation) against Georgia’s 13.2-point-per-game scoring defense (third in the nation)—a classic battle between offense and defense. Mayfield and the Sooners dominated against Ohio State earlier this season, but they haven’t played any team close to as strong as the Bulldogs in the Big 12. And offensively, Georgia has one of the best rushing attacks in the country led by Nick Chubb and Sony Michel, with freshman quarterback Jake Fromm bringing balance to the offense. If Fromm plays as well as he’s played all season, the SEC champions are going to be tough for Oklahoma to stop. Mayfield has been outstanding this season, but I think Georgia is too strong overall.

If the last two national title games are any indication, this year’s Sugar Bowl could be one of the best in the history of the classic bowl. Both teams are obviously stacked from top to bottom and might have the two best coaches in college football, so we should expect a well-played game that goes down to the wire. For some reason, Alabama quarterback Jalen Hurts is getting some criticism despite leading the team to two straight College Football Playoffs. The kid just turned 19 years old in August, and he left the title game last season with the lead before Deshaun Watson broke the hearts of Alabama fans—how impressive he’s been at such a young age cannot be overstated. Now Kelly Bryant is in at quarterback for the Tigers, and the game might come down to that position for both teams. I think Hurts will make a lot of plays, but that the Clemson pass rush will make plays of their own late to win a close one.