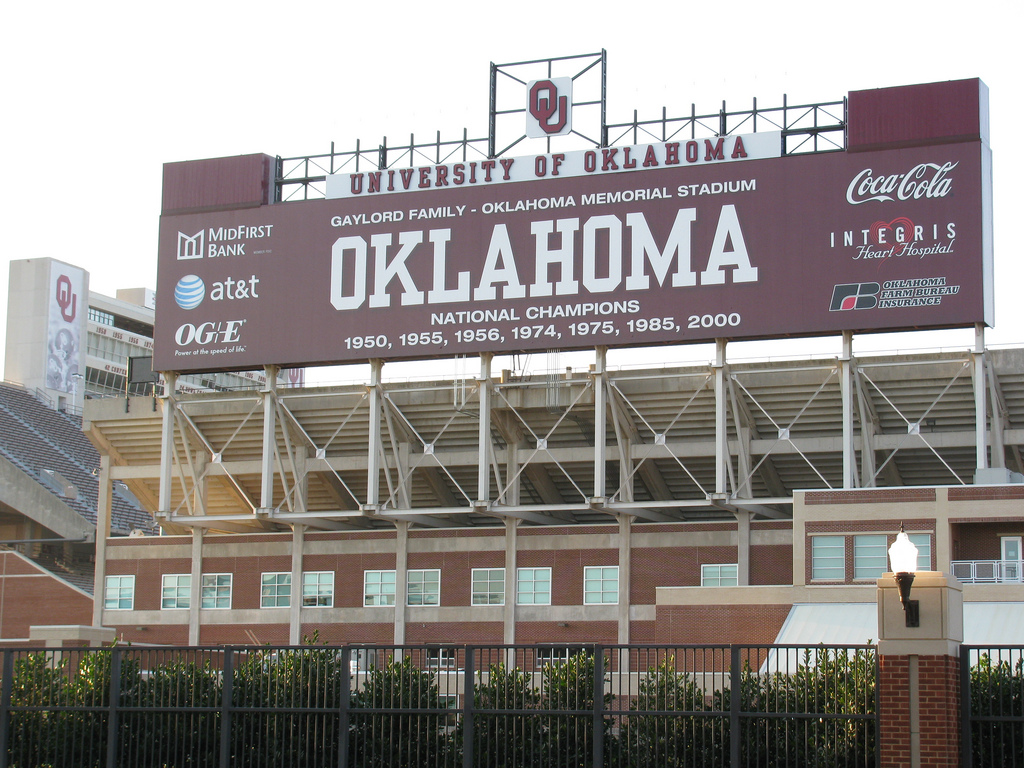 They had a huge win two Saturdays ago over Penn Sate, but Ohio State fell to Iowa and fell all the way out of the top ten. They weren’t alone, though, as the Nittany Lions themselves also lost again—this time to Michigan State. Suddenly, it looks like Wisconsin might be the only hope for a Big Ten team making it in the College Football Playoff. A couple games this week could serve as elimination games, though, and there are a lot more shakeups still possible.

The primetime matchup with LSU was fun, as both teams actually played some defense in it. Alabama needs to travel to Mississippi State this weekend, and the Bulldogs are undefeated at home so it won’t be an easy one for the Crimson Tide.

Georgia already has a spot in the SEC Championship Game locked up, as they’ve clinched the SEC East en route to their first 8-0 record since 1982. Even with their division clinched, this weekend at Auburn will be a big one for the team the Playoff Committee has in the number one spot.

For all the talk about Big Ten teams like Penn State, Ohio State, and Michigan (and Michigan State is also very good, which shouldn’t be surprising with Mike Dantonio as their head coach) coming into the season, Wisconsin is the only undefeated team left in the conference—and everyone else has at least two losses. You could say their schedule hasn’t been as tough, but they’re taking care of business and desereve to be in the top four.

It wasn’t easy, but Clemson got it done in primetime on the road versus a ranked NC State team. The offense, led by Kelly Bryant, had a solid all-around game, and the defense picked it up in the second half after allowing 21 first-half points. This Saturday in a rivalry game against Florida State probably won’t be easy, despite the Seminoles’ struggles this year.

The lack of defense—on both sides—was kind of hard to watch in the Bedlam win over Oklahoma State, but Baker Mayfield and Oklahoma got it done to improve to 8-1. It was a de facto CFB Playoff elimination game, and this weekend is probably another one against the Horned Frogs.

Miami apparently didn’t impress the Committee that much, as they surprisingly were almost entirely out of the top ten in the initial rankings released last week. But Mark Richt and his team continues to rack up the wins. This Saturday night against Notre Dame could determine if one of these teams can eventually make the Playoff.

Notre Dame has been rolling teams, as aside from their loss to Georgia on September 9, they’ve won every game by at least 11 points. Over the weekend against Wake Forest was that 11-point margin, and it didn’t even seem that close. It’ll be interesting to see them against the undefeated Hurricanes this weekend.

After their first loss of the season to Iowa State, TCU bounced back with their win over Texas last Saturday. Now, they’ll have to travel to Norman to face the Sooners in a huge Big 12 showdown. After the losses of Ohio State and Penn State over the weekend, the Horned Frogs are squarely back in the Playoff mix.

There might not be a team getting slept on more than Washington. Their loss on October 12 to Arizona State wasn’t good, but the Huskies have blown out everyone else they’ve played this season. It’s a 10:00 game for east coasters, but this Friday night against Stanford is critical.

The loss to Michigan State makes it two straight for the Nittany Lions, but it’s not like they’ve played terribly in either of the games. They were by a combined four points, and they were in Columbus and in East Lansing. There are other teams in consideration for this final spot, including Michigan State and Auburn, but for now Penn State remains in the top ten.