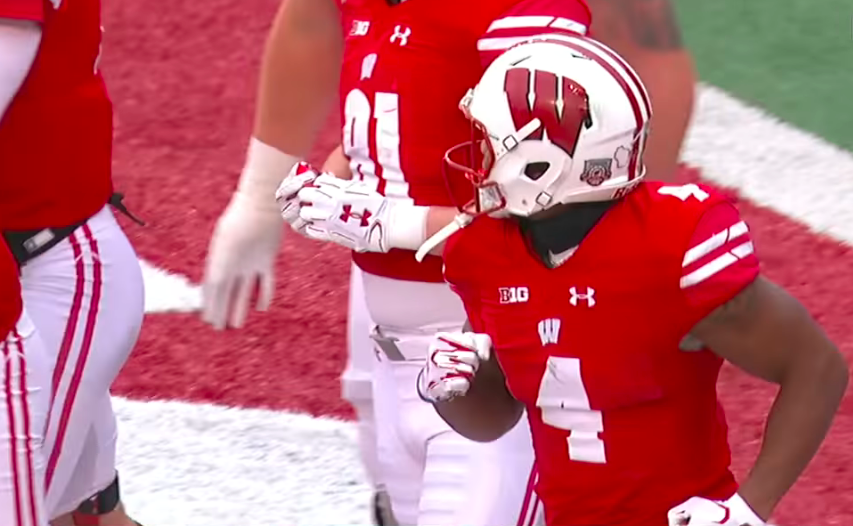 
In a week that included a lot of tune-up games heading into Rivalry Week, the entire top ten remained the same. No. 3 Wisconsin had the toughest test of the week, pulling away from then-No. 24 Michigan. There will certainly be some changes over these next couple of weeks, with some huge games coming up.

The stakes in this year’s Iron Bowl are about as high as they can get, with a trip to the SEC Championship on the line. We’ve seen some instant classics over the years between the two squads, and this one should be no different. There’s still a scenario of Alabama getting into the Playoff even with a loss, but Nick Saban will have his guys ready to play on Saturday.

They might have been dealing with a bit of a hangover after the huge win a couple Saturdays ago over Notre Dame, but Miami separated from Virginia with 30 unanswered points in the convincing win. The Hurricanes now need to get past Pitt—a team that’s had its share of upset wins over the last two seasons—before facing Clemson in the ACC Championship.

Michigan might not even be ranked in the top 25 this Tuesday, but Wisconsin still had a great win over them. They continue to beat the teams in front of them, and they should be ranked in the top four. Despite the apparent disrespect from the Committee, the Badgers should control their standing over the final two games before the four Playoff teams are determined.

It would’ve been one of the biggest shockers in the history of sports if Clemson lost to Citadel, so it’s no surprise they easily took care of them last Saturday. Now the Tigers have a rivalry game against South Carolina where anything can happen—they can’t look ahead to the ACC Championship versus Miami.

It started with the Kansas captains not shaking Baker Mayfield’s hand, but it ended with Mayfield acting immaturely toward the Jayhawks. And in between, Oklahoma won by 38 points. They aren’t a lock for the top four after next week, as an Alabama loss would probably mean Auburn vaults ahead of them while the Crimson Tide remain above them.

This Saturday against Alabama is another de facto Playoff elimination game for Auburn, and if they win and then win again in the SEC Championship over Georgia, they would have to be in the top four. 3:30 PM ET on Saturday should be a blast.

Georgia versus Georgia Tech is almost always close, and GT has won two the last three against the Bulldogs. While Georgia has an SEC Championship to play in a couple weeks, a loss to Georgia Tech could still be the end of their Playoff hopes. They should be able to get it done.

The Nittany Lions cannot get into the Big Ten Championship game, but there’s still a scenario where they make the Playoff. They’ll obviously need some help, but Saquon Barkley and Penn State in the top four would be a major threat to whoever they play.

While they’ll be facing an unranked Michigan team, it’d be a surprise if “The Game” wasn’t close. The Wolverines play tough defense and, though a lot of their players from last season are gone, they’ll want to get some redemption after they felt the officials cost them last year’s game. If Ohio State wins, they might be in excellent Playoff position heading into the conference championship against Wisconsin.

Scott Frost and undefeated UCF continue to dominate almost every game they are in behind one of the best offenses in college football. Now they’ll face one-loss South Florida in perhaps the biggest matchup between these two schools since they’ve started playing each other.