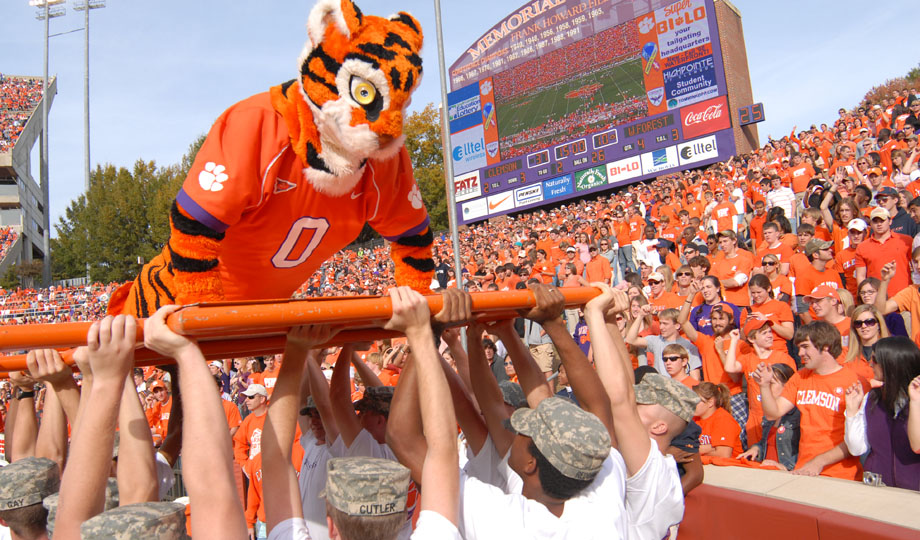 
A crazy weekend in which both No. 1 and No. 2 in the College Football Playoff rankings were defeated makes an intriguing second-to-last rankings reveal this Tuesday. These rankings will be different than the Committee’s, but this is where everyone stands heading into conference championship week.

Most people still seem to have Wisconsin outside of the top four in their rankings, but the Badgers are the only Power Five team that’s still undefeated. The argument is they haven’t had an extremely difficult schedule compared to other teams, but the bottom line is they’ve taken care of business and beaten everyone in front of them. A loss to Ohio State in the Big Ten Championship would cause them to drop out of the top four, but for now, they belong in the top spot.

The Friday the 13th loss in October to Syracuse, when they looked nothing like the elite team they are, seems like a distant memory at this point. Clemson, who just destroyed rival South Carolina on Saturday, is the favorite in the ACC Championship over Miami, which would guarantee a spot in the College Football Playoff. Even if they lose a close game, it’s not out of the question they still get in the Playoff if other stuff happens (an Oklahoma loss, for example).

Auburn’s two losses have been at Clemson and at LSU in one-possession games, and right now, there might not be a team in the country that’s playing better than them. The Bulldogs have wins over the No. 1 team in the nation (Georgia and Alabama) in two of their last three games, and they now have a chance to win their conference. They could’ve lost to both Georgia and Alabama and the talk of getting rid of Gus Malzahn would’ve still probably been crazy. It’s even crazier now.

As the number one team for basically the entire season, one loss to an Auburn team (in Jordan-Hare) that’s playing lights out isn’t going to drop Alabama out of the Playoff discussion. Oklahoma’s loss in Norman to Iowa State was worse than Alabama losing at Auburn, and Bama would be favorites over the Sooners if they were to play on a neutral field. However, there are still conference championships to be played this weekend while Alabama is sitting at home, so a lot can change in a week.

Despite some of the controversy surrounding him, one of the best players in the country, Baker Mayfield, leads the Sooners and gives them a chance to win every game. Oklahoma already blew out TCU in their first matchup of the season three weeks ago in Norman, and now they square off in AT&T Stadium for the Big 12 title. The lack of defense in their conference is a concern, but Oklahoma should probably get in if they win the Big 12.

Georgia has had the SEC East locked up for a while now, and Kirby Smart is a good bet to have his squad ready to play when they face an Auburn team that convincingly beat them earlier in November. If Georgia wins the SEC, they’ll clearly leapfrog a few spots and be in the top four for their first appearance in the College Football Playoff.

The loss to Pitt isn’t the end of the world for Miami, but now they have to beat Clemson in the ACC Championship to get in the Playoff. If their only loss of the season was a close one in the conference title game to the Tigers, they would’ve still had a good case to be in the top four anyway. Mark Richt and his team still must know a win over what might be rated as the No. 1 team in the nation when the rankings are released on Tuesday night and an ACC championship would make it difficult to leave them out of the Playoff.

It really is mind-boggling that everyone continued to talk about a two-loss Notre Dame as a Playoff contender while completely ignoring Penn State. The Nittany Lions lost in Columbus to Ohio State by one point in an extremely close game, and then they lost at Michigan State by three points after a long delay which might’ve been very uncomfortable in the small visitor locker rooms in East Lansing. Based off the eye test, Penn State is a scary team—and they should be in the discussion if TCU beats Oklahoma.

A win in the Big Ten Championship over the only undefeated Power Five team remaining would be a huge sticker on the helmet for the Buckeyes, and it would vault them right into the discussion for a spot in the College Football Playoff. J.T. Barrett’s health is a bit of a question mark, but it’d be surprising if the senior leader wasn’t out there for Ohio State on Saturday night.

Scott Frost’s team is very fun to watch, as his program gives a glimpse of what a Chip Kelly-led UCLA team could become in a couple seasons. The Golden Knights’ offense is a huge challenge for opposing defenses, as it’s not just a traditional spread offense that a lot of teams are running. It’d be fun to see UCF in a New Year’s Six bowl, but they need to beat Memphis in the AAC Championship.