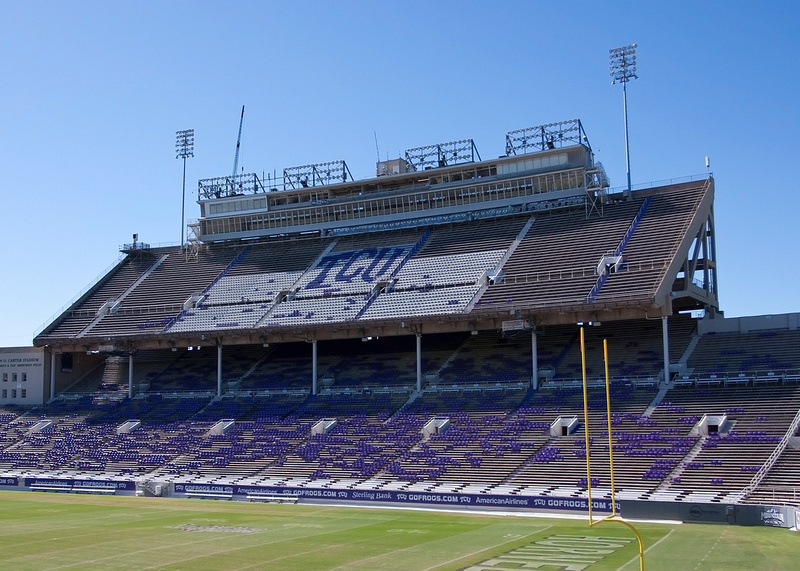 
After a solid week that was capped off by one of the most thrilling games of the season when Penn State walked off with a touchdown as time expired against Iowa, it probably made everyone realize how great college football is—especially when the NFL Sunday was headlined by politics (despite some great games there too). Oklahoma State and Oregon both lost on Saturday, and they’ve fallen out of the top ten, but here’s where everyone else stands:

It’s hard to be much more dominant than Alabama was against Vandy on Saturday. The Crimson Tide should easily take care of Ole Miss this weekend.

After a relatively slow start, Clemson ended up running away from Boston College to improve to 4-0. This week, they’ll travel to Blacksburg, Virginia to take on Virginia Tech, who are also 4-0.

That was a bit close for comfort against the now-0-4 Baylor Bears, but Oklahoma will take the win. Baker Mayfield again picked up a ton of yardage through the air, throwing for 283 yards on just 13 completions.

Was that a game on Saturday night or what? The Nittany Lions survived in Iowa City against the Hawkeyes—something a top-five team hasn’t done in the last three trips there.

USC hasn’t necessarily looked pretty getting it done, but they’re 4-0. This might sound a bit crazy, but Sam Darnold (seven interceptions) is showing some flashes of Ryan Fitzpatrick—obviously a super version of the 2015 Jets Fitzpatrick, but still.

Maybe it’s because of Jim Harbaugh, but it feels like a lot of people don’t want Michigan to win anything. Every week there’s talk of them looking sloppy, but they’re picking up wins. The Wolverines have a bye this week, which should help get the offense clicking.

The Huskies came away with a convincing win at Colorado, which is very impressive. They should keep it going against Oregon State this weekend.

This might be too low for Georgia, as they have a win over a Notre Dame team that actually looks pretty good, as well as a blowout win over Mississippi State. Maybe Mississippi State had a letdown after their big win against LSU, but Georgia belongs in the top ten right now.

One of the best wins of the season so far belongs to TCU, who went into Stillwater to take care of the Oklahoma State Cowboys. Former Texas A&M quarterback Kenny Hill is playing very well for the Horned Frogs.

Wisconsin drops a spot because they had a bye while TCU and Georgia picked up big wins. The Badgers play Northwestern this Saturday.