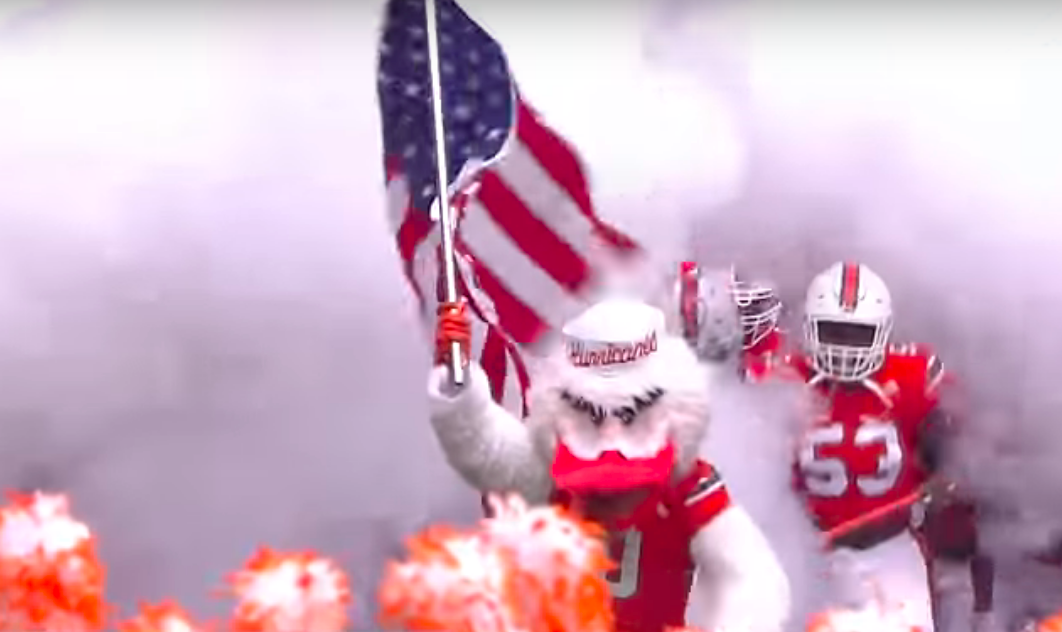 
Last Saturday of college football wasn’t seen as one that had a great slate of games—but in true college football fashion, it was an excellent week that included two top-ten upsets. Oklahoma’s early-Saturday loss to Iowa State was obviously a stunning loss that no one saw coming, and the Sooners are now out of the top-ten while also keeping in mind their near-loss to Baylor in their previous game. And Michigan

For most people, it’s probably great to hear Nick Saban said he wants his players to listen to him instead of listening to the media. Alabama went to Texas A&M and got a hard-fought win in a game that probably wasn’t as close as the score indicated, but it was still Bama’s closest of the season. They get Arkansas this Saturday.

The Tigers again took care of business, defeating Wake Forest by 14 points at home. Quarterback Kelly Bryant did injure his ankle in the game, but he’s expected to be good to go on Friday against Syracuse. It’s possible a Friday night game up in New York is a bit tricky, but that probably won’t be the case for Clemson.

Penn State continues to show the balance of the offense, as the Trace McSorley continues to complete passes at a higher clip (67%) than last year (57.9%), but some more home run shots should come moving forward. They might need it after they return from their bye and face Michigan in a couple weeks.

With Florida’s loss to LSU while Georgia destroyed Vandy, the Bulldogs have off to a commanding lead in the SEC East. The dominant running game of Georgia, which is 11th in the nation, paired with a defense that’s currently second in the nation in points allowed per game, should keep them in every game. They are looking like real national championship contenders.

And Washington is third in the nation in points allowed per game (10.2), and they’re second in yardage allowed per game. The Huskies don’t look like they are going anywhere this season with head coach Chris Petersen leading the way. They play at Arizona State this Saturday.

Coming off a bye, TCU survived a close one against West Virginia and improved to 5-0. The Horned Frogs are seventh in the country with 44.4 points per game, and the defense has shown it can get stops when it has to. This Saturday at Kansas State is a sneaky one, so watch out for it.

After a 249-yard performance against Nebraska, it might be time to give freshman running back Jonathan Taylor some Heisman consideration. His running wild helped the Badgers break away from the Cornhuskers in the second half. Their next opponent, Purdue, is no slouch, but Wisconsin should be able to improve to 6-0.

Auburn remains the only team with a loss in the top ten, and they’ll have a game in Baton Rouge this Saturday that will determine if they stay. Auburn’s run defense isn’t that strong, but LSU’s rushing attack isn’t as strong as some past years so far. They should be 6-1 after Saturday.

Washington State survived another tough test, and they passed with flying colors by beating Oregon, 33-10, in Eugene. The passing offense is third in the nation, but Mike Leach led team is playing very well on defense too, as they are 11th in yardage allowed.

The final spot in the top ten was the toughest, as USC, Oklahoma, and Ohio State were all options. But the undefeated team gets the nod. Miami survived a very close one against Florida to get their first win over Jimbo Fisher. Georgia Tech could obviously present some issues this weekend.