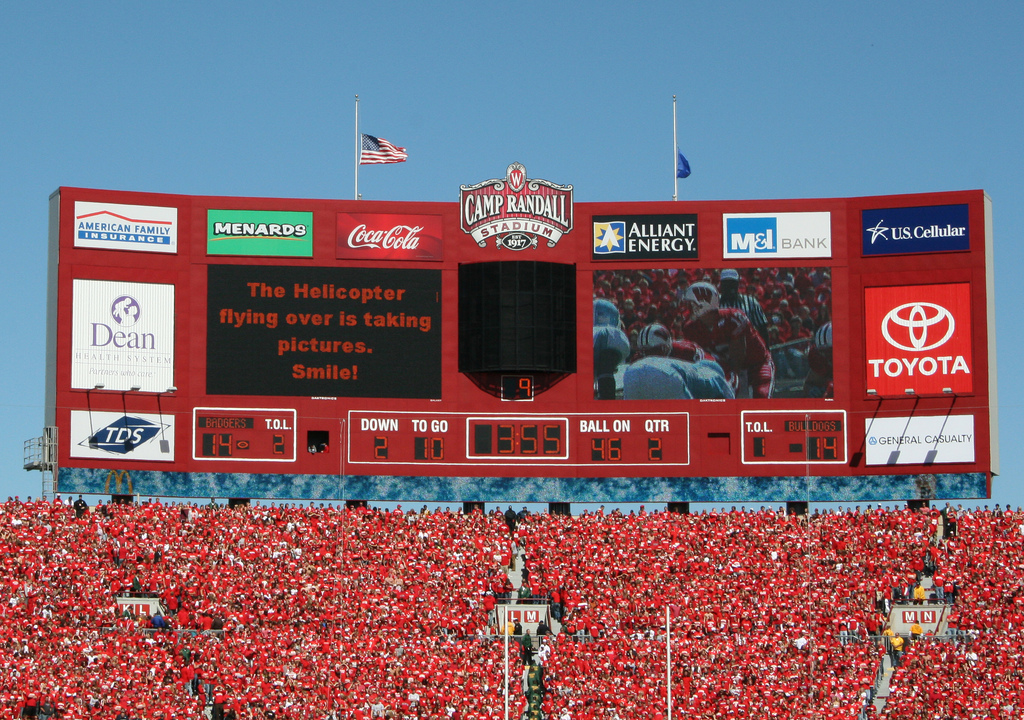 What a week in college football. For a weekend that didn’t look very promising on paper, it turned out to be memorable—and crazy—one. Friday the 13th brought fright to two top-ten teams, as Clemson and Washington State both fell in the rare October occurrence, and then Auburn and Washington both lost on Saturday. So the power rankings have some major shakeups, including three new teams that were not in the top ten last week.

While their former player Dabo Swinney is the head coach at Clemson, those in Tuscaloosca probably didn’t mind seeing the Tigers lose this weekend. The Crimson Tide remain the consensus number one in the country, and it’d be a surprise if they had trouble against Tennessee on Saturday.

With Clemson’s loss, Penn State is now the clear number two in the nation. And they’ll have to continue to earn it if they’re going to stay there, as Michigan goes to Happy Valley this Saturday in what should be one of the best games of the season.

The Bulldogs continue to dominate this season, as they are outscoring their opponents by an average of 24.5 points per game. Jake Fromm and the passing offense isn’t lighting the world on fire, but they’re doing enough to help balance out the great rushing attack. They have a bye this week.

Playing at Kansas State is never easy, but TCU won 26-6 behind strong defense to improve to 6-0. The Horned Frogs return home to face the 1-5 bottom-of-the-conference Kansas Jayhawks. TCU is in a good position to be one of the first four in the initial College Football Playoff Rankings, but they need to stay undefeated.

They had a scoreless second half against Purdue, but the Badgers took care of business and won 17-9. Jonathan Taylor is already over 1,000 rushing yards this season, and he’s looking like the next great Wisconsin back. The Badgers are winning their games by an average of 23 points per game.

That Friday the 13th loss to Syracuse in the Carrier Dome was simply stunning. The Orange pretty much did whatever they wanted offensively, picking up chunk plays and icing the game when they had to. Hopefully quarterback Kelly Bryant ends up being OK after suffering a concussion on a bad hit early in the game. Despite the setback, Clemson should not be counted out of anything yet.

Wow. Another nail-biting finish for Miami has them as one of the six undefeated Power Five teams left. Wins like the ones they are picking up should give the team confidence to win in any situation. They need to defend their home field against the team that just upset Clemson, as they face Syracuse on Saturday.

The Red River Rivalry had another great chapter over the weekend, as Baker Mayfield and the Sooners came up clutch in the end, and the defense made a key stop late and showed they can make plays when needed despite giving up a 17-0 lead in the game. The Sooners will have their chances to keep climbing the rankings.

There is clearly an argument for Ohio State being higher than number nine. Since their September 9th loss to Oklahoma, the Buckeyes have been averaging 52.6 points per game while allowing only 56 total points during that five-game stretch. That’s dominant. Like OU, OSU will have their chances to get right back into the Playoff conversation. They have a bye before playing No. 2 Penn State.

Considering their only loss was to the fourth team in the rankings and the fact that their offense can score with almost anyone, Oklahoma State is back in the top ten after being out of it for a couple weeks. They’ll travel to Austin to face a Texas team that’s been playing people tough despite their .500 record.