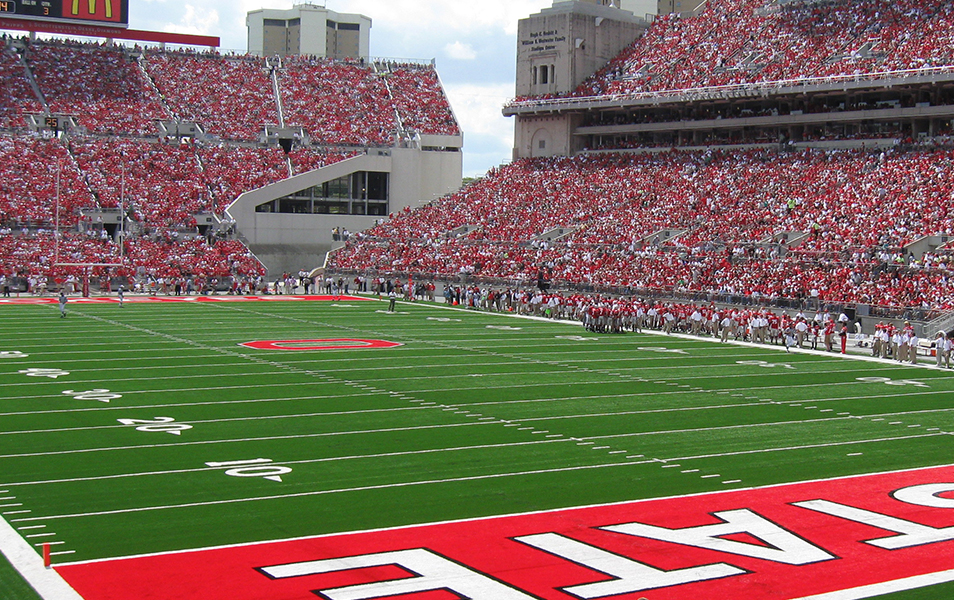 Tomorrow night, the first College Football Playoff rankings of the year will be released. And after a couple of big losses on Saturday, a lot is up in the air—and a lot will be debated after the Committee releases the rankings.

The Crimson Tide had their bye, so they are not fresh on the Playoff Committee’s minds. Still, if Alabama is number one, no one is really going to argue that. No. 1 or No. 2, take your pick. But they’ll be in the top two.

The end of Jim McElwain’s tenure at Florida came after a blowout loss to Georgia. The Bulldogs have looked like the most dominant team this season, and it would not be the least bit surprising to see them in the top spot when the rankings are released. For right now, college football’s two most-dominant teams reside in the SEC again.

While they haven’t played the competition of some of the other teams in the top ten yet, Wisconsin has taken care of business and remains undefeated in perhaps the toughest conference in college football. If great freshman running back Jonathan Taylor is out for any time with his left leg injury, guys will need to step up for the Badgers.

A one-point loss in Columbus to Ohio State should not drop Penn State as far as it did in the media rankings. They remain in the top four, and it has to do with a few factors. One, Ohio State still has the OU loss at home on their resume. Two, Penn State would probably be the favorites at a neutral site. And three, the loss was by one point and came down to the wire. People are so reactionary, but the Nittany Lions have been a top-four team in college football so far this season.

Quarterback Kelly Bryant sure looked healthy on Saturday night, as Clemson dominated in their 24-10 win over Georgia Tech. You can certainly make the argument for them being as high as number three when the initial Playoff rankings are released tomorrow. The upset loss to Syracuse on Friday the 13th looked nothing like this team’s potential—but they’ll have opportunities to make up for it.

Oklahoma’s loss to Iowa State looks a lot better now, as the Cyclones also upset TCU to pick up their second top-four win of the year. The Sooners arguably have the best win of the season, when they ran Ohio State off the field in Columbus; it just happened early in the season. Yeah, their recent wins have been close against teams you’d like to see them blowout, but they are still one of the best teams in the country.

When the first Playoff rankings are released, the Buckeyes might be in the top three or four. However, they lost at home to another one-loss team (Oklahoma), and no matter how early in the season it happened, that should matter. They need to be behind Oklahoma, and Oklahoma is number six; thus, the number seven ranking for the Buckeyes. There is no denying the offense has looked so much better since early in the year, as they are getting their crossing routes working and J.T. Barrett is hitting his receivers on them.

Miami keeps getting it done, but their lack of impressive wins allows Oklahoma and Ohio State to jump ahead of them. They can make a statement in prime time against Virginia Tech this Saturday night, and the undefeated squad might have a bit of a chip on their shoulder if they don’t like where they are ranked tomorrow night.

Similar to Penn State’s only loss, Notre Dame has a one-point loss to a superb Georgia team—however, their loss came at home in South Bend. It’s a tricky situation, as you can make the argument that their loss to a top-two-to-three Georgia is enough to have them closer to the top four. It’s also fair to keep in mind that Notre Dame gets more hype than a lot of schools when they are good.

Kenny Hill and the offense struggled in TCU’s first loss of the season at the hands of the upset-master Iowa State, putting an obvious dent in their Playoff hopes. However, they still have a great win over Oklahoma State on their resume, and the Horned Frogs also get a crack at Oklahoma in a couple weeks. That doesn’t mean they should look past Texas this Saturday, though.