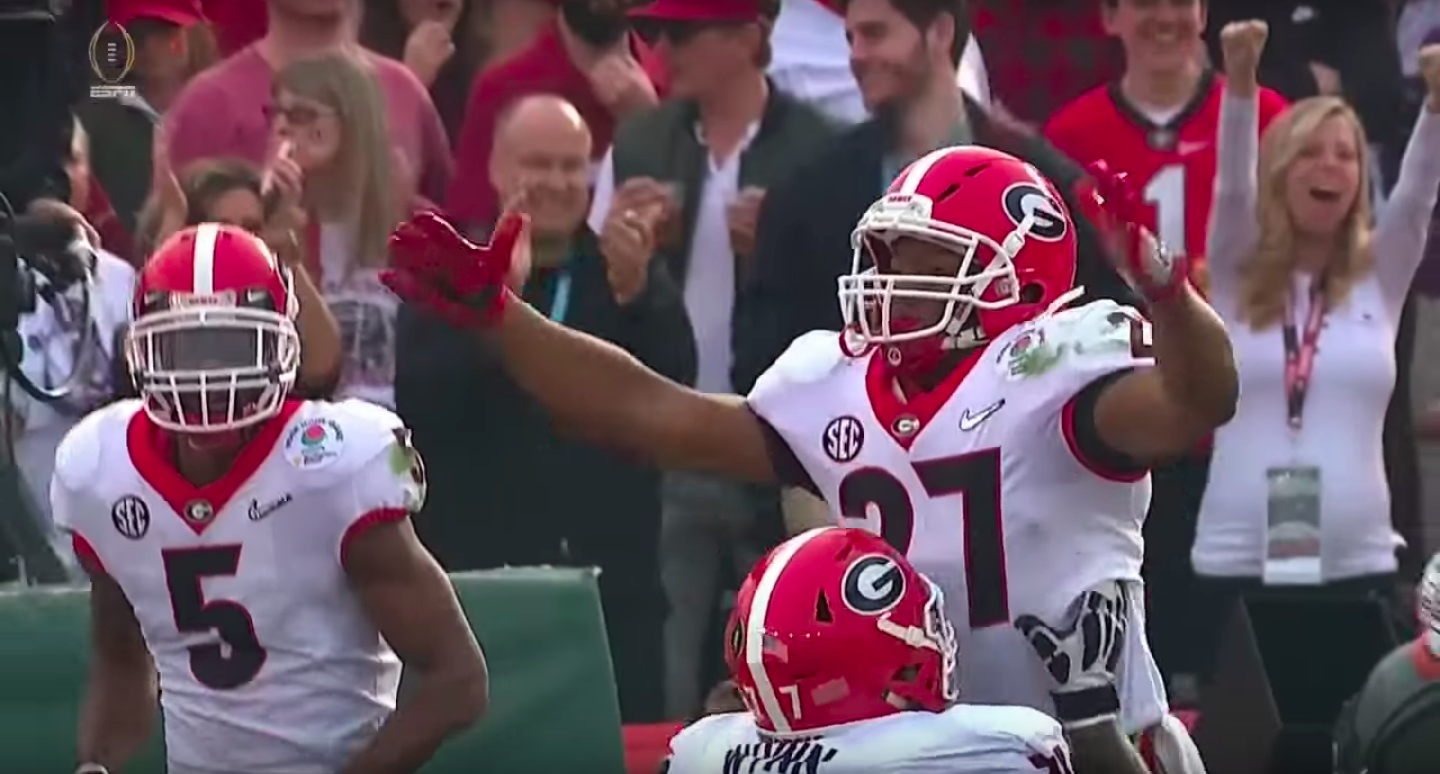 
The college football season ends tonight with the College Football Playoff National Championship in an all-SEC matchup between Alabama and Georgia. It has been a long several months dating back to winter training, and everything for these two teams culminates on the field at Mercedes-Benz Stadium in Atlanta, so there’s a good chance both sides are ready to play and we get a spectacular game. Here’s how the Crimson Tide and the Bulldogs stack up in some key statistical categories, with nation rank:

Stats can tell a story, but the most important thing is watching the play on the field. And if you’ve watched, these two teams have been near clone copies of each other this season—which is no surprise, as Georgia head coach Kirby Smart was Nick Saban’s defensive coordinator at Alabama from 2008-2015. A big storyline will be “teacher versus pupil,” but Smart has done a superb job with the Bulldogs and should really be out of Saban’s big shadow already.

The determining factor in the game might come down to who runs the ball better and first and second down to set up more manageable third-down situations that allow for play-action and big plays down the field. While Alabama has the number one run defense in the nation, Georgia is led by senior runners Nick Chubb and Sony Michel, and both can break a game wide open. In the Rose Bowl against Oklahoma, Chubb and Michel combined for 25 carries for 326 yards and five touchdowns on the ground (and Michel added a receiving touchdown) for an absurd 13.04 yards per carry. As a Big 12 team, Oklahoma is obviously not close to the stout defense that Alabama is, but Georgia can run wild on anyone if they’re in a rhythm on offense.

Statistically, Alabama isn’t that far behind Georgia in terms of running the ball. They do have some excellent runners including Damien Harris and Bo Scarbrough that can put teams away late in games, but Georgia has the more explosive running game overall. Quarterback Jalen Hurts is also a big threat as a runner, and Georgia’s athletic linebackers like Roquan Smith will need to contain him when he breaks the pocket.

Another big key for Georgia on defense might be containing Calvin Ridley, who can make big plays down the field for the Crimson Tide. If Bama is able to run the ball consistently, it might be difficult to stop Hurts moving out of the pocket and hitting Ridley when he’s in single coverage. Hurts might not be the most precise passer, but he can be a handful when Alabama’s offense is clicking, and he has the big-game experience despite being just 19 years old as a true sophomore.

On the other side, true freshman quarterback Jake Fromm has shown he has ice in his veins as Georgia’s starter. Last week in the College Football Playoff Semifinal win against the Sooners, Fromm delivered pinpoint passes to his receivers, giving them a chance to make plays; and he never looked close to being rattled, including when he threw a strike on a dig route for a first down late in the game. This could be a future number one overall pick in the NFL Draft, and he’ll attempt to win a national title in his first college season.

Initially, I thought Georgia would win the title game. Then I thought a healthy Alabama team that looked to be on a mission against Clemson in the Sugar Bowl would win. But I’m going with my initial feeling, as Georgia has two elite senior runners and a calm freshman quarterback that I am confident in. Either way, hopefully this game is as good as many think it might be.