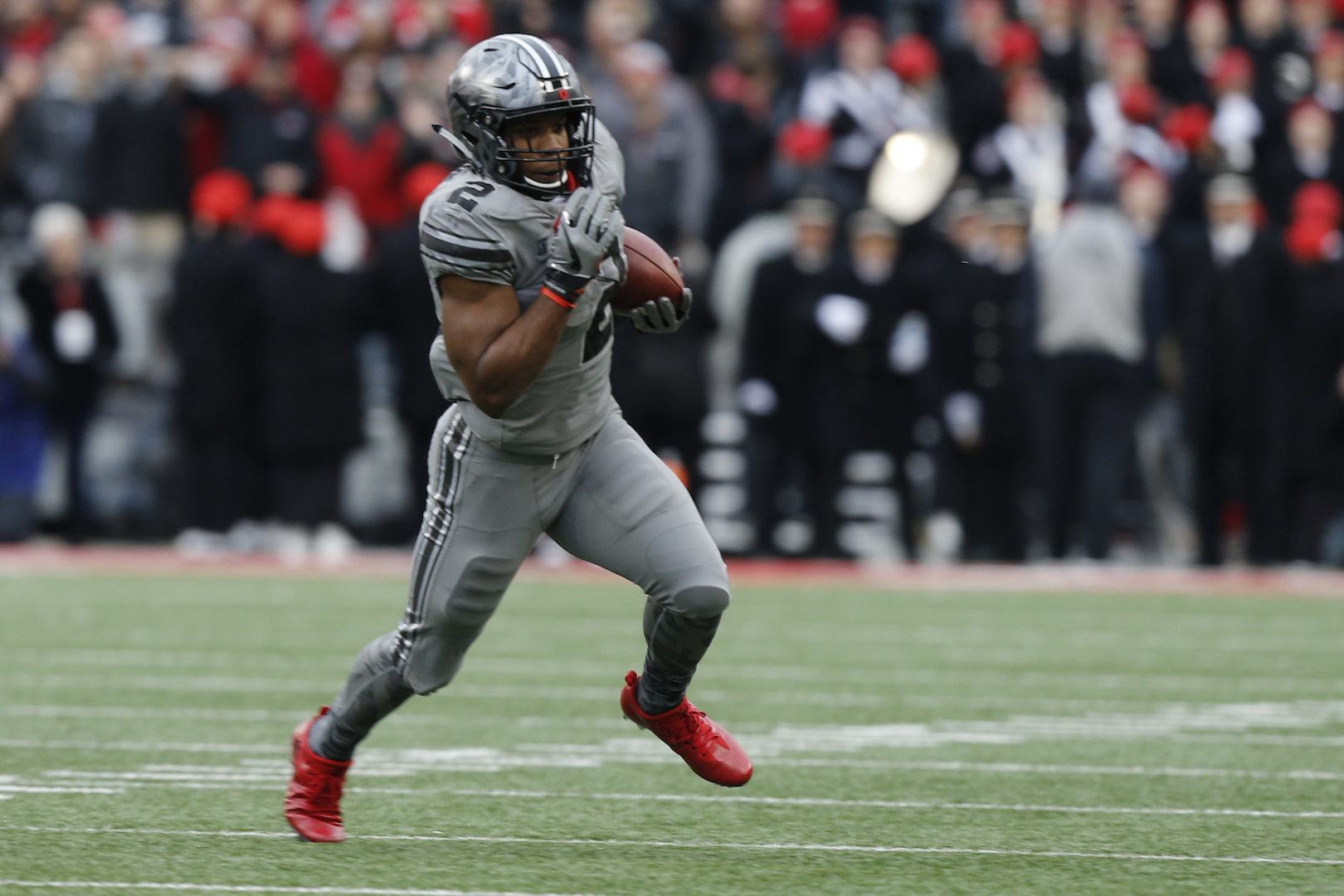 Is your team in? 👀 pic.twitter.com/L3TlkqmqCA

There was a lot of intrigue about where Oklahoma and Ohio State would be ranked, and the Sooners edged out the Buckeyes for the No. 5 spot despite OSU’s rout of Michigan last weekend. With Alabama and Georgia playing in the SEC title game, this sets up Oklahoma to potentially take the No. 4 spot in the decisive CFB Playoff rankings, which will be released this Sunday at noon ET. However, there are plenty of scenarios that can play out this weekend. Here’s a breakdown of how each team gets into the Playoff—or doesn’t.

If the Crimson Tide wins the SEC, they’ll obviously be the No. 1 team when the rankings are revealed on Sunday. However, there’s still a chance they get into the Playoff with a loss—in fact, the assumption is that, barring a blowout loss, Alabama is already in.

-Beat Georgia in the SEC Championship.

-Lose a relatively close game to Georgia in the SEC Championship.

-Get blown out in the SEC Championship, but Oklahoma and/or Ohio State lose. Considering Ohio State lost in a blowout against Purdue, Alabama might still get in. The Crimson Tide getting in after a blowout loss is probably a longshot if OU or OSU claims a conference title, though.

As an undefeated Power Five team, Clemson is in a similar situation to Alabama. If they win, they’re certainly in. A loss in the ACC title game is where things would get very interesting. If it’s close, the eye test might still be enough to still get the Tigers in over Oklahoma or Ohio State, but probably not.

-Beat Pitt in the ACC Championship.

-Lose a close game to Pitt in the ACC Championship, with Alabama beating Georgia, and Oklahoma OR Ohio State losing their conference title game.

As an independent, Notre Dame is fortunate enough to sit at home while the other top-six teams play in conference championships. Given the prestige of the program and an undefeated record this season, the Fighting Irish are near locks to make the Playoff field.

-Sit at home; they are likely to get in.

Where things could potentially get interesting

-Oklahoma or Ohio State destroys in their conference title game

Three conference champions (Clemson, Georgia, Oklahoma/Ohio State) including OU or OSU in convincing fashion, along with an Alabama team that’s been No. 1 all year and would have a case for being the No. 2 team with a close loss to Georgia, could lead to the Fighting Irish getting leapfrogged two spots on Sunday.

At No. 4 in the penultimate rankings, beating Alabama in the SEC Championship Game would guarantee a spot in the College Football Playoff. But there are other ways Georgia can get into the field.

-Beat Alabama in the SEC Championship.

-Lose a razor-close game to Alabama in the SEC Championship and hope the Committee thinks they’ve proven they are a top-four team.

-Lose relatively-close game to Alabama in the SEC Championship, while two of Clemson, Oklahoma, and Ohio State lose.

-Destroy Texas in the Big 12 Championship to avenge their loss earlier this season, with the Committee thinking that’s enough to put them over an at-home Notre Dame or the SEC title game loser.

Considering the circumstances and the fact that they were an underdog (despite the game being in Columbus), Ohio State might have the most-impressive win of the season after their blowout versus rivalry Michigan. Northwestern isn’t as strong as Michigan, but another blowout win where the offense looks unstoppable and the defense makes plays would give the Committee a lot to think of Saturday night into Sunday morning.

-Beat Northwestern in the Big Ten Championship, while Clemson, Georgia, and Oklahoma all lose.

-Destroy Northwestern in the Big Ten Championship, leading to the Committee declaring the eye test determines they are playing as well as anyone right now and must be in the top-four as a conference champion in the first or second toughest conference (with wins over No. 7 Michigan, No. 12 Penn State, and No. 21 Northwestern).

Basically, the Ohio State situation has a lot of scenarios where a combination of losses or close losses by teams in front of them make it something that’ll be strongly debated.

What if Clemson, Georgia, Oklahoma, and Ohio State all lose by like 20+ points this weekend? Considering Michigan themselves just got routed, Clemson would still get in over them as a one-loss team. But the Wolverines might have a case to get in over others as a one-loss team that still has the No. 1 defense in terms of yards per game. A three-loss Big 12 champion Texas might also get consideration, but them getting in would be anarchy. In the unlikely scenario of Clemson, Georgia, Oklahoma, and Ohio State (or even just three of them) all losing big, it could open up an opportunity for UCF—unfortunately without quarterback McKenzie Milton—to get their shot in the College Football Playoff.